Hezbollah’s involvement in the Syrian conflict has been a point of controversy within Lebanon across all sects, writes Elie Hajj. 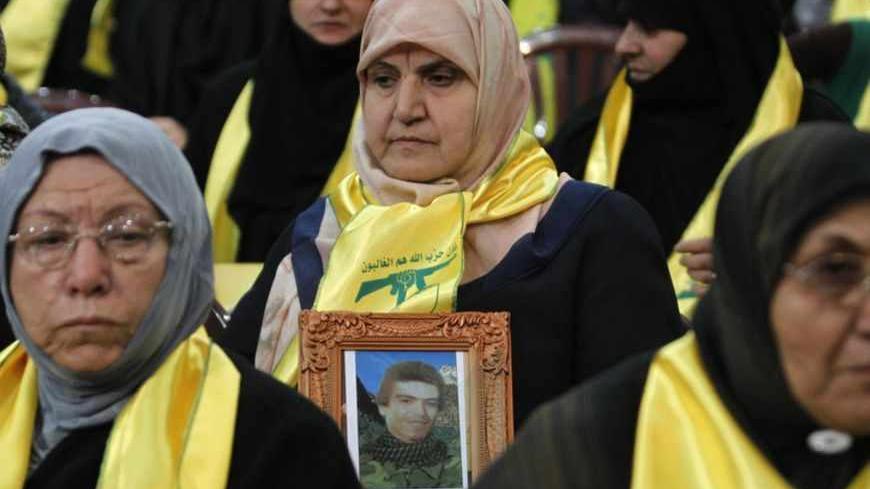 The first repercussion felt in [Lebanese] Sunni society following the outbreak of fighting in Syria — which forebodes a long civil war — has been embodied in the popular rise of extremist Islamic powers, to the detriment of the moderate Future Movement. The reason for this goes back to the fact that Islamic movements, most notably the one led by media sensation Sheikh Ahmad al-Assir, do not give much importance to national considerations. Instead, they publicly call for jihad — even though they are not capable of it — in Syria to defend the rebels. These calls befit the tendencies of the Sunni public, especially the poor, who have not for some time now been provided subsidies from the Future Movement due to a scarcity of resources.

“Regaining the support of this group is a very easy task in the medium term,” according to a member of the Future Movement’s parliamentary bloc who spoke to Al-Monitor. He admitted, however, that Hezbollah's explicit invovlement in the fighting in Syria, which is seen more and more by the public as being driven by sectarian motives, has become a burden on the Future Movement. This movement’s supporters are demanding decisive and tangible decisions and stances in support of the rebels. “We have no intention, of course, to go beyond media and political support and the aid we are providing for displaced Syrians in Lebanon,” he said.

The limits the Future Movement has drawn give a wider margin for Sunni extremists, whose organizations and movements are still keeping ties, albeit hidden and brittle, with intelligence agencies and parties that are somehow close to the Syrian regime. They even maintain ties with Hezbollah, a group that is supposed to be their rival, as noted by the member of the Future Movement.

The atmosphere among Shiites seems calm on the surface. Lebanon’s Shiites have given in to the leadership of Hezbollah, yet with uneasiness and a load of questions each time the body of a Hezbollah fighter is buried in their town, as was affirmed to Al-Monitor by public figures in the south, the Bekaa and Beirut’s southern suburb.

Those within the Shiite community who oppose Hezbollah rely on the support of political and religious figures, such as the former Secretary-General of Hezbollah Sheikh Subhi al-Tufayli, who announced in a televised interview on April 25 that the number of deceased Hezbollah fighters — whom he did not refer to as martyrs — amounts to 183, while the wounded were in the hundreds. He vehemently criticized Hezbollah’s involvement in the ongoing fight in this neighboring country.

Tufayli has distanced himself from his stances of the 1980s, when he was a close supporter of the Iranian revolution. Yet, this reconsideration of positions did not push American officials to nullify the verdict issued against him. Tufayli is wanted on charges of bombing the US Marines headquarters in Beirut and the headquarters of the American Embassy. This is in addition to charges of hijacking planes and taking foreign hostages at the beginning of 1980s, during which the Shiite party skyrocketed into prominence. The Americans conveyed this position to some figures who consulted them regarding this issue. It should be noted that Sheikh Tufayli could be of great significance in the Shiite opposition to Hezbollah.

Tufayli is not the only Shiite cleric to have a different view from that of those in charge of the religious establishment in Iran, for reasons related to jurisprudence and Velayat-e faqih. Moreover, there are many politicians who fundamentally differ from the party for purely political and intellectual reasons, such as the former leftists.

It should be noted that another branch of this category (the former leftists) displayed partial support for the religious party, either for ideological reasons or because they chose to put the principle of "resistance to Israel" over any other consideration.

One thing's for sure: All Shiite opponents [to Hezbollah] found in the Shiite involvement in Syria a chance to pounce and "take revenge" on the party and its leadership, which had marginalized them as much as possible in the past. However, the party’s supporters find it very easy to respond to these critics, through statements they make or posts they leave on social networking sites. They ask about the number of people who visit or shake hands with each one of these [opponents] when they visit their villages or towns, pointing out that these are mostly isolated voices in the Shiite world, compared to the broad and sweeping support that Hezbollah receives.

While most, but not all, of Lebanon’s Druze are still committed to the position of support for the revolution in Syria against President Bashar al-Assad, they are still keen on respecting the policy of their leader [Walid Jumblatt], the head of the Progressive Socialist Party, by dealing with Hezbollah in Lebanon. This complicates matters and makes it impossible to form the government that Prime Minister-designate Tammam Salam — the Future Movement’s ally — was tasked with forming. Without the participation of Hezbollah — or its blessing for that matter — Jumblatt will not participate in the government of Salam. This, in turn, makes [the government] lose the majority needed to win the confidence of the House of Representatives.

The same applies to the process of seeking a consensual law for the parliamentary elections. In these two processes, Jumblatt — and his community by extension — can shift the balance, thus forming a majority with the side it chooses to support. In short, it is against Hezbollah in Syria but it is indulging the party in Lebanon without opposing its policy, even if it occasionally criticizes its weapons and their use.

As far as Christians are concerned, all they needed was the kidnapping of the Syriac Orthodox and Greek Orthodox Archbishops in Aleppo. This raised concerns about the Syrian Revolution and the developments in the neighboring country, although nothing proves that the rebels or the Islamists were in fact the culprits of this kidnapping.  In the absence of an authority in whose provisions and inclinations they trust, they all prefer to keep as much distance as possible and limit their interests to the affairs of the community and its leaders, as well as to the parliamentary elections and who would run in the elections against whom, thus avoiding an issue they feel they cannot handle.

It should be noted that despite its involvement in the ongoing war in Syria to defend the regime of its ally Assad, Hezbollah is pushing for the continuation of the Lebanese state’s recognition of the legitimacy of the party’s weapons under the guise of the “resistance.” The first consequence is the fast decline of hope during the last few hours to see a new government formed by Prime Minister-designate Salam.