Ali Hashem asks, If Hezbollah was not responsible for the drone downed over Israel, who was? 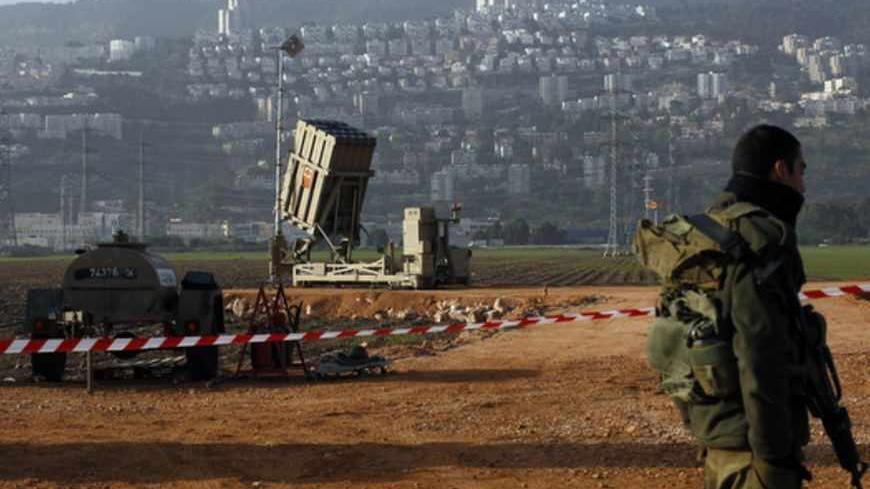 A drone was downed just a few kilometers from the shores of Haifa, around 30 km (20 miles) from the border with Lebanon. This was not the first time a drone from the north had flown over Israel, but always before, there was only one party to claim responsibility: Hezbollah. Not this time.

The Israeli media was busy analyzing this alleged move by Hezbollah, Arab media was busy parroting the Israeli analysis, and Israel was busy searching for the wreckage while Hezbollah was putting pen to paper, denying any connection.

From the moment the Lebanese Shiite group denied the action, those who first celebrated it started asking, if it is not Hezbollah, then who did it? The Hezbollah denial was short and clear: "Hezbollah denies that it sent any of its planes to occupied Palestine."

A statement by the UN interim force in Lebanon said that it still has no definite information regarding the drone sent into Israel from Lebanon.

When the news of the drone first emerged, many linked it to the situation in Syria. Israeli analysts suggested that it was an attempt by Hezbollah to divert attention from Lebanon's northern borders with Syria, where Hezbollah is said to be fighting alongside the Syrian Army against the rebels, to Lebanon's relatively calm southern border, where Hezbollah's longtime enemy, Israel, sits. The anti-Hezbollah Sunni cleric Sheikh Ahmed al-Aseer commented on his Twitter account, "Sending a drone to occupied Palestine is an attempt by [Hezbollah chief Sayyed Hassan] Nasrallah to divert attention from the crimes he is committing in Syria, and to say he is still resisting Israel."

What happened in the skies over Haifa? To Israel, it is obvious a drone from the north flew for eight minutes before being downed by fighter jets. The rest is only conjecture. Was it spying on Israeli gas fields in the north, or were there intentions to strike a certain target in Haifa? Is this another attempt by Hezbollah to show that it has the initiative? Will this be a routine Israel has to get used to?

For certain, Israeli intelligence and defense institutions are trying to find answers that might help the Jewish state in tackling such an attempt the next time.

As for Hezbollah, there were no drones launched from its side. Sources close to the group told Al-Monitor that they were skeptical about the whole story, given that no other organization in Lebanon has drones, including the Lebanese army. One source stated, "For 10 years, Hezbollah has launched several drones toward occupied Palestine. The last time was less than a year ago. [Hezbollah] always announced it. Why are they going to cover up today when they might be in need of it much more than any other time?"

According to the source, Hezbollah "has enough courage to face the whole world with such an act. It's nothing. They did it several times." The source then accused Israel of planning something. "Israel is looking for a pretext to launch a war on Hezbollah. Today, they know the high level of hostility between Shiites and Sunnis, and they think in any future war, Hezbollah will be cornered — from the south, by Israel, and from the north, by the Syrian rebels." He added, "This is another illusion they want to believe."

The source close to Hezbollah concluded by asking, "Why didn't we see the wreckage? Why was there no video showing the interception?"

The last time a Hezbollah drone flew over Israel was in October 2012. Then, Hezbollah announced that one of its drones, called Ayoub, had approached the Dimona nuclear reactor to the south after flying over the sea and penetrating Gaza's airspace. The drone was airborne for three hours before being intercepted by an F-16 jet. According to media reports, it is believed to have transmitted pictures of preparations for Israel's joint military exercise with the United States, as well as ballistic missile sites, airfields and perhaps the nuclear reactor in Dimona.

In July–August 2006, during the war between Hezbollah and Israel, at least one drone with Hezbollah's logo was downed by Israeli fighter jets after flying for tens of kilometers without being spotted. The first incident ever took place in November 2004, when Hezbollah's Manar TV announced that Mirsad 1, a Hezbollah drone, had returned safely after flying for 20 minutes over Israeli cities in the north without being spotted by Israeli radar.

So, again, what happened in the skies of Haifa? Is this connected in any way to the crisis in Syria?

For months, many have warned that the Syrian war would spill over into Lebanon, but after this incident, many fear that the fire burning in Syria will set the whole region ablaze. One hopes not.

Ali Hashem is an Arab journalist serving as Al Mayadeen news network's chief correspondent. Until March 2012, he was an Al Jazeera war correspondent, and prior to that he was a senior journalist at the BBC. Ali has written for several Arab newspapers, including the Lebanese daily As Safir, Egyptian dailies Al-Masry Al-Youm and Aldostor, and the Jordanian daily Alghad and has also contributed to The Guardian.