Hassan Rouhani, a top official during a time of warmer Iranian relations with the West, could be the standard-bearer for the reformist/pragmatist camp in upcoming presidential elections. 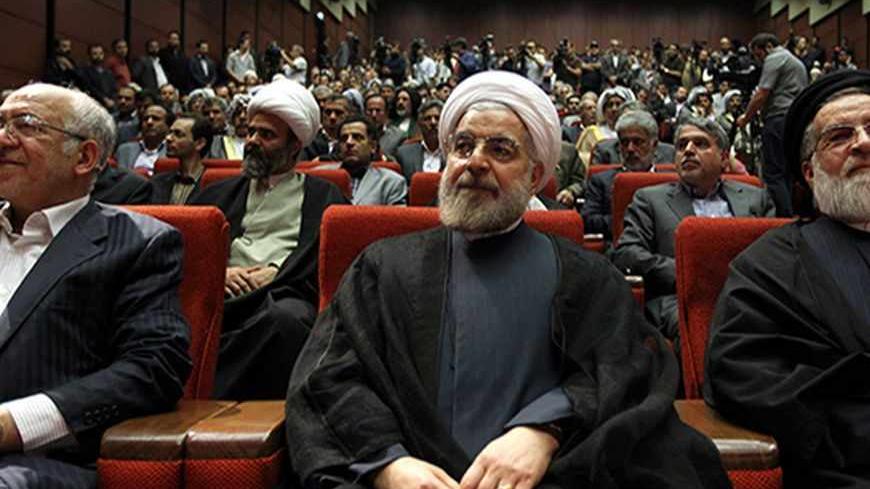 The latest addition to what is already becoming a crowded field of Iranian presidential contenders — former national security adviser Hassan Rouhani — could insure that the issue of Iran’s nuclear program figures in what might otherwise be a lackluster campaign.

Rouhani, 64, who announced his candidacy today [April 11], is closely associated with former President Hashemi Rafsanjani, who has been marginalized since his loss to Mahmoud Ahmadinejad in 2005 and especially since Ahmadinejad’s disputed 2009 re-election. However, Rouhani kept his head down during post-2009 disturbances and so has a better chance of surviving the vetting process that precedes Iran’s June 14 vote.

Rouhani served as secretary of Iran’s Supreme Council on National Security — similar to the post of White House national security adviser — under both Rafsanjani and Mohammad Khatami and led nuclear negotiations with Europeans from 2003–2005. Rouhani has been a blistering critic of the stewardship of the issue under Ahmadinejad, noting that in the earlier period Iran was able to continue important nuclear work without provoking the draconian sanctions that are now crippling the Iranian economy.

“It puts the nuclear issue front and center in a way that’s difficult to avoid,” Suzanne Maloney, an Iran expert at the Brookings Institution, told Al-Monitor, in reaction to Rouhani’s announcement.

Yasmin Alem, an expert on Iranian elections, said it was possible that Rouhani was running simply to revive his political career and return to high government office, not necessarily because he has any hope of winning the presidency.

“I think the reason why Rouhani is announcing is because he wants a post in the next government,” Alem told Al-Monitor. “This is his negotiation with the Supreme Leader [Ayatollah Ali Khamenei]. He might even withdraw his nomination at the last minute.”

Rouhani, announcing his candidacy, told supporters, “We need a new management for the country but not based on quarrelling, inconsistency and eroding domestic capacity, but through unity, consensus and attracting honest and efficient people,” according to the Mehr news agency as quoted by Reuters. “My government will be one of prudence and hope and my message is about saving the economy, reviving ethics and interaction with the world.”

While Rafsanjani did not attend the gathering, two of his children — Yasser and Fatemeh — did in a sign of the family’s support. Neither of the two has been jailed, unlike their sister Faezeh and brother Mehdi, who have both served brief jail terms for their protest activities following the 2009 elections.

There have been indications that Rouhani was likely to run

On March 30, the Tabnak website carried a report quoting cleric Hojatoislam Ali Asgari, an official close to Rafsanjani, as saying that Rafsanjani, known popularly in Iran as “Hashemi,” “would try to direct opinions of the elites and the acceptable figures of society toward a new Hashemi [who could] play a role in Iran’s exit from the current situation in the international and global arena.”

Presidential hopefuls have until May 7 to declare their candidacies. At that point, the Guardian Council, a body of 12 clerics and legal experts largely appointed by Khamenei, will decide which candidates can run — typically fewer than a half dozen.

Most attention has focused on conservatives such as former Foreign Minister Ali Akbar Velayati, current nuclear negotiator Saeed Jalili and Gholam-Ali Haddad-Adel, a former parliament speaker whose daughter is married to Khamenei’s influential son, Mojtaba. There is also the question of whether the Guardian Council will allow Ahmadinejad’s close aide and relative by marriage, Esfandiar Rahim Mashaei, to be a candidate.

Khamenei, who has declared this Persian year, which began last month, as “the year of political and economic epics,” needs at least the appearance of competition in the presidential race in order to attract sufficient turnout to provide a veneer of regime legitimacy. Hence, the Guardian Council is likely to approve at least one quasi-reformist if not an actual member of the reformist camp.

“If the reformists do not run their own candidate or one who is insignificant, Rouhani could get a lot of votes,” Roberto Toscano, a former Italian ambassador to Iran, told Al-Monitor. “He could be defined as a reformer if not a reformist.”

Rouhani, Toscano noted, has an “impeccable CV” for the Islamic Republic, including military service during the 1980–88 Iran-Iraq war and membership in parliament. Rouhani also runs a think tank — Center for Strategic Research — that has become a bastion for foreign policy realists in Iran, Toscano said. It focuses on “the national interest with very little ideology,” he said.

Rouhani is also associated with a period of warmer relations with the West and more adroit Iranian diplomacy. In a 2005 interview, he told this author that Iran was open to restoring relations with the United States if the US would stop threatening Iran and would accept Iran’s right to a peaceful nuclear program.

Iran “would like to have a suitable atmosphere for both sides to move to a better place” after so many years of estrangement,” Rouhani said at the time. “If the United States is after solving the [nuclear] problem, definitely there would be a way [to improve relations], but we don't think they are looking for a right solution,” he said. “They usually use threats, and threats cannot be a basis for dialogue.”

A former Iranian diplomat, speaking on condition that he is not named, told Al-Monitor of Rouhani, “he is one of the best strategists on politics, security and economy Iran has ever had after the revolution.”

While Rouhani is likely to appeal to some educated, upper-middle-class Iranians, others may be turned off by the fact that he is a cleric. However, given the constricted choices facing the electorate in the aftermath of the 2009 vote, Rouhani may have wider appeal.

After all, few expected that Mir Hossein Mousavi, the reformist candidate in 2009, would get much support. The former prime minister, who had been out of politics for years, sparked enthusiasm and a record turnout among young people and women, and became the standard bearer for the Green Movement. Mousavi, his wife and another reformist candidate, Mehdi Karroubi, have been under house arrest for more than two years — a potent warning to all those contemplating a presidential run that in Iran, politics is not a game for the fainthearted.

Mohammad Karroubi, one of Mehdi Karroubi’s sons, told Al-Monitor in an email that Rouhani “during the last 4 years was silent and did not say anything about harsh violence deployed by the system against demonstrators as well as political and human rights activists.” Karroubi added that while the Kargozaran (Servants of Construction) party associated with Rafsanjani would support Rouhani if Rafsanjani does not run, major reformist groups might not.