Hamas’ military wing sparked uproar when it bulldozed parts of a 3,000-year-old harbor to make way for a training zone, Abeer Ayyoub reports. 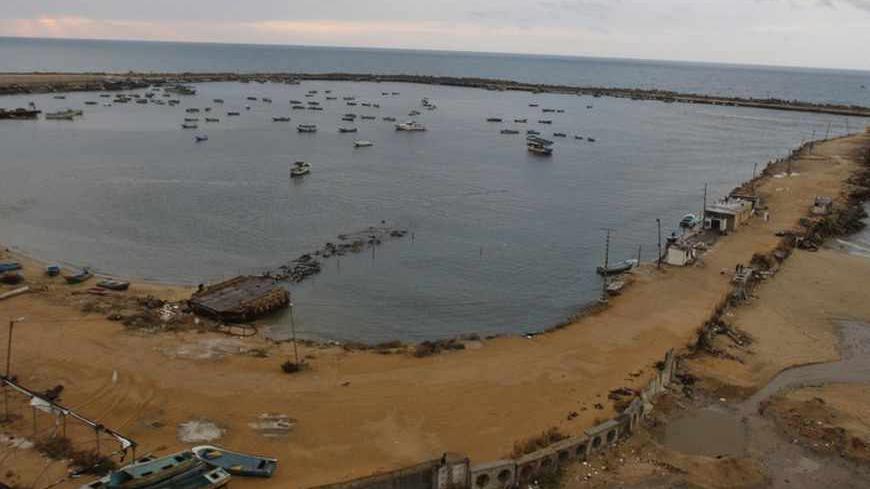 One of the oldest civilizations in the world — with a lot of historic commercial value — the Palestinian coastal Gaza Strip is laden with ancient gems. Yet due to its unstable situation, tourism has never been a sector on which Gaza could rely. Consequently, archaeological sites are not given proper governmental support.

With national division between the Hamas-run government in Gaza and its Fatah-run counterpart in the West Bank, coordination between the two ministries of tourism barely exists.

At the Hamas-run government in Gaza, responsibilities of both the Ministry of Agriculture and Ministry of Tourism were recently referred to one minister, which, according to Yusif Ejla at UNESCO’s Gaza office, places agriculture as a priority at the expense of tourism.

Ejla said that the problems with Gaza’s tourism ministry are not all about lack of funds, but lack of awareness as well. He said that officials at the ministry lack professional experience.

“The Gaza ministry's main focus has become on restaurants and hotels, while monuments are totally being ignored, and sometimes even harmed,” Ejla explained.

Earlier last month, amid overwhelming criticism from public figures and nongovernmental organizations, the military wing of the Islamic movement of Hamas, Izz ad-Din al-Qassam Brigades, bulldozed a part of the ancient Anthedon Harbor in northern Gaza along the Mediterranean Sea. The Brigades damaged the harbor in order to expand its military training zone, which was initially opened on the location in 2002, according to Ejla.

The Anthedon seaport, which dates back over 3,000 years to the Mycenaean era, is considered one of the most important sites in the Middle East and is the oldest harbor in Gaza. It was designated an international heritage site by UNESCO in 2012. The location was discovered in 1997 on the space of 180,000 square meters. It contains mosaic floors with historical pillars from the Roman, Byzantine and Islamic ages.

In a press statement, the Hamas-run Ministry of Tourism said that it is the only responsible authority over the location, and it would not permit harm to the monuments.

“Due to rising population in the region, the ministry appreciates the urgent need for using new pieces of land. This is why the ministry has agreed with the different responsible parties on using a limited part of the location temporarily in a way that won’t harm the underground monuments there in any way,” the statement read.

But Deputy Minister of Tourism in Gaza Muhammad Khela told Al-Monitor that the location was taken for military use and not demographic purposes.

“We can’t stand as an obstacle in the way of Palestinian resistance; we are all a part of a resistance project, yet we promise that the location will be limitedly used without harming it at all,” Khela explained.

The main problem with the location, Khela said, was that his government doesn’t have enough funds for excavation, which is why it was covered with sand for protection. Khela shifted responsibility onto the shoulders of UNESCO.

“If the location was excavated already, I don’t think it would have been possible for anyone to take it over,” Khela explained, adding that “it should be UNESCO and other donating groups' job to do so.”

However, Ejla from UNESCO refuted this assertion, stressing that his agency is not a donor and cannot grant financial support to such projects.

“We are an organization that receives funds itself so we can hold our services up, but we can’t fund anyone,” he noted.

The damage to the ancient site has also drawn the attention of local activists, with Gaza-based human rights researcher Mustafa Ibrahim appealing on his Facebook account to Gaza’s Prime Minister Ismael Haniyeh to “rescue” the site.

“What happened at the ancient Harbor of Gaza is a serious harm to Palestinian culture and history,” said Ibrahim.

Khela, however, insisted that his government is taking care of historical monuments in Gaza, explaining that the government does its best to allocate funds in its budget for the excavation of newly discovered sites and protection of already excavated sites.

“For now, we managed to grant guarding for all [historic] sites, with guards in these locations working on a shift system,” he said.

“Regularly, I receive offers to buy antiquities from people who have managed to steal them from government-run heritage sites. Where is the government protecting Palestinian heritage?” he exclaimed.

Besides looting, the excavation of new sites is, according to Ejla, often done in an unprofessional manner, which unintentionally damages parts of the sites.

“I think that the authorities should invest more in their ability to take care of the monuments in Gaza. Heritage is something that can’t be lost.”