Gaza is losing much of its rich archaeology of civilizations dating thousands of years due to neglect, looting and war. 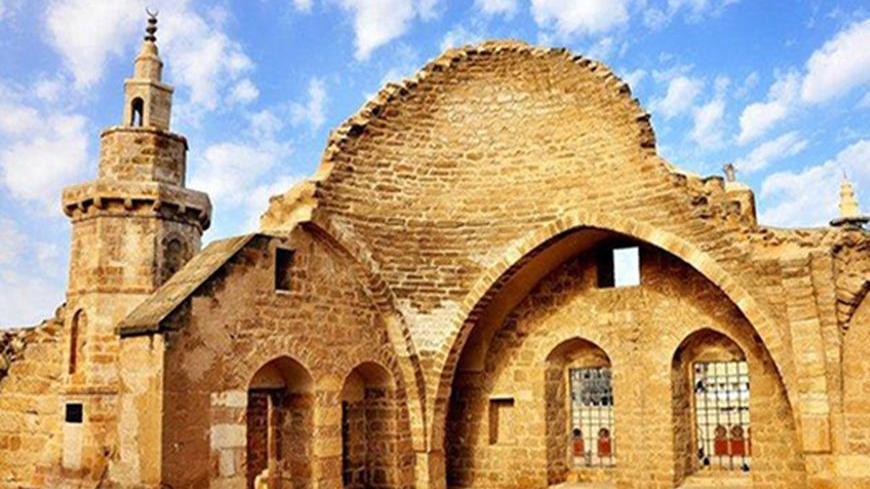 A view of the caravanserai at Khan Younis, Gaza, which dates back to medieval times, December 2012. - Deia Alagha

GAZA CITY, Gaza Strip — If the archeological sites in Gaza could talk, they would scream for help against the desecration to which they are being subjected by human hands. Some are being demolished, and new homes are built in their place. Others are being looted or neglected.

The Muslim and Christian archeological sites in Palestine are hundreds, maybe even thousands, of years old. According to Palestinian historian Nasser al-Yafawi, however, they are being continuously desecrated in several ways: construction occurs on top of them, the government neglects them, they are stolen by Israeli occupation or looted by thieves and antiquities traders in Gaza.

In an interview with Al-Monitor, Yafawi said that most of Gaza’s ruins are being looted by pirates or demolished in broad daylight to build houses on top of. He said that there is general ignorance about the cultural value of the ruins, and government employees tasked with protecting the ruins are not qualified to do so.

One of the most important archaeological sites being continuously damaged is Barquq Fort in Khan Yunis in the southern Gaza Strip. It is considered the fifth most important Islamic site in Palestine.

“Barquq is the first facility established by the Mamluks to consecrate their rule in the land of Palestine. It was founded by Prince Yunus bin Abdullah al-Daoudar al-Nourzi in the era of the Mamluk Sultan Barquq in 1387 and intended to be a point of convergence for traders crossing between Egypt and the Levant, in addition to being a military garrison,” said Yafawi.

He showed that encroachments by citizens have left only 10% of the fort intact. The fort occupies an area of ​​16 dunams (14,5 square kilometers or 9 square miles ). He said people built their homes on large parts of the fort without being stopped by previous Gaza governments.

In addition, many shops, garages and random stalls have recently been set up on the remaining parts of the fort’s walls.

The president of the Al-Qala Heritage Association, Mohammed al-Farra, called for government intervention to stop the encroachments by citizens on the fort and warned that there is a real danger that the site may cease to exist.

“Encroachment of housing construction on the fort started with World War I and continued when Egypt governed the sector, passing through the Israeli occupation, then with the rule of the Palestinian Authority and now after Hamas took over Gaza,” Farra told Al-Monitor.

The association filed a lawsuit with the Supreme Court of Justice in Gaza to demand the removal of encroachments against the historic site and compel the minister of endowments to declare Barquq Fort an Islamic endowment. The suit was rejected for several reasons, however.

For his part, the official in the Ministry of Tourism and Antiquities in the Gaza government Mohammed Khalla said that the lack of material resources are preventing the government from averting encroachments by citizens who live on the fort’s grounds.

“Unfortunately, when we tried to conduct a study to restore the historic fort, we found that most of the land within it was the property of legitimate owners. Previous governments and municipalities granted permits for people to build and live on the fort’s grounds. Now, we are forced to compensate the residents to get them to leave. The government doesn’t have the financial capabilities to do this though,” Khalla told Al-Monitor.

Barquq Fort is not the only site that has gone neglected and unprotected. There is what appears to be “organized neglect” of most archaeological sites in the Gaza Strip, most notably Tallat Imm Amer, which hosts the oldest Christian monastery in Palestine, Saint Hilarion. The monastery was established in the third century, west of Nuseirat in the center of the Gaza Strip.

According to Yafawi, the ancient site is greatly neglected by the Gaza government. The site is vulnerable to looting by antiquities traders because it is not being protected and does not have a wall around it.

Khalla said, “This site was handed over to the French School under the supervision of UNESCO, which specializes in archaeological sites. The organization has halted its project for lack of money, not for political or security reasons.”

The Gaza Strip, which was a bridge linking the Levant and Egypt, has been home to many ancient civilizations. Besides the archaeological sites mentioned above, Gaza also has the oldest port in the Middle East. The ancient port of Anthedon goes back to the Assyrian, Roman and Greek eras from 1200 B.C. to A.D. 324. It is located approximately 6 kilometers (3.7 miles) northwest of Gaza City and covers an area of ​​about 180 dunams (167,000 square meters or 104 square miles).

This unique site, parts of which are buried, is being used for military training by the Al-Qassam Brigades — the military wing of Hamas, which controls Gaza — thus exposing the site to Israeli bombing.

“This port contains ancient Roman ruins, including temples, statues, pieces of pottery, wonderful mosaics and old columns. Part of it was destroyed and cleared to establish the military training site,” Yafawi said. He noted that many of those interested in Gaza’s ruins and complained about these actions were arrested.

According to Khalla, the Anthedon site was subject to numerous attacks since its discovery in 1996. It remained vulnerable to looting by antiquities traders over the years.

Khalla admitted that his ministry had granted a permit for the site to be used as training grounds because there was a lack of vacant land, but on condition that the site would not damaged and would be vacated in case the ministry wished to excavate it.

Although the training grounds are within the old port, which makes it vulnerable to Israeli shelling, “it will not affect the condition of the ruins present there if the site is bombed,” Khalla said.

Archaeological sites in the Gaza Strip are subjected to many violations. As the risks threatening the history of millennia-old civilizations increase, so does pressure on local authorities to grant these archaeological sites more attention and full protection, and balance between striving for a good future and maintaining the ancient past.