The Case for an Israeli Referendum on Peace

Mazal Mualem argues that a referendum law may well emerge as a useful lever for jump-starting the peace process. 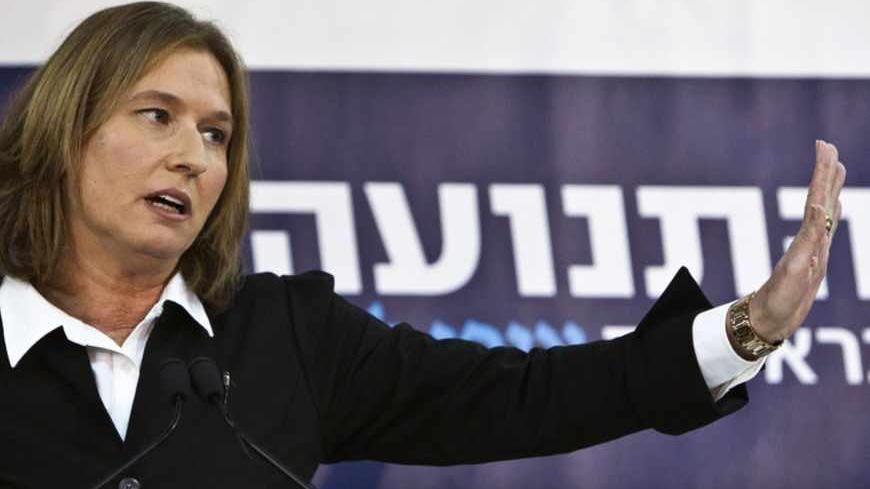 When she served as a Likud Knesset member, Tzipi Livn i supported a referendum law. Such a law would require a majority vote of more than 50% of all those who have voting rights to ratify any diplomatic agreement with the Palestinians.

Yet, Livni, in her current roles as chairwoman of the HaTenua party and justice minister in charge of diplomatic negotiations with the Palestinians, was the first recently to oppose a similar bill that is stirring up Israel’s political system. The proposal that was submitted by the deputy minister at the prime minister's office Ofir Akunis, is promoted by HaBayit HaYehudi chairman and Trade and Industry Minister Naftali Bennett, and has the support of Prime Minister Benjamin Netanyahu.

Livni, who changed her mind in recent years, explained in a series of emphatic interviews to the media that “a referendum is not the right thing to do and harms the principle of democracy.” This is what she said: “When we go to war we do not ask the nation, and the same is true for a diplomatic arrangement.” In addition, Livni argued that “this initiative demonstrates a desire to renounce the responsibility we accepted on ourselves during elections.”

A similar stance was also displayed by chairwoman of the opposition as well as of the Labor party, Knesset member Shelly Yachimovich. Former Foreign Minister Avigdor Liberman agreed as well, even embarrassing the prime minister on this issue in front of the cameras. Liberman simply said, in his usual upfront manner, “referendums are the escape of decision-makers from their responsibility.” The prime minister, for his part, maintained his restraint and tried to hide his discomfiture.

It seems that Livni, who also serves as chairwoman of the Ministerial Committee on Legislation, took upon herself the task of torpedoing the referendum law. But by doing so, she actually harms what is most important to her: a peace agreement with the Palestinians.

It is commonly assumed that a referendum regarding a peace agreement with the Palestinians serves the right-wing opponents of an agreement. That is because a referendum is compared to another hoop for the prime minister to jump through, on his way to reaching a diplomatic agreement — if and when he will ever strive for that.

The argument that Livni raised is based on the familiar claim that has been heard from referendum opponents throughout the years. The gist of it is that a referendum weakens the parliamentary method and harms the authority of the Knesset and the government.

It is possible that Livni’s militancy on the subject stems from the fact that she, as the one in charge of negotiations with the Palestinians, may know something that we don’t. Perhaps secret negotiations are being conducted this very moment with the Palestinians; maybe she is taking an active part in them, and therefore she is rushing to head off potential obstacles to an agreement. She views such an agreement as the heart of her public and political mission.

In my opinion, a referendum precisely at this time and concerning this issue, has many advantages. These advantages transform the referendum to an instrument that may emerge as very efficient in advancing the negotiations and maybe even ultimately bringing about a peace agreement.

First of all, a referendum law may assist Netanyahu in conducting diplomatic negotiations without disturbance. The logic is as follows: So long as the right-wing factions in the coalition and the ideological Likud Knesset members are equipped with this law, they will allow Netanyahu to continue on his path. That is because they’ll know that at the moment of truth, they will be able to fight him in the public arena.

Till then, Netanyahu and supporters of an arrangement can conduct a public, political and media campaign by themselves, and earn the public’s popularity. The prime minister has much more significant tools than his opponents to wage such a struggle.

Another advantage of a referendum is the added power it gives to the negotiators on the Israeli side vis-à-vis the Palestinians. At any given moment, “the other side” is aware of the public and political pressures imposed on Israel’s prime minister — they are aware that at the end of the process, the “nation” will decide.

Regarding the argument that a referendum will harm the status of the Knesset: This should be examined in terms of benefit and viability. We have to weigh the Knesset’s status vis-à-vis the “big” issue: partitioning the land and determining its eastern border.

These are fateful issues for the state and its citizens. Most of them gave their votes in the last elections to the right-wing parties and to Yesh Atid party; the latter exhibited a diplomatic worldview leaning to the right (Yair Lapid launched his election campaign in Ariel settlement). This is another reason that it would be appropriate to let the people have their say.