Despite lack of support from official sources, poets manage to get by in Gaza, writes Asmaa al-Ghoul. 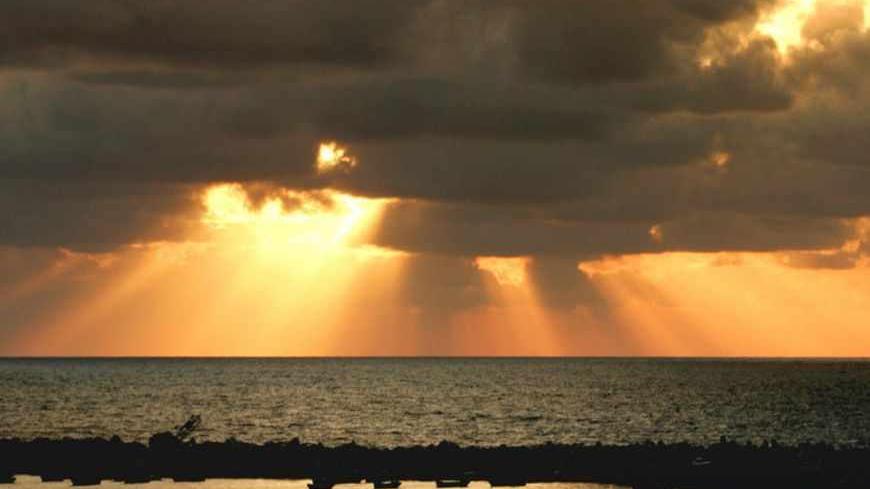 GAZA CITY, Gaza Strip — “I have no thirst above my forehead ... No love under my skin ... My waist is not snapping ... Nor has the cactus raised itself to my face ... I am on a horse of lust ... Combing the hair of freedom ... The gypsy girl is dancing and inspiring the world”

The poet Hind Jawdah started reading her poems during poetry evenings in Gaza City amid heavy attendance. It was standing room only after all seats in the small area at the French Cultural Center had been taken.

Despite the popularity of poetry in Gaza, few official bodies sponsor poetic talent. Jawdah recently presented her manuscript to one of the initiatives that publish literary work in the hopes of having her first book published soon. Her book is titled Someone Always Leaves.

Al-Monitor met Jawdah, 29, at the Rainbow Children’s Club where she sat and cared for her son, Saif, and daughter, Siham. She read some poetry and told of her experience, “I returned to Gaza from Saudi Arabia after a long absence from the literary scene. As soon as I arrived, I participated in four poetry evenings and attended six others. There is war here, but poetry is still popular despite the lack of funding for cultural events.”

She said that she is avidly awaiting publication of her first book in Gaza. As a foreigner, it is difficult for her to publish her work in Saudi Arabia. But she was warmly received in Gaza, where the new generation is experiencing a poetry revolution. The blockade on the Gaza Strip, however, hinders that revolution’s spread.

A “traffic jam” of poets

Poet and translator Ali Abu Khattab — an organizer of the Utopia Initiative, one of the oldest cultural initiatives in Gaza — said, “The state of poetry is very good despite the blockade and the divisions. There are always new poets whose poems contain something from their predecessors. Even though some prose poems are said to be similar, I can assert that most of them have the poetic imagery and power of imagination of high-level poetry. ... You would not believe it if I told you that in Gaza more than 50 Gazan poets will have their poems collected in an anthology that will soon be issued by Utopia Initiative.”

The Ministry of Culture and the Association of Palestinian Writers, which was formed after the Hamas takeover of Gaza in June 2007, sponsor different kinds of literary initiatives than what the new generation of poets produce. The new poets write about love, philosophy and existence, not just religion, the homeland and martyrdom.

Mahmoud Madi, also a poet, said, “Palestinian writers inside Gaza live along a cultural split, which can be seen in cultural events organized by the parties to the conflict in the Gaza Strip. Liberal Palestinian writers use social networks to publish excerpts from their poems, which have mostly departed from poetic structure and rhyme. We cannot ignore the number and names of those who organize many events that few attend because of a limited budget. Most do it for free. On the other hand, a number of other writers belong to the Association of Palestinian Writers, which has issued a number of publications for Gazan poets. A look at the publications by the Association of Palestinian Writers will reveal that the association’s poets are committed to weight and rhyme, which are part of classical poetry. They shun prose poems, which they do not consider to be real poems.”

Among the rare Gazan initiatives with no ideological bent is the Mimas Initiative, whose director is Madi. He said that it is one of the youth initiatives by the cultural center that belongs to the Assembly of Culture and Free Thought. The initiative aims to encourage and promote reading in the Palestinian community by publishing creative books. The Gaza Strip has no professional publishing houses.

The Mimas Initiative has received 42 literary books, mostly collections of poetry, as well as two novels and collections of short stories and literary essays. The donated books included a book about “War Tweets” (on Twitter) and another book by a poet and his wife.

Madi said to Al-Monitor, “For the Initiative to receive such a low number of books raises some questions about the roles of the Ministries of Culture in the West Bank and Gaza and of the Association of Palestinian Writers. [It also raises questions] about how much these formal institutions are contributing to culture in the Gaza Strip.”

Madi issued his latest collection of poems titled “Your Shoes are Horses” by Mim Publishing House, Algeria in 2007, after what he described as the miserable experience of publishing two poetry books in Gaza over the past years.

Khaled Jumaa, a poet who is well-known both inside Gaza and abroad, has published 26 books of poetry, for both children and adults. He said that the blockade on Gaza affects poets in two ways. First, they cannot print and publish books inside Gaza very easily. Second, they cannot travel for global conferences and festivals. He said that every year he gets invited to literary festivals without being able to attend them all, especially those that are held in the West Bank.

He told Al-Monitor that despite these difficulties, he insisted at the end of 2009 to say to the world that Gaza not only writes poems, but publishes them as well. He decided to print this poetry book “Habits of the City.” The publication was issued in high quality but only after waiting 45 days for the raw materials — including paper — to arrive and after suffering through constant electricity cuts. He thinks that one of the problems for printing in Gaza is that there are no distribution channels; so he distributed his book by hand. He added, “After I published books in Jordan and Lebanon, I received e-mails from readers in Saudi Arabia, Mexico and other places.”

A printing press, not a publishing house

Adnan Ismail is the owner of Al-Ikhwa Press in the Gaza Strip. He said to Al-Monitor, “Publishing books depends on the opening and closing of border crossings. Paper and raw material come through the crossings. If they are closed, paper is brought in through the tunnels and arrives in bad condition, covered with sand. Those shipping difficulties raise printing prices, especially with the use of alternative generators for electricity and the fuel cost.” He said that his press was originally licensed as a publishing house but they cannot distribute books, especially as there are no copyright rules or book registries in Gaza.

Jawdah’s son, Saif, cried while she tried to read a poem to Al-Monitor titled “Flying”: