Ahead of Palestinian Prisoners’ Day on April 17, former prisoners visit the site of a well known prison in Gaza where they were detained and recount their experiences to Khaled Kraizim. 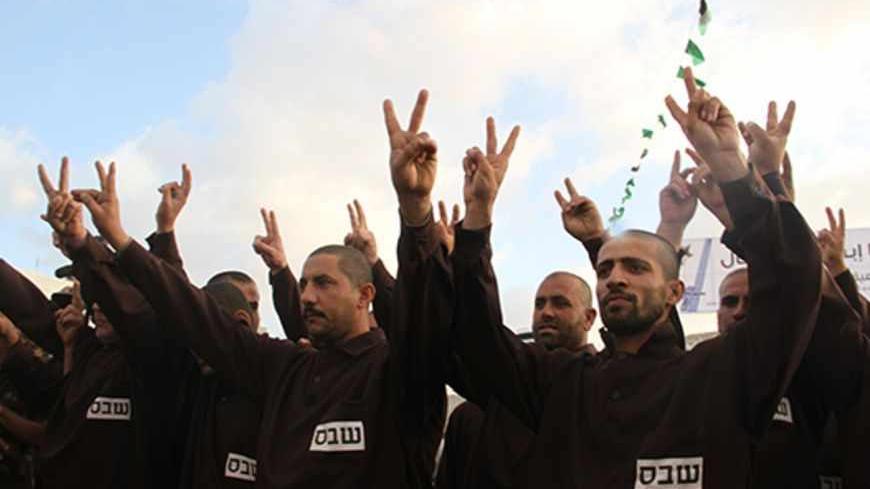 Abdul Nasser Farawana, a liberated Palestinian prisoner, recalled his experience in the Israeli prison where he had spent many years of his life. The prison is located in central Gaza and is still standing today, with its narrow cells and walls.

The 50-year-old former prisoner passed by the dark prison rooms, which used to house hundreds of men who resisted the Israeli occupation. Gaza Central Prison is one of the most famous Israeli prisons in the sector; it was abandoned by occupation forces in 1993 upon the implementation of the Oslo Accord.

Farawana returned to his cell, where he had been kept for weeks on end following the 1967 war, but this time not as prisoner. He is helping implement a project about an exhibition that would demonstrate the condition of prisoners many years after their release.

Some of the liberated prisoners set up tents in front of the prison to share and document with one another their experiences inside the prison. Other former prisoners toured the prison, recalling the suffering they had been through inside these cells.

Farawana told Al-Monitor that “the prison was called Gaza Central Prison and used to include many cells. I have been in 50 cells. Each cell had a number. Prisoners used to be tortured in cells 1 to 26. Cells numbered 26 and above used to be called ‘the execution cells,’ where we have seen tremendous torture. They used to place 10 to 12 persons in a cell that used to fit one or two persons and did not have a bathroom.”

Farawana recalled life inside the prison. He said, “The prison administration used to give prisoners buckets to urinate in. When a prisoner was on the verge of fainting due severe torture and poor conditions, he would be moved to a place called the slaughterhouse.”

In the “slaughterhouse,” prisoners used to face the worst kinds of torture. According to Farawana, “This room used to be located on the first floor, where Israeli officers humiliated the naked prisoners and tortured them physically and psychologically.”

Former prisoner Tawfiq Abu Naim was first arrested in Gaza in 1988. He spent one and a half years in the central prison before being transferred to another one.

Abu Naim walked inside Gaza’s prison. Grief and anger were visible on his face. He remembered his first experience in the “slaughterhouse.”

Speaking to Al-Monitor, Abu Naim said that “the slaughterhouse was a room thronged with prisoners who used to be subjected to all sorts of torture for days on end.”

The former captive did not expect that, 25 years after being released, he would feel the same sense of torment when he walked inside his former cell.

This prison was established during the 1930s, and is where hundreds of Palestinian rebels were tortured prior to the foundation of the Palestinian Authority. Today some remains of the prison still stand. It is seen as a legacy to remind people of the prisoners’ torture. Palestinian Prisoners’ Day will be commemorated in the prison’s cells.

Khaled Kraizim is an independent journalist in Gaza. He has been published in many media outlets including Felesteen, Al-Resalah, Al-Shabab, and Al-Eqtisadiya newspapers and Safa press agency.