The 'Great Game' in Levant

The vast gas reserves of the Eastern Mediterranean have become the 21st century’s "Great Game" in the Levant, writes Semih Idiz. 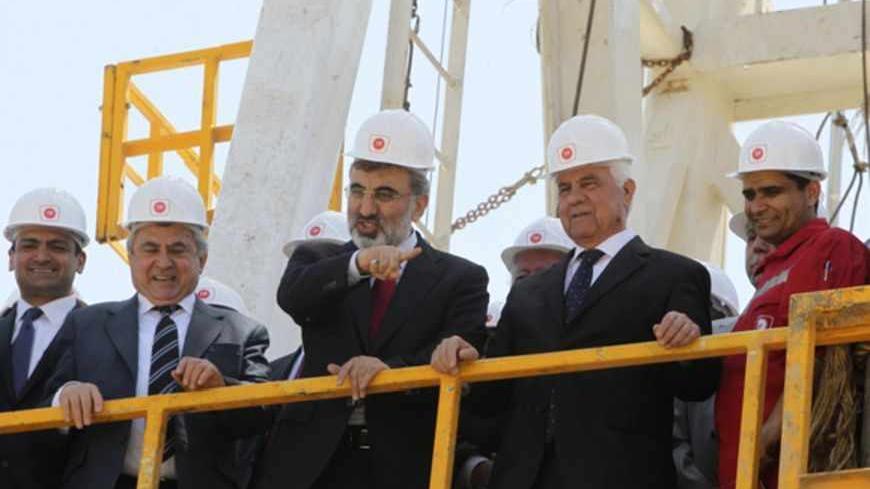 With billions of cubic meters in estimated gas reserves, the Eastern Mediterranean, or the “Levant Basin” by another name, is turning into the stage for a contemporary version of the 19th Century “Great Game,” which has as much potential for catalyzing peace, as it does for contributing to new tensions in a region already rife with conflict.

The key event this respect came on March 30, the historic date when natural gas from the Tamar field, off the coast of Israel, started flowing to the Israeli mainland, thus kicking off a process that will not only make the Jewish state largely energy independent, but also turn it into a key supplier for European markets.

The Tamar field, discovered as recently as 2009, is said to hold 250 billion cubic meters [427 billion square feet] of gas, and is the smaller of Israel’s two offshore fields, the bigger one being the Leviathan field with its estimated 425 billion cubic meters of gas, but which has yet to be developed.

Texas-based Noble Energy and the Israeli Delek Energy, the two largest shareholders in the Israel gas fields are said to be looking for a go-ahead now from the Israel government to export the larger portion of the gas, since demand in Israel is insufficient to cover the cost of developing the Leviathan field.

This is the point at which Turkey, which has already become an important energy hub for Caspian and Iraqi oil, and which consolidated its position further through recent energy deals with the Kurdistan Regional Government in northern Iraq, enters the “Game” as a major player. Turkey is clearly a country that Israel cannot overlook while trying to work out the most profitable route to export its gas.

With one of the fastest growing economies in the world, Turkey has increasing energy needs and therefore also provides a stable market for Israel gas. It is not surprising therefore that there is a lot of talk in diplomatic circles suggesting that “the energy factor” also contributed to Israel’s recent apology to Turkey for its deadly raid on the Turkish Mavi Marmara aid ship in 2010.

The fact that the Israeli apology came at a time when least expected also provides an example of how vital mutual interests can help overcome differences. Being proposed now is an undersea pipeline to the Turkish coast from Israel, which will connect with the existing infrastructure in Turkey.

The Zorlu Group, a Turkish conglomerate with significant investments in Israel, is said to be lobbying the two governments for this contract. Turkish Energy Minister Taner Yildiz suggested in recent remarks to the Turkish media that Ankara is not indifferent to the idea. Indicating that this is in fact the only feasible route for Israel, Yildiz nevertheless added that this project could only be realized after a full rapprochement with Israel.

Previously Israel had considered transporting its gas to Europe over Greek Cyprus and Greece. The woeful state in Turkish-Israeli ties and the fact Noble Energy is also engaged in exploration and drilling activities off the coast of Cyprus appeared to drive matters in this direction, too.

Analysts, echoing Yildiz’s contention, however indicate that the Cyprus-Greece route would be too costly in the long run. They add that the Greek Cypriot and Greek economic meltdowns have also been discouraging. It is not surprising therefore that the Turkish-Israeli effort at rapprochement has made the Greek Cypriot administration nervous, since it could mean Cyprus is effectively out of the equation.

Adding to Greek Cypriot concerns are remarks such a those by oil-industry expert Jen Alic, from “Oilprice.com,” a leading source for energy news. Alic indicated in a recent article that the Greek Cypriot government may believe it is sitting on 60 trillion-cubic feet of gas, but added, “These aren't proven reserves and commercial viability could be years away.”

According to Alic, “In the best-case scenario, production could feasibly begin in five years. Exports are even further afield, with some analysts suggesting 2020 as a start date.” Whether Greek Cypriots can afford to wait so long is also an open question.

Clearly concerned over the Israeli apology to Turkey, Greek Cypriot Foreign Minister Ioannis Kasoulides and Cyprus' commerce and energy minister, George Lakkotrypis, are due to visit Israel next week to discuss the issue, while Greek Cypriot President Nicos Anastasiades is also due in Israel later this month.

Greek Cypriot concerns were also reflected in an interview Kasoulides gave to The Associated Press on April 3, when he indicated that Israel's apology to Turkey "doesn't mean Israel is obliged to follow what Turkey is dictating in this region." But it is clear that economic interests and necessities are doing the dictating here.

There are those like Standard Bank Group’s chief emerging-market economist, Tim Ash, who say the same should happen in Cyprus. Ash believes their economic meltdown provides Greek Cypriots with an opportunity to revive the talks for a Cyprus settlement and to open the door to economic cooperation with Turkey.

A settlement would clearly also open the Turkish route for Cyprus gas, which Energy Minister Yildiz believes is also the only viable route for this gas to Europe. But the Greek Cypriot administration appears not to be listening. Kasoulides indicated in his AP interview that their offshore natural gas reserves are sufficient for a processing plant on the island, which would export to Europe regardless of whether Israel decides to be a partner or not.

He also downplayed suggestions that Cyprus gas should go over Turkey, saying this would be “too limiting” since liquefied natural gas "can sell east and west, north and south." A Turkish Foreign Ministry source, who spoke on condition of anonymity, told Al-Monitor that such a remark only reflects Greek Cypriot stubbornness in facing up to reality.

The Greek Cypriot administration nevertheless faces a major hurdle in Turkey. Ankara insists that Turkish Cypriots also have an equal stake in the offshore gas reserves, and is underlining its determination to ensure that Greek Cyprus does not have sole sovereignty over them. To prove its point, it recently barred Italian oil giant ENI from all projects in Turkey because of its cooperation with the Greek Cypriots administration over these reserves.

The bottom line is that Ankara can cause serious headaches for the Greek Cypriot administration at a time when it least needs it, given Turkey’s growing importance as an energy hub that major companies can ill-afford to overlook. The hope among diplomats is that the Greek Cypriot administration will eventually wake up to the benefits of a Cyprus settlement, and cooperation with Turkey in the energy field.

On the other hand, a Turkish-Israeli rapprochement does not mean that the two countries will have an easy ride in realizing their joint pipeline project, if this is decided on. Haaretz recently quoted industry sources saying that such a pipeline would have to pass through the economic zones of Lebanon and Syria before reaching Turkey, which is bound to be problematic.

The future of Syria, however, is in the balance today. Meanwhile, Lebanon is also searching for the vast offshore reserve it believes exists in its own economic interest zone in the Eastern Mediterranean. If proven, these reserves will have to be exploited with international cooperation.

A Turkey, that has consummated its ties with Israel by means of a strategic pipeline will have every reason to use its influence over Lebanon in order to convince it to join the network of cooperation in the Levant Basin for the sake of its own economic future and regional stability.

This may appear a long shot from today’s perspective, but it is clear that the region is on the threshold of major developments today. It is seems therefore to be in the best interest of regional countries to play their cards right as the new “Great Game” unfolds at a time when it is clear that energy can be a cause for conflict as much as it can be a medium that catalyzes peace and cooperation.

Of course there is also an Iranian, and Russian angle to the Great Game in the Levant Basin, not to mention developments in Northern Iraq, which some may feel have been overlooked here. But those will have to be the topic of another article.

Semih İdiz is a contributing writer for Al-Monitor’s Turkey Pulse. A journalist who has been covering diplomacy and foreign-policy issues for major Turkish newspapers for 30 years, his opinion pieces can be followed in the English language Hurriyet Daily News. He can also be read in Taraf. His articles have been published in The Financial Times, the Times, Mediterranean Quarterly and Foreign Policy magazine, and he is a frequent contributor to BBC World, VOA, NPR, Deutsche Welle, various Israeli media organizations and Al Jazeera.