Blasphemy in Turkey — And the Fazil Say Affair

Mustafa Akyol argues that Fazil Say should not be convicted either of blasphemy or hate speech, although Say is guilty of insulting and denigrating pious Muslims. 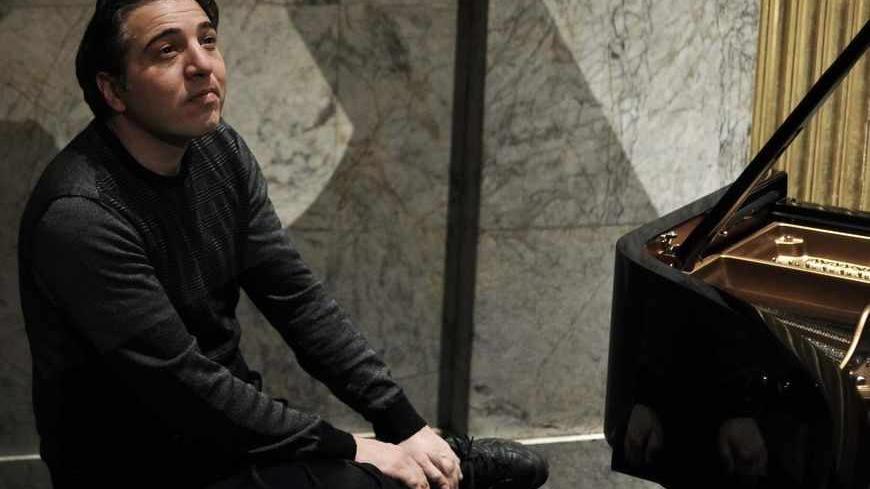 Turkish pianist and composer Fazil Say, seen at the Theatre des Champs-Elysees in Paris on Feb. 9, 2010, was given an 18-month suspended sentence for statements made on Twitter. -

Global news agencies reported last week [April 15] that Turkish courts punished an artist for the crime of blasphemy. World-renowned Turkist pianist Fazil Say, 44, was given an 18-month prison sentence, which was automatically suspended, for statements made on Twitter. A headline in The Guardian gave a typical interpretation: “Turkish composer and pianist convicted of blasphemy on Twitter.”

But was Fazil Say really convicted of blasphemy?

Dictionary.com defines this term as "impious utterance or action concerning God or sacred things.” Wikipedia agrees, by noting, “Blasphemy is the act of insulting or showing contempt or lack of reverence for a religious deity.”

In other words, a “blasphemy law," by definition, is a law that presupposes God, and aims at protecting him from irreverence.

Yet Turkish Penal Code Article 216 that Fazil Say was found guilty of violating is not such a religious law. It does not presuppose God, it does not speak of God. It only bans “the public denigration of religious values that are shared by a part of the population.” In other words, it does not claim to protect a higher being, but only the feelings of those who believe in such a being.

In fact, if there is really a law that protects a higher being in Turkey, that is the “law to protect Ataturk,” Turkey's first president who died some 75 years ago, and who is still regarded in official texts as a suprahuman savior. Many people have been imprisoned for denigrating Him, not merely for hurting the feelings of those who revere him.

If all this sounds like semantic gibberish to you, please wait and also consider this: Fazil Say is not the only Turkish citizen who has recently been found guilty of violating Article 216. In 2009, a group of crude nationalists who put a sign on the door of their “cultural association” that read “Jews and Armenians cannot enter, [but] dogs are free to enter” were also found guilty of violating Article 216. They were sentenced to five months in prison, which was commuted to having to pay 3,000 Turkish lira $1,675).

This was the case because Article 216 of the Turkish Penal Code is not a “blasphemy law.” It is a “hate speech” law.

Moreover, it is really worth considering whether Fazil Say indeed used hate speech with the following sentence that he retweeted:

“I am not sure if you have also realized it, but all the pricks, low-lifes, buffoons, thieves, jesters, they are all Allahists.”

To get a perspective, you might try replacing the word “Allahists” with “Jahvists.” Then this sentence would mean that all pious Jews are “pricks, low-lifes, buffoons, thieves, jesters.” And I bet it would make many European liberal voices who seem sympathetic to Fazil Say these days a bit less enthusiastic.

At this point, you might perhaps conclude that I am supportive of the Turkish court's decision on Fazil Say. But no, I am not.

I indeed think that Say, no matter how well he plays the piano, routinely uses hate speech against Turkey's pious Muslims and even the underclass that likes arabesque tunes. (He had insulted the latter's musical taste.) Yet I also believe that “hate speech” should not be criminalized unless it calls for violence against a hated group. In other words, one should have the right to be a white supremacist who hates blacks, a neo-Nazi who hates Jews, or Islamophobes such as members of Geert Wilders’ Freedom Party in Holland.

I would condemn the ideologies of all these groups, but would not call for their legal prosecution. If hate mongers cannot speak freely, after all, how can we refute their claims and debunk their delusions?

But Fazil Say never called for violence. Neither did his words “breach public peace,” a condition added to Article 216 in 2004 (by the “Islamist” AKP government). Therefore, in my view, Fazil Say's sentence was wrong and it has been added to the long chain of episodes that reflect Turkey's freedom-of-speech deficit. But it was also not a “blasphemy” case imposed by a theocracy. And the accused, Fazil Say, was hardly a beacon of the liberal values that Turkey really needs to nurture.

Mustafa Akyol is a contributing writer for Al-Monitor's Turkey Pulse, and a columnist for two Turkish newspapers, Hürriyet Daily News and Star. His articles have also appeared in Foreign Affairs, Newsweek, The New York Times, The Washington Post, The Wall Street Journal and The Guardian. He studied political science and history at the Boğaziçi University in Istanbul, where he still lives. His book, Islam Without Extremes: A Muslim Case for Liberty, an argument for Muslim liberalism,was published by W.W. Norton in July 2011. The book was described by the Financial Times as “a forthright and elegant Muslim defense of freedom.”