Mustafa Akyol writes that the "Islamic-oriented" AKP government has been friendlier to Turkey's Christian communities that its secular and more nationalistic predecessors. 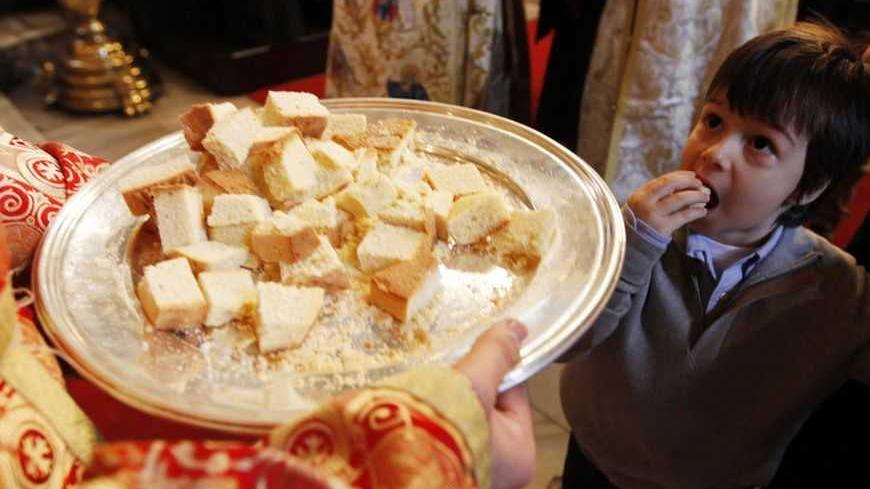 If you are mindful of the fact that Turkey is the only "secular republic" in the whole Muslim world, then you might presume that it must have the most hospitable attitude towards its non-Muslim minorities.

Moreover, if you are familiar with the narrative that Turkey has become "less secular" and "more Islamic" in the past decade — under the Justice and Development Party (AKP) — you might also suspect that the life of Turkey's non-Muslims must have become harder.

Both of these presumptions, however, would be wrong. First, Turkey's secular republic has never been congenial to its non-Muslim minorities, especially the Christians. Secondly, things have gotten a bit better only in the past "more Islamic" decade.

A report which would testify to this claim came just a few days ago from the Association of Protestant Churches in Turkey. Titled "Human Rights Violations Report 2012," the nine-page document mostly mentions the hate crimes, threats or discriminations that Turkey's tiny Protestant community has faced in the past year. But it also notes and appreciates the progress on the govermental side, stating:

"Some hope-inspiring developments should be also noted. Thanks to the injunctions by the Ministry of National Education, the complaints about Protestant students being forced to attend the compulsory Religious Culture and Moral Knowledge classes have decreased. Moreover, studies began in 2012 in [public] schools in order to present Christianity classes to Christian students, and preparations for the curriculum and textbooks began in cooperation with the [Christian] communities. The Protestant community was also invited to the [parliamentary] Constitutional Consensus Commission and was given chance to present its views about the new national charter."

The report also notes that Christmas celebrations of the past month faced no obstacle either from the authorities or the public.

It should perhaps be noted that Protestants are not the only Christian community in Turkey. In fact, other denominations such as Armenians, the Greek Orthodox and the Roman Catholics are more numerous and much more established. But the Protestants seem to be more evangelical, making them, unfortunately, the prime targets of anti-Christian zealotry.

The report exposes various manifestations of this zealotry: At least ten hate crime incidents in various cities of Turkey have taken place in the past year. In Istanbul, for example, a pastor was beaten outside his church by a group of youngsters who bullied him saying, "This is a Muslim neighborhood, no church is allowed."

However, another incident noted in the report sheds some nuance on this agressive "Muslimness." Accordingly, two Protestants were at Istanbul's Marmara University theology faculty on Dec. 20, 2012, discussing theology with two of the Muslim students, who are most probably pious believers. But then a third group who idenfified itself as "ülkücü" (a common name for Turkish nationalists) interrupted the discussion and harrassed the Protestants.

The attack on religious freedom, in other words, came from not a rival religion, but nationalism.

Those who follow Turkey closely would not find this distinction too surprising. In fact, it is almost common knowledge in Turkey that hate crimes against Christians come almost always from Turkish nationalists and very rarely from Islamic believers. It was all militant Turkish nationalists, for example, who, in the years 2006 and 2007, killed a Catholic priest in Trabzon, assasinated a prominent Armenian journalist in Istanbul, and slaughtered three missionaries in Malatya. In 1979, another Turkish nationalist, Mehmet Ali Agca, had even shot Pope John Paul II.

The ideological basis for this anti-Christian strain is something worth looking at: For hardcore Turkish nationalists, the Christian is the ultimate "other," for what makes a Turk is primarily is his Muslimness. (There are millions of Christian Arabs, but the idea of a Christian Turk is mysteriously non-existent.) Yet this Muslimness is a matter of identity, not faith or piety. Hence a Turk who has chosen to be an agnostic or an atheist is less of a problem for the Turkish nationalist than the Turk who has converted to Christianity.

For this reason, even the most secular nationalists in Turkey have seen the country's Christian minorities as untrustable citizens, if not enemies within. That is why Turkey's ultra-secular generals, who used to have the upper hand in Ankara until a few years ago, defined Christian missionaries in 2003 as "a threat to national security."

On the other hand, Turkey's pious Muslims, who certainly have their own religious biases against Christianity, have often proven more tolerant to Christians. Moreover, the wiser among them have growingly realized that the broader religious freedom they seek in Turkey is a universal principle that should cover other faiths as well.

This is why the "Islamic-oriented" AKP government has been more friendly to Turkey's Christians than its more secular (and more nationalist) predecessors. To be sure, there are still crucial steps for the AKP to take, which includes the reopening of the long-awaiting Halki Theological Seminary of the Ecumenical Patriarchate. But one can at least grant that, as sluggish as it is, the AKP is at least heading towards the right direction with regards to religious freedom.