A report by Turkey's tiny Protestant community shows some progress in the country, but also plenty of continuing bigotry. 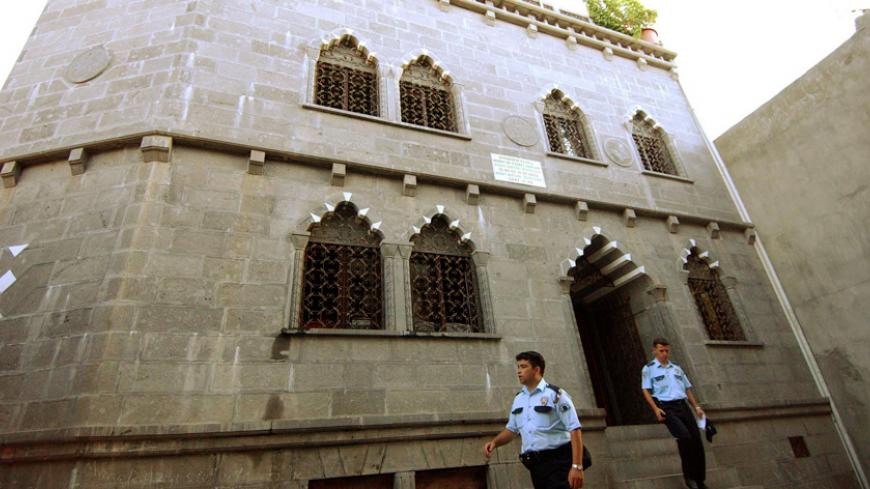 While barbaric attacks such as the one on the French magazine Charlie Hebdo raise concerns of Islamist extremism and sometimes spark Islamophobia in the West, Turkey's tiny Protestant community is reporting intolerance toward Christians.

The Union of Protestant Churches, the umbrella organization for all Protestant denominations in Turkey, published its "Rights Violations Report 2014" on Jan. 7 on its website. The document contained a long list of incidents of harassment and discrimination faced by church members throughout Turkey in the past year.

Fortunately, it lists no assassinations and murders. Yet, still there are various hate crimes that reflect bigotry against Christians on a societal level. Examples include threats to local churches and small-scale attacks such as suspected arson or the breaking of windows. There are also cases of humiliation and threats to converts from Islam to Christianity. Missionary work, in particular, was met with hostility, as Protestants faced threats while trying to share their faith.

Some of these threats came from ordinary citizens, but there are cases of official harassment as well. In Izmir, for example, a group of Protestants was detained briefly for engaging in "missionary activity," which is actually not banned by Turkish law, yet is still widely opposed. In another incident during Christmas in Antalya, the police confiscated Bibles from a Protestant booth.

Most probably, none of these incidents reflect a policy decided at higher levels. They rather seem to reflect a societal intolerance that influences policymakers in a bottom-up fashion, and the report notes that nuance. First, it lists numerous occasions in which the Protestants' reasonable demands to establish places of worship, proclaim their faith or celebrate their holy days such as Christmas were rejected by mayors or other local administrators in various parts of Turkey, from Istanbul to the southeast. These rejections, the report argues, are mainly caused by local politicians worrying over losing votes and "local administrators' unwillingness to be seen as 'those who allow the building of churches.'"

To understand the deeper dynamics of the problem, Al-Monitor spoke to Umut Sahin, the secretary-general of the Union of Protestant Churches and himself a Protestant convert. Sahin cited some facts about his community. There are currently some 50,000 Protestants in Turkey, he said, but most of them are expatriates from the West. Native Turkish Protestants, he added, number only about 5,000 individuals, nearly all converts. Some 4,000 of these are converts from Islam, while the remaining 1,000 are converts from Eastern churches, such as the Armenian Church.

One fundamental problem, Sahin argued, is that while the Turkish government recognizes traditionally established communities — such as the Greek Orthodox, Armenian, Catholic or Syriac churches — it does not recognize the Protestants. "No wonder," he said, "we were not invited to the meeting Prime Minister Ahmet Davutoglu had with non-Muslim leaders on Jan. 2." Apparently, because the Protestants are largely recent expats and converts, unlike the historically established churches, it makes them somehow less legitimate in the eyes of the authorities.

What is it, exactly, that threatens the Protestants of Turkey? Is it Islam or Turkish nationalism, sometimes overlapping yet still distinct forces?

Sahin responded with a history lesson, saying, "Turkish Christians became publicly visible in the aftermath of the great earthquake in 1999." This, he noted, was the first time Christians, especially Protestants, came out to organize charities for the victims of the disaster, which killed tens of thousands and left many others homeless. But the authorities, ever suspicious of civic groups, saw their work as a threat to the nation's unity. Hence, in 2001, "missionary activity" was defined as a national threat by the National Security Council, which was dominated by Turkey's secularist (and very nationalist) generals.

In the next six years, Turkey's Christians suffered a series of bloody attacks inspired, at least at the ideological level, by the ultranationalist ideology that some hard-line generals supported. That is probably why Sahin spoke positively about the Ergenekon trials, which began in 2007 and put hundreds of ultranationalists, including some retired generals, in jail. The dominance of the Justice and Development Party (AKP) over that old guard was good news for Christians, Sahin argued.

Yet he said the AKP era, too, began to lose its charm after 2011, when the governing party initiated a growing anti-Western discourse. Turkey's Christians are Turkish, not Western, yet still they are easily brushed aside by Occidentalist narratives that depict the Christian West as the enemy of Muslims. This rhetoric appears almost daily in Turkey's pro-AKP media, discomfiting Turkey's non-Muslims.

In short, it can be said that anti-Christian bigotry in Turkey is deeply rooted, and its nationalist roots probably go even deeper than its Islamist ones. Granted, the AKP offered a breath of fresh air during its battle with old nationalist guard. But to establish full religious freedom, the AKP should challenge and defeat the bigotry in its own Islamist base, rather than surfing it to advance a self-serving anti-Western discourse.