Why Are Turks Intolerant? 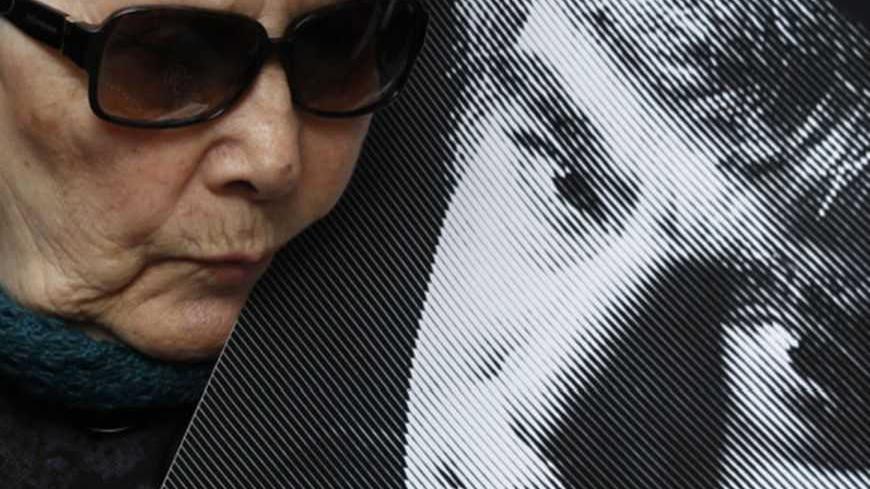 Turkish author and human rights activist Adalet Agaoglu leans over a poster of late Turkish-Armenian journalist Hrant Dink as she stands next to the spot where Dink was killed outside the Agos newspaper building during a commemoration to mark his fifth death anniversary in Istanbul, Jan. 19, 2012. - REUTERS/Murad Sezer

In his Al-Monitor piece titled, “Just How Tolerant Are Turks?,” Semih İdiz did a good job of showing that Turkey cannot be too authoritative when it preaches tolerance to other nations. After showing the “serious lack of sensitivity toward any kind of minority rights in Turkey,” he simply reminded us of a practical dictum: “People who live in glass houses should not throw stones.”

As a fellow Turk who also tries to be critical of his people, I agreed with Mr. İdiz’s take. But I also wondered why Turks really rank as one of the less tolerant societies on Earth. (Half of the Turkish society, for example, was opposed to having Jewish and Christian neighbors.) Two questions came to my mind:

1) Were Turks always like this, or was this intolerance something new?

2) What was the underlying reason behind this intolerance? Was it really “an Islamic outlook, or a nationalist outlook that has Islam at its core,” as Mr. İdiz argued?

On the first question, I can confidently argue that the anti-Christian (and in fact, anti-non-Muslim) attitude in Turkey is a new phenomenon, if we speak within the long-term perspective of history. Because the land that we call Turkey was for centuries ruled by the Ottoman Empire, which was a multi-ethnic and multi-religious state, in which diverse communities lived side by side. In other words, having a Christian or Jewish neighbor would not be disturbing at all for the traditional Ottoman Muslim; it was a simple fact of life. In the late 19th century, an era of liberal reforms, even seeing Christians or Jews among the ruling elite had become a fact of life. One third of the Ottoman Parliament, which first convened in 1876, consisted of non-Muslims — a large representation that is unthinkable in today’s Turkey.

What really destroyed this Ottoman pluralism, and the underlying tolerance, was not “an Islamic outlook,” but a modern, secular ideology: nationalism. (In fact, the Islamic outlook had nurtured tolerance, by its traditional respect for “the People of the Book.”)  One of the many academic studies that confirm this view is a fresh new title by historian Nicholas N. Doumanis: Before the Nation: Muslim-Christian Coexistence and its Destruction in Late-Ottoman Anatolia. In his Oxford University Press book, Dr. Doumanis, referring to an “oral archive containing interviews with over 5,000 refugees,” shows that there was an age in Turkey where Muslim and Christians “worked and drank coffee together, participated in each other's festivals, and even prayed to the same saints.”

Nationalism (on all sides) not only destroyed this traditional Ottoman pluralism, but also perpetrated and reproduced the hatreds and fears that haunted former Ottoman peoples, including the intolerance among Turks that Mr. İdiz rightly criticized. He was also correct to note that this nationalism had something to do with Islam, because being a Muslim is often considered as a prerequisite for being a Turk.

However, we should also see that Turkish nationalism can be a purely secular ideology, and that is why some of the most zealous Turkish nationalists are staunchly secular. They do despise Jews or Christians, but out of a zeal for “Turkishness,” not Islam. No wonder the same nationalists often loathe Arabs or Kurds, as well, who should be considered fellow Muslims within an “Islamic outlook.”

In fact, even the recent crimes against Turkey’s Christians that Mr. İdiz mentions (the murder of Roman Catholic priest Father Andrea Santoro, the slaying of three missionaries in Malatya, and the assassination of Armenian journalist Hrant Dink) are widely believed to be orchestrated by the “deep state”: the illegal arm of the old Kemalist establishment, which is certainly a secular force. Notably, it was also none other than Kemalist generals who sparked the anti-Christian paranoia of the past decade in 2001 by publicly condemning “missionary activity” as “a national threat.” (For more on this issue, see my piece: Who Threatens Turkey's Christians?)

None of this means that anti-Christian (particularly anti-missionary) or anti-Semitic bigotry in Turkey doesn't have Islamic adherents as well. But the same prejudices have many secular adherents, too, whereas other Islamic voices have emerged as advocates of tolerance, dialogue and pluralism.

Finally, here is an interesting detail from the Survey of Values in Turkey published by Bahçeşehir University in 2011, and quoted by Mr. İdiz in his aforementioned piece. As Mr. İdiz rightly points out, the study paints an unimpressive picture of Turkish society, with 48% of those surveyed saying that they do not want “Christians” as their neighbors. But there is another remarkable yet overlooked finding: An even larger block, 54% of those surveyed, rejected another group as their neighbors: “Shariah supporters.” By this, they probably meant the women in headscarves and men with long beards — the segment of Turkish society for which most of the secular have distaste.

Based on all this, here are my two cents: Yes, there is a problem of intolerance in Turkish society, but it is not a direct outcome of any “Islamic outlook,” but the mere distaste for, and fear of, difference. In that sense, it is a problem that we have seen in most societies, especially the ones that have not been adequately exposed to diversity. But if Turkey has an additional problem that makes the matters worse, it is mainly the state-sponsored nationalist ideology, which, almost for a century, “educated” every Turk with a xenophobic motto: “The Turk has no friend but the Turk.”