Just How Tolerant Are Turks?

Turkish Prime Minister Recep Tayyip Erdogan’s remarks about Zionism provide a catalyst for analyzing whether Turks are generally insensitive toward any kind of minority rights in Turkey, writes Semih Idiz. 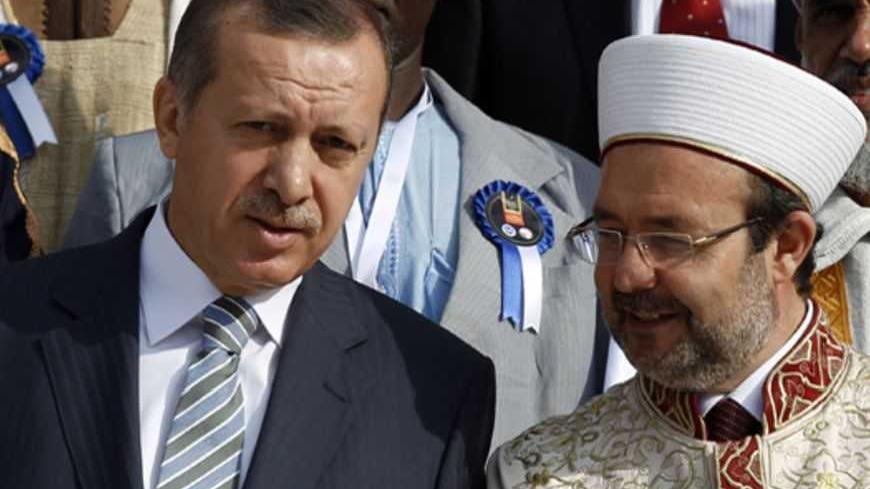 Turkish Prime Minister Recep Tayyip Erdogan has a well-documented habit of using international forums to lecture from a moral high-ground and to blast at intolerance toward Muslims in the West with loaded, often controversial language. He's found an appreciative audience in Turkey and the Islamic world, given that prejudice and racism against Muslims, Turks and Arabs in the West is fact of life.

Erdogan has now dropped Turkey into another such controversy with his remarks during the UN’s recent “Alliance of Civilizations” conference in Vienna, where he likened “Islamophobia” to “Zionism” and called for it to be considered a “crime against humanity” like "anti-Semitism and fascism.”

Erdogan’s words resulted in an immediate dressing-down from UN Secretary General Ban Ki-moon, who said through his spokesman, "It is unfortunate that such hurtful and divisive comments were uttered at a meeting being held under the theme of responsible leadership."

Referring to the same topic during his visit to Ankara earlier this week, at a joint press conference with Turkish Foreign Minister Ahmet Davutoglu, US Secretary of State John Kerry stressed “the urgent need to promote a spirit of tolerance,” adding that this “includes all of the public statements made by all leaders.”

My aim here is not to consider the merits or problems with Erdogan’s Zionism remark. Mustafa Akyol and Tulin Daloglu have more than sufficiently analyzed the topic in their informative and perceptive pieces for Al-Monitor’s Turkey Pulse.

The intention here is instead to ask just how tolerant Turks — who always like to highlight “Western intolerance” — are towards other religions, nations and ethnicities themselves in the light of Erdogan’s remarks, and to underline the fact what emerges doesn't reflect Turkey at its best.

Organizations such as the Turkish Economic and Social Studies Foundation (TESEV), The International Social Survey Program (ISSP) and several established Turkish universities have studied this topic since the 1990s. These studies, often mutually reinforcing, have revealed a serious lack of sensitivity towards any kind of minority rights in Turkey, and that this peaks when it comes to Christian and Jewish minorities.

According to a 2006 TESEV report, 39% of Turks surveyed said they would not want a Jewish neighbor, 42% said they would object to an Armenian neighbor and 43% said they would not want a Greek neighbor. TESEV pointed to “an inward-looking general outlook in Turkish society” which “provides the most important basis for resistance to developing a multi-cultural and tolerant political milieu in the country.” It added that “such an attitudinal background provides fertile ground for xenophobia.”

Arguably, this study is six years old, and the situation may have changed in the meantime. But a comparison between the 2006 survey and a previous TESEV survey on the topic conducted in 1999 shows the situation changed little during those years.

Research since 2006 also shows little change, and even some further decline. A 2008 study by the ISSP, conducted in conjunction with Istanbul’s Sabanci University, found that 37% of those surveyed said they would “definitely not accept” someone with a different religion or religious outlook as a candidate in general elections.

In the same survey, 59% said persons with a different religion or religious outlook shouldn't be allowed to express their views in public gatherings, including 36% of these who said such persons should “definitely” be barred from doing this. As to whether people with different religions or religious outlooks should be allowed to publish books promoting their beliefs, 33% of those surveyed said “definitely not.” Explaining the findings of the ISSP survey at the time, Prof. Ali Carkoglu from Sabanci University said that while most studies show that Turks consider themselves to be a “tolerant nation,” this is not corroborated by academic research.

Against the backdrop of these surveys, Turkey has seen the murder of the Roman Catholic priest Father Andrea Santoro in Trabzon in 2006, attacks on priests in Izmir and Mersin, the slaying of three missionaries at the Christian Zirve Publishing House the city of Malatya in April 2007 and the Jan. 2007 murder in Istanbul of Hrant Dink, the editor of the Armenian language daily Agos.

In all cases, the youths involved were motivated by an Islamic outlook, or a nationalist outlook that has Islam at its core, and they were clearly influenced by the anti-Christian mood prevalent in a significant portion of Turkish society.

For its part, the Hrant Dink Foundation, established after Dink’s murder, found in a recent study on hate speech that negative sentiments against non-Islamic minorities were stoked by Turkey's Islamist media. The report listed the nationally sold dailies Yeni Akit, Milli Gazete and Yeni Mesaj as the most common users of hate speech.

The report — prepared by scanning 16 newspapers by hand between Sept. and Dec. 2012, and searching over 1,000 national and local newspapers online during the same period — found that Jews and Christians, particularly Armenians, are exposed to hate speech more than any other group in Turkey.

But Turkish xenophobia and intolerance aren't just directed against Christians and Jews. Alevi organizations in Turkey always indicate that they are not only discriminated against, but are also targets of what amounts to hate speech in predominantly Sunni Turkey.

There is also a long standing culture of denigrating Arabs and Kurds, who have been the butt of many negative remarks, racist jokes or stereotyping in Turkish movies, plays and television shows, even if they share the same religion as Turks. One Turkish saying which still surfaces from time to time says, “I neither want to taste the sweets of Damascus, or see the face of an Arab,” which amounts to saying “I want nothing to do with Arabs.”

These less than complimentary findings concerning Turkey diminish the value of Erdogan’s complaints about Islamophobia and xenophobia in Europe. His own “hurtful and divisive comments,” to quote the UN secretary-general, and the fact that he is prepared to utter them during an “Alliance of Civilizations” conference, makes one question if Erdogan really knows what “racism” and “xenophobia” mean.

It all comes back to the idiom, “People who live in glass houses should not throw stones.” But if they want to throw stones, they should first see — for the sake of credibility — whether their own house can stand up to the stones that come in response.