The attacks on elderly Armenian women in Samatya show that racism is alive in Turkey as a latent threat, but also serves as a demonstration that Turkey now has a civil society that immediately stands up against racism, writes Cengiz Çandar. 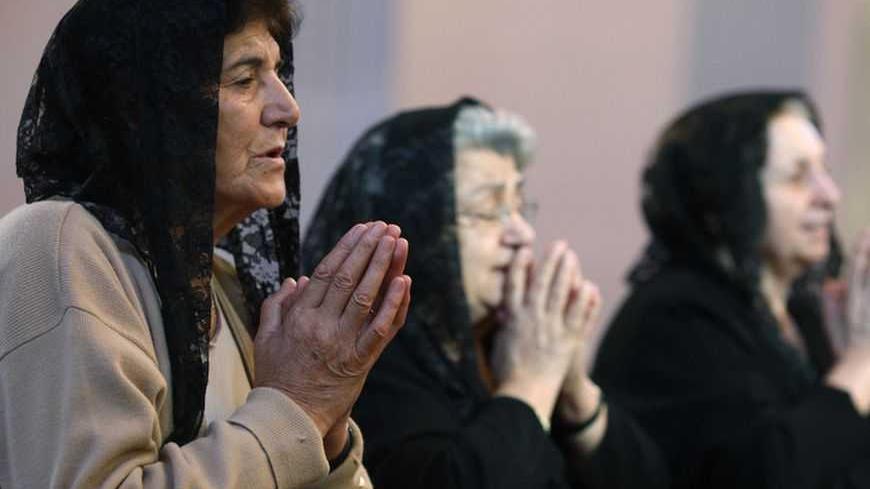 Turkish Prime Minister Recep Tayyip Erdogan is fond of reiterating a line by 13th century Turkish Sufi poet Yunus Emre: “I love the Created because of the Creator.” While Yunus Emre’s immortal words express the divine love for God, the central idea of Sufism, Erdogan uses them to describe what a great sense of tolerance his government, his party and himself have for “the Other,” especially ethnic and non-Muslim minorities.

In other words, when he repeats this line — at least once in many speeches he makes every week — Erdogan aims to demonstrate that Muslim tolerance has a philosophical background and, thus, underscores the soundness of his ideology.

But no matter what reason the Turkish premier has for repeating Yunus Emre’s words, it seems that people who care nothing for them are living in Turkey, and moreover in its most cosmopolitan city, Istanbul. In the first month of 2013, one of Istanbul’s ancient neighborhoods, Samatya, became synonymous with attacks on elderly Armenian women. With only two years to go before the 100th anniversary of the great catastrophe that befell Armenians in 1915, the mysterious attacks, directed at poor defenseless Armenians, have revived the century-old trauma and sparked fears that racist nationalism in Turkey may be rearing its ugly head again.

The first omens of the January attacks in Samatya had in fact come the previous month. A lone 87-year-old Armenian woman was severely battered in her home in early December and lost an eye as a result of the assault. On Dec. 28, another Armenian woman, 84-year-old Maritsa Kucuk, was stabbed to death.

As all mysterious incidents, those attacks on elderly, lone and poor Armenian women are marked by a pattern of intriguing symbolism. First, why Samatya?

Samatya is not the only Istanbul neighborhood with a sizeable Armenian population. Armenians reside in significant numbers also in Bakirkoy and Yesilkoy, two districts near the Ataturk Airport, as well as in Pangalti and Kurtulus, in the vicinity of the city center of Istanbul’s European section. But Samatya has some peculiarities that distinguish it from the rest.

Until its conquest by the Ottomans in 1453, Istanbul — then capital of the Eastern Roman Empire and called Constantinople — did not have an Armenian population. In 1461, Mehmed the Conqueror brought Armenians to Istanbul from Anatolian towns, mostly from Bursa, and designated Samatya, on the coast of the Marmara Sea, as an Armenian settlement. The Armenian Patriarchate was built nearby and became a gravity point around which the Armenian community expanded.

In other words, Samatya is the oldest Istanbul settlement of the Armenian community, whose numbers have shrunk from about two million across Turkey in the early 20th century to just 60,000 people uprooted from their hometowns and concentrated exclusively in Istanbul. Another feature that distinguishes Samatya from other Armenian-populated neighborhoods is the fact that it is home to most of the poorest members of the community, especially elderly women.

Because of this profile, robbery and theft appear to be the least probable motives behind the incidents in Samatya. Moreover, all lone Armenian women who were attacked there in December and January have another thing in common. They all lived in the vicinity of the church and were regular churchgoers. Most assaults happened while the victims were returning home from church.

Those details emerge as a proof that the assailants closely followed the women, knew their daily routines and deliberately selected them as targets. Additionally, the fact that the abduction attempt of an Armenian woman on Jan. 6 was perpetrated by three people wearing ski masks suggests the involvement of an organized gang and weakens the credibility of initial official statements describing the attacks in Samatya as “individual” crimes.

Such explanations have evoked the statements the authorities made after the assassination of Hrant Dink, the founder and editor of the bilingual Turkish-Armenian weekly Agos, who was gunned down on another January day in 2007 outside the offices of his newspaper. With Turkey still in shock and Dink’s blood still fresh on the pavement, the Istanbul police chief had described the murder as an “individual crime.”

Since then, the murder case of Hrant Dink, one of Turkey’s most respected democratic thinkers in recent years, has become a major watershed for the democracy struggle in the country. Tens of thousands of people in Istanbul stage a march each year on Jan. 19, the anniversary of the assassination, and hold commemorations outside the Agos office to make sure the 2007 murder is not forgotten.

In fact, it was Dink’s Agos weekly that brought the Samatya attacks to public attention, splashing them on the front-page of its two latest issues. After 83-year-old Sultan Aykar was assaulted on Jan. 22, liberal-democratic dailies such as Radikal and Taraf followed suit and the Samatya attacks began to receive coverage in the Turkish media. Most significantly, Milliyet, a leading mainstream daily, began to interview neighborhood residents and featured them prominently on its pages, which in turn, took the issue to the screens of television channels.

Even though the attacks against elderly Armenian women in Samatya come as a sign that racist nationalism is attempting to rear its head in Turkey again, they at the same time demonstrate that Turkey is no longer the old Turkey.

Thousands of people have mobilized for the Armenian residents of Samatya and taken to the streets. Two crowded marches were held separately last weekend, with the demonstrators carrying telling banners. “Hands off my Armenian neighbor,” one banner read, while another said: “Won’t let you touch my brother.” Yet another declared, “We are together with the Armenian people” and the most meaningful of all was reminiscent of the Spanish civil war: “No passage to racism!”

All those developments appear to indicate that Turkey has passed a crucial turning point with the funeral of Hrant Dink. His murder had raised concern of a new peak in rising nationalism in Turkey, but life in Istanbul ground to a halt the day Dink was laid to rest as 200,000 people joined the funeral procession, carrying banners like “We are all Armenians” and “We are all Hrant.” This spirit is now revitalized each time an Armenian is assaulted, offering a much stronger assurance to non-Muslim minorities, especially Armenians, than Erdogan’s words of “loving the Created because of the Creator.”

The Samatya attacks have shown that racism is alive in Turkey as a latent threat. But they have also served as a demonstration that Turkey now has a civil society that immediately stands up against racism.

For all those watching the developments with concern, this could be a solace.