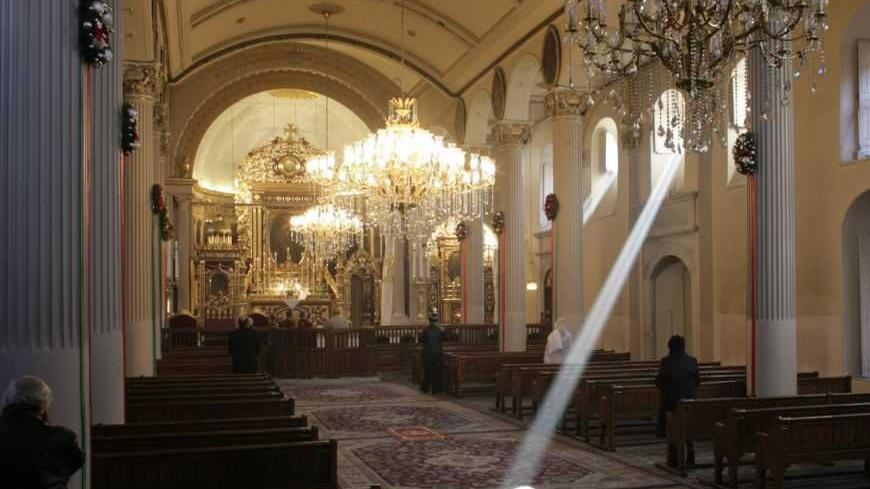 Mehmet Ali Birand’s funeral Saturday [Jan. 19] was one of the most crowded that Istanbul has seen in the past half-century.

Like many things in Istanbul, the mosques have their symbolism, too. Take, for example, one of the oldest — the Fatih Mosque, built in the Old City on the shores of the Golden Horn by Mehmed the Conqueror, who took the city in the 15th century and is himself buried there. It hosts funeral prayers for people who represent mostly Turkey’s Ottoman traditions and are generally known for their Islamist or conservative profiles. President Turgut Ozal, for instance, was laid to rest after funeral prayers at that mosque in 1993, in one of the most crowded and grandiose ceremonies that Istanbul has ever seen.

The next most spectacular funeral that Istanbul witnessed was the one of Hrant Dink, the Armenian journalist, thinker and activist, who was shot dead in broad daylight outside the offices of his newspaper on Jan. 19, 2007. Dink was gunned down on the other side of the Golden Horn, in the center of Republican-era Istanbul. Since he was a Christian, his funeral was not held in a mosque. The ceremonies, which began outside his Agos newspaper, brought life in Istanbul to a halt. A procession of 200,000 people, many carrying banners that read “We are all Hrant” and “We are all Armenian,” marched in silence to the tune of “Blond Bride,” Hrant’s favorite Anatolian folk song. Their march to the Armenian Church across the Golden Horn took several hours, and, despite the silence, became one of the most eloquent, dignified and “meaningful” demonstrations in the history of Turkish democracy.

The 19th-century Tesvikiye Mosque — situated close to where Hrant Dink was killed on the northern shore of the Golden Horn on the city’s European side, the center of Republican Istanbul -- has its own symbolism. It hosts the funeral prayers of the Republican elite, aka the “white Turks,’’ or, in a sense, the ‘’Turkish WASPs.’’

Of all funeral prayers held at the Tesvikiye Mosque, Birand’s funeral stood out as the most crowded, most grandiose and most striking in terms of the wide-ranging social and political profiles of the mourners.

President Abdullah Gul came from Ankara, accompanied by Parliament Speaker Cemil Cicek. Beside the many ministers in attendance, the head of the main opposition party CHP rushed to Birand’s funeral as soon as he flew back from a visit to China. The CHP’s previous chairman, Deniz Baykal, mixed with the crowds for the first time in a long while. Mesut Yilmaz, one of the last prime ministers of Turkey’s center-right era in the 1990s, was also there. Clad in a black robe and holding a specter, Ecumenical Patriarch Bartholomew I, the top spiritual leader of the world’s Orthodox Christians, was another figure that stood out. U.S. Ambassador Francis Ricciardone and his French counterpart were among other mourners who came from Ankara, representing the two leading nations of the Western world.

Cutting through the huge crowd that packed the mosque yard, a petite woman offered her condolences to the widow and son of Mehmet Ali Birand. She was no one else but Dink’s widow, Rakel, scheduled to make a speech at a crowded commemoration ceremony for her husband at the nearby Agos offices just a bit later in the day.

Safeen Dizayee, a spokesman for the Iraqi Kurdistan Regional Government, arrived from Erbil with a bag of soil, which he gave to Birand’s widow. He had brought “Kurdistan soil” to be scattered on the grave as a sign of “the Kurdistan people’s respect and affection for M. Ali Birand.” Some of Turkey’s most prominent Kurdish lawmakers were also there.

The mosque yard became a virtual Hall of Fame as Turkey’s best-known television presenters, show-biz celebrities and athletes also lined up to pay their last respects.

And thousands of Turks, many of them ordinary, unknown people of modest status, flooded the mosque yard and the streets leading to the mosque. It looked as if a tearful nation was rushing to bid farewell to a man who, it turned out, had become one of the country’s greatest pop-icons.

Birand was a journalist. He failed to be anything else. He always remained a journalist. Dying suddenly at  71, he left behind a media career of almost a half-century, which began in the 1960s and left an enduring mark on television journalism over the past 30 years. He was a good journalist. A very good journalist.

Birand was Turkey’s first television journalist of international caliber. His weekly show, The 32th Day, which began in the 1980s and continued to date, brought the world to Turkey; world leaders entered the living rooms of the Turks via the screen thanks to his remarkable interviews. People followed all major developments at home and abroad through his camera and his comments and of those he put on screen.

Many TV figures, among them celebrities of Turkey’s media today and a number of anchormen, had been disciples of “the Mehmet Ali Birand School.”

A journalist who advocated liberal and democratic ideas of European standards, Birand was the author of many “firsts” in the news reporting realm in Turkey. Thanks to him, restrictions on reporting — taboos and prohibitions typical to Eastern societies — were shattered. When the word “Kurdish” was the subject of self-styled bans, he was the first to use it in the newspaper language. When PKK leader Abdullah Ocalan was a taboo but also the subject of curiosity in the 1980s, he was the first to interview him in Damascus and put him on screen.

The Turkish people first learned of the European Union through the reports and books he penned during his 20 years in Brussels.

No one wrote more elaborately than he did on the Cyprus problem and the state of Turkish-Greek ties since the 1970s. His books were translated to Greek and other languages.

He was the first to take up the problem of the Turkish military, breaking the mystic taboo of the Turkish Armed Forces with his book “Emret Komutanim,” or “Yes, sir!” He got himself in trouble. He lost his job. He stood trials. But a group of officers in uniform attended his funeral in what amounted to a sort of “democratic apology” on behalf of the army.

Birand produced television documentaries about Turkey’s recent past and violations of democracy. As each documentary became a hit, he made enormous contributions to the struggle for democracy in Turkey.

The human sea at his funeral — mourners from all walks of life — was a striking illustration of how much and how captivatingly he reached out to the people. It was a hopeful sign for the country’s future.

After the prayers at the Tesvikiye Mosque, his body was taken to the Asian side of Istanbul and laid to rest near his home. Simultaneously, another crowd gathered outside the offices of the Agos newspaper near the Tesvikiye Mosque to mark the sixth anniversary of Hrant Dink’s assassination. They had staged a march urging the authorities to uncover Hrant’s murderers (known to be hiding within the Turkish state establishment) and were listening to Noam Chomsky, the octogenarian American linguist and political activist, who addressed the crowd from the Agos’ windows.

Istanbul will remember Jan. 19, 2013, as the day that brought Birand and Dink together and the day when the two journalists brought tens of thousands of people together.

At a time of sorrow, they radiated hope for the country’s democratic future.

They left behind a striking and perhaps a unique lesson: Journalism in Turkey is a tedious, troublesome and potentially lethal job, but decently done journalism could be more powerful than the might of kings and generals.

Cengiz Çandar is a contributing writer for Al-Monitor's Turkey Pulse. A journalist since 1976, he is the author of seven books in the Turkish language, mainly on Middle East issues, including the best-seller Mesopotamia Express: A Journey in History. He contributed to two Century Foundation publications: "Turkey's Transformation and American Policy" and "Allies in Need: Turkey and the US." He is currently senior columnist of Radikal in Istanbul. Candar was a special foreign policy advisor to Turkish President Turgut Özal from 1991 to 1993.