Nadav Eyal compares the aftermath of the Italian Five Star movement to the Israeli social justice protest and considers that new Israeli faces can and might deliver. 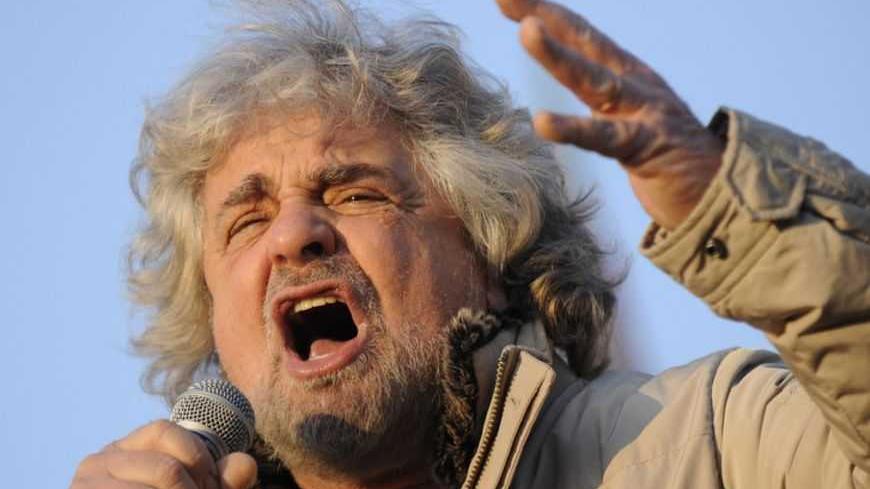 Beppe Grillo, leader of the Italian Five Star Movement, came like a bolt of lightning in the darkening skies of Europe. And, as argued by both Grillo and his party, it seems that their emergence in the recent general election in Italy points toward a much wider phenomenon than a mere random protest vote.

In fact, in a number of European countries, the ideological frames of operation of politics have extended far afield. It started with the green parties, continued with anti-European parties (such as the British UKIP, the UK Independence Party, which seeks the withdrawal of Britain from the European Union) and pro-[Internet] piracy parties, and has now culminated in an all-out protest party like the Five Star Movement, which talks, rather chaotically, about ecology, government corruption, the European Union failures, direct democracy, and the like. In a certain sense, Grillo is a separatist, which, on the face of it, seems to contradict the notion of a universal agenda. However, it somehow all falls into place, as Grillo is, simply, the voice of protest. And his rivals would say that it is protest for the sake of protest.

In a far deeper sense, the rise of Beppe Grillo and his movement is the result of an Italian government crisis that has been going on for many decades. But more than a matter of governmental failure, it is the direct outcome of the soaring unemployment rates in southern Europe, from Portugal through Spain, to Italy and Greece. Italy is currently undergoing an unprecedented period of economic stagnation. Under the circumstances, Grillo comes as no surprise.

In Israel, the intense social justice protest of 2011 — as reflected in the mass demonstrations that swept across the country, the likes of which had never been seen before in Israel — was the product of complex circumstances, but it was undoubtedly influenced (not necessarily in the following order) by the Arab spring, the global economic crisis and, above all, the high cost of living and skyrocketing housing prices. The nationwide protest called for a “New Deal” for Israeli society and dealt at large with the deep cuts in the state budget earmarked for social welfare services, the takeover of the economy by tycoons and the plight of young families looking for somewhere to live.

While the demands raised by the protesters were ill-defined, wide-ranging and haphazardly presented, the underlying message was quite clear and forcefully driven home. The social justice campaigners were talking of solidarity and of the revival of the traditional values of Israeli society, which had been built as a welfare society (providing public housing, as well as free education and health services), but which experienced since the erosion of its fundamental ideals.

Less than two years following those mass demonstrations attended by hundreds of thousands of protesters, the citizens of Israel had their say at the ballot box. Cynical assessments dismissed the wave of protest as no more than a brief shimmer of social awareness that was doomed to sink into oblivion and to be engulfed before long by the indifference typical of the Israeli public. But contrary to this assessment, it has transpired that the call for change made its way into politics. And not only has it gained a foothold in the political arena, it has in fact changed it. Almost half the members of the incoming Knesset elected in the last election will be serving for the first time — an unprecedented rate in the recent history of Israel. And far from being professional politicians, many of them are academics, intellectuals, entrepreneurs and executives or journalists.

What’s more, the party that carried the banner of the middle-class erosion, Yair Lapid’s Yesh Atid, scored an outstanding success in the election. The right-wing HaBayit HaYehudi of Naftali Bennett sought to present itself as a party that is not exclusively preoccupied with preserving the settlements and that has an economic agenda, as well, one consistent with the classical liberal economic positions of the right — and it did so quite successfully, using the communicative slogan of “new politics” to deliver the message to its potential voters. The leaders at the helm of these two parties, Yair Lapid and Naftali Bennett, both young men, have joined forces and formed a political bloc (notwithstanding the profound differences between them), thereby enforcing on the beaten Likud the conditions under which the new government is to be formed.

Yet, a closer look at the platform of the two parties and the worldview of their leaders shows that they are far removed from the original ideals of the social justice protest. Yair Lapid represents the middle class. However, he himself is very well off and by no measure a member of the middle class, having led for years a highly successful and lucrative career as a popular newspaper columnist and a prime-time TV show host. The turnout for Lapid was specially high in the the top upscale communities in Israel, where the millionaires of the country reside. And while the economic doctrine championed by Lapid approves of state-sponsored solutions to problems such as the housing crisis, his stance on such matters is rather guarded and essentially conservative.

The leaders of the social protest movement are politically located on the left side of the map. However, Lapid is careful to associate himself with the political center. As to Naftali Bennett, the HaBayit HaYehudi leader may be adept at communicating through Facebook with all population strata, but he presents in fact a rigid and extremely conservative rightist doctrine that supports the annexation of parts of the territories, just like the leaders of small right-wing parties thirty years ago.

Grillo, too, makes use of the Internet to address the electorate. Like Bennett, Grillo talks about liberation from the yoke of the economic oligarchs, and plays the role of the funny and sympathetic nice guy (“your brother,” in the campaign slogans used by Bennett) who is facing a stagnant system. Yet, economically speaking, Bennett is a neoliberal conservative, who sees the main problem as lying in specific sectors of the market (but, naturally, not his sector) and in the major labor unions.

The vote in favor of these Israeli parties in the recent election was a protest vote, and its outcome has come as a real surprise. After all, no one could possibly tell how they would do at the ballot box. Undecided voters who go against the system usually make their decision at the very last minute, just before casting their ballot. However, these parties are far removed from the anarchism of Beppe Grillo, which is an offshoot of the global protest discourse.

There are probably many in Israel who welcome the developments. Anyway, aside from advising his fellow politicians to “f--- off,” as he used to do in his election campaign rallies, Grillo has not yet demonstrated that he has some impact on the decision-making process in his country. In Israel, too, a like-minded party — Eldad Yaniv’s Eretz Hadasha — which adopted the seventh letter in the Hebrew alphabet (which also denotes the male organ) as its symbol. As it turned out, he failed at the polls, where Grillo succeeded. It seems that the Israelis are still quite conservative, even when it comes to social justice protest. The question, however, is whether the power invested in Grillo heralds the beginning of change. The burden of proof is on him.

The burden of proof is on Yair Lapid, Bennett and their colleagues, as well. Without a doubt, the leaders of the social justice protest of 2011 did not vote for any of them, but it does not really matter. What does matter is that a large public of young, middle-class Israeli families pins its hopes on Lapid. This is the public that has turned the protest of a few thousand students into a nationwide protest movement sweeping hundreds of thousands throughout the country – an impressive figure in a society numbering a mere eight million people. Lapid rode the wave of protest all the way to electoral success, running under the social protest slogans and championing its ideals. However, his list does not feature prominent social justice activists and his agenda is still rather vague. His great advantage is the fresh attitude he brings with him, which earned him the most significant asset of a protest party — the massive vote in his favor that was in itself a protest vote.

The vanguard of the social justice protest of 2011 has brought about some tangible achievements — the new makeup of the Knesset, for one, or the bill ensuring free mandatory education from age 3. Most important is the tremendous boost to a new party, the second largest party in Israel today. That party has to demonstrate now that it is worthy of the protest movement, which breathed life into it.

Nadav Eyal is a contributing writer for Al-Monitor’s Israel Pulse. He directs Chanel 10's foreign news desk and was formerly a political reporter and European correspondent for Maariv. Eyal was named one of the hundred most influential people in the media for 2011 by the Israeli business magazine Globes. He holds an LLB degree from the Law Faculty at Hebrew University in Jerusalem and a master's degree in global politics from the London School of Economics.