With personal aspirations and sectorial interests keeping Israeli Prime Minister Benjamin Netanyahu's coalition together, no socioeconomic or diplomatic reform is on the horizon. 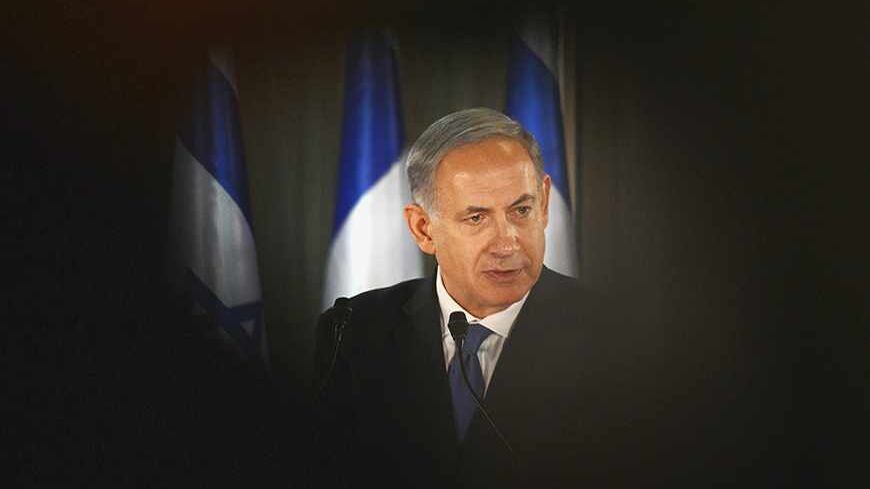 The opening moments of the weekly meetings held by Knesset factions every Monday at noon are usually devoted to well-publicized statements by the parties’ leaders. It is an ideal platform for sending messages to the public, setting the political arena on fire, and attracting the spotlight with some statement that will become a headline. It is a weekly meeting with the media that allows the various party leaders to feel the pulse of the political system at large.

There were no surprises waiting for political reporters on Monday, Nov. 18. Prime Minister Benjamin Netanyahu, with Foreign Minister Avigdor Liberman by his side, sent another warm embrace from the Likud–Yisrael Beiteinu faction meeting to French President Francois Hollande, who would later address the Knesset. Once again, Netanyahu made it clear that the agreement emerging between the international community and Iran is bad and that Israel is not beholden to it.

The chairman of the Yesh Atid Party, Finance Minister Yair Lapid, spoke about his commitment to resolving the housing crisis and promised that young couples would be able to purchase apartments in the near future. Nothing special really, but yet another attempt to redirect the social agenda to benefit the middle class as his poll numbers continue to come crashing down.

Meanwhile over at the Labor Party, the chairwoman, Knesset Member Shelly Yachimovich, and the chairman of Labor's Knesset faction, Isaac Herzog, sat edgily beside each other. The two are in the final round of their battle over the party leadership, which will be decided in the primaries on Nov. 21. Journalists covering the start of the meeting couldn’t even persuade them to shake hands for a photo op.

This uneventful description of what is happening in the Knesset might give a sense that the coalition is stable after months, during which a question mark has hovered over the entire political system as it awaited a verdict in Liberman's trial. Ostensibly, his acquittal should have stabilized the coalition and allowed it to govern effectively. However, although there is not a single member of the coalition who has any interest in quitting right now, the overall impression is that Netanyahu’s government is stuck in place.

The coalition is just ten months old, but the only thing that its members can see ahead of them is the next round of elections. The coalition factions are engaged in a never-ending election campaign that prevents the government from rising above sectorial whims and personal aspirations. That was what happened with Housing Minister Uri Ariel of HaBayit HaYehudi, who caused problems for Netanyahu when he announced a new construction initiative in the territories, and it is what happened when Science Minister Yaakov Peri of Yesh Atid gave his assessment in a public debate that either his party or HaBayit HaYehudi would quit the coalition in the future over disagreement surrounding the diplomatic process.

Not one of these incidents threatens the integrity of the coalition. It is stable, but at the same time, it is also quite clear that with its current structure, it will make no significant changes to Israeli society, nor any major diplomatic move for that matter. This is a survival coalition, from the prime minister on down to all the major players in his government.

Beyond that, this is a coalition that is expected to lose its two banner issues over the next few weeks. The first of these is the Iranian nuclear issue, which was Netanyahu’s calling card in the last election. Now that an agreement between Iran and the international community will be a reality in only a matter of time, the prime minister will be left without an agenda.

The situation facing the leader of the second largest party, Lapid of Yesh Atid, is hardly any better. By the end of this month, the Knesset is slated to vote on the law to draft ultra-Orthodox into the military, an issue that topped the finance minister’s campaign in the last election. Once the law is approved, he will be forced to find other issues to help him in his struggle to stop middle-class voters from fleeing his party.

Under these circumstances, it is safe to assume that the Yesh Atid chairman will pull out more and more programs and statements that will appeal to his constituents, such as a civil union law, which has infuriated HaBayit HaYehudi. On the other hand, we will continue to hear about Lapid’s commitment to the diplomatic process, while Economy and Trade Minister Naftali Bennett and Housing Minister Ariel keep putting sticks between its spokes [to prevent it from proceeding].

The one person who has brought the sense of hopelessness in the coalition to its climax is Liberman. His return to the Foreign Ministry allows him to resume his favorite position as the man who holds the keys to the coalition’s continued existence. He decides how high the flames are and holds Netanyahu as a hostage of sorts. That is exactly what he is doing in the battle over who will replace him as chairman of the Foreign Affairs and Defense Committee that is taking place right now.

Even if the Likud and Yisrael Beiteinu decide to part ways on Nov. 24, it will have no immediate effect on the coalition. Liberman has no reason to quit the coalition. He can strengthen and hone his positions from within the government, distinguish himself from Netanyahu, issue ultimatums when he so desires, and more generally, he can try to win back the electorate he lost during the months he waited on the sidelines for his verdict.

Netanyahu realizes that on the one hand, he is dependent on Liberman’s interests, while on the other he is also dependent on the agendas of Yesh Atid and HaBayit HaYehudi. Having no real ally, the prime minister is now sending out feelers to see if he can make his way back to the ultra-Orthodox parties. He is trying to tone down the draft law in favor of the ultra-Orthodox and to remove any economic and criminal sanctions from the legislation before it comes up for a vote in the Knesset at the end of the month. Even if he fails, he can at least show the ultra-Orthodox Shas and Yahadut HaTorah that he tried.

Netanyahu must certainly hope that Herzog is elected head of the Labor Party. He believes that it would be easier to reach an understanding with Herzog and the ultra-Orthodox that would allow them to join the government in the event that he has to threaten Bennett, Lapid or Liberman with an alternative coalition. That way, at least, he will be able to restore some of his power of deterrence.