Budget cuts offer the new defense minister Moshe (Bogie) Ya'alon an opportunity to complete the visionary process he began as chief of staff: to shrink the clunky land army and make the IDF more relevant, given the challenges it faces, writes Alon Ben David. 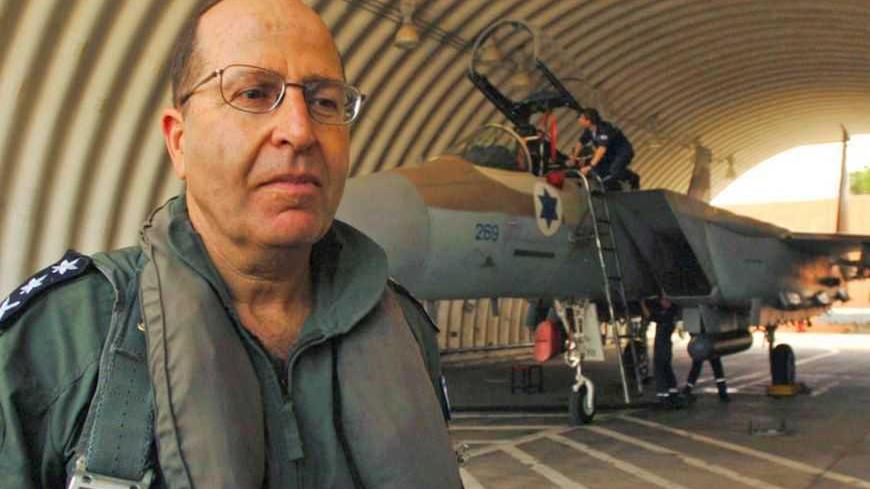 Outgoing Israeli army Chief of Staff Moshe "Bogie" Ya'alon stands in front a fighter jet at the Natzarym air base in Israel, May 23, 2005. - REUTERS/IDF/Handout

For the first time in Israel’s history, a new defense minister has taken the post without any threat of a foreign army ready to invade our territory. Anticipated cuts to the defense budget will provide Moshe "Bogie" Ya’alon with a chance to complete a process he began as chief of staff [2002-05] and shrink Israel’s land forces. The IDF of today is a “smart army.” Considering the challenges he faces, will Ya’alon also make it smaller and more relevant?

From the day that Israel was established, the greatest threat was always thought to be an invasion of foreign armies which would seize chunks of territory. That threat no longer exists. For the past four decades, the IDF has structured itself so that it could win another Yom Kippur War, but such a war will not happen again. The threat of a “classic,” conventional war, which generations of soldiers and officers trained to fight, is no longer with us.

For decades, the Syrian army provided a point of reference for potential scenarios considered by the IDF. But it has since ceased to function as an effective army, and it is doubtful whether it will be a threat in the foreseeable future. While the Egyptian army continues to equip itself with American weapons, it is hollow shell of its past, untrained and inexperienced. Then again, even if the Egyptians ever make the mistake of entering the Sinai Peninsula by force, the existing technologies today could stop them "without leaving your seat."ֿ

Today’s IDF faces significant challenges both from Hezbollah in Lebanon and from distant Iran, which is trying to obtain nuclear weapons. Still, any straight-talking military man will admit that he is unlikely to see another tank battle in his lifetime. In an age when a $100,000 anti-tank missile can easily destroy a $5 million tank, a significant part of the IDF’s armored brigades becomes irrelevant.

This shift in strategic challenges, combined with anticipated cuts to the defense budget, should provide the new defense minister with the chance to make fundamental changes to the IDF’s power structure. Ya’alon is a veteran of the 1973 Yom Kippur War. It was that war which convinced him to pursue a military career, culminating in his new position as Minister of Defense. The trauma of the war propelled most other members of his generation to create more armored brigades, and more and more flight squadrons. Not Ya’alon. He was one of the first to recognize the changes under way to the very nature of warfare, and the new possibilities that opened up in an era of precise munitions and accurate intelligence.

During his term as chief of staff, “Bogie” began reducing the size of Israel’s land army. He did this because of financial constraints, but also out of the realization that having a large conventional force was irrelevant, given the non-state actors such as Hezbollah that the IDF now faces. As he wrote in his book, “More and more and more tanks are not the solution to the challenges of the next decade.”

The Second Lebanon War interrupted those cuts. Once the fighting was over, the IDF went “back to basics,” almost sanctifying the importance of ground maneuvers. Seven years later, we can finally free ourselves from the trauma of Lebanon, admit that the use of precise firepower can spare us any ground maneuvers, and realize that structural changes to Israel’s land forces are not only desirable; they are almost a necessity.

Old fashioned tank divisions that cannot survive advanced anti-tank weaponry are of no use against the rockets of Hamas and Hezbollah. What the IDF needs is a readily available iron fist based on regular armored and infantry divisions, equipped with the best weaponry available. It needs a force that can maneuver quickly and aggressively, whether it is in Lebanon, Gaza, or Syria.

Ya’alon has the chance to complete the visionary process he began as chief of staff. He can create a small, sophisticated, and nimble land force that can accompany a heavy, precise aerial campaign against any aggressor with some brief ground operation. As Ya’alon sees it, a successful aerial campaign could even make that ground maneuver redundant. The savings incurred by reducing the land forces will not be immediate, but any aging armored division decommissioned from the IDF’s order of battle means that resources to equip the army with more relevant capabilities will be readily available within a year.

Like any conservative organization, the IDF instinctively opposes any dramatic changes or cuts. Nevertheless, it will accept the authority wielded by Ya’alon, who is now the only member of Netanyahu’s government with any significant military authority. After being kicked out of the IDF upon completing a brief, three-year stint as its chief of staff, he can reshape the army to face the real challenges of the years to come. Now that he has assumed the cabinet seat once held by first Israeli Prime Minister David Ben Gurion and former Defense Minister Moshe Dayan, as well as by his arch-rivals former Defense Ministers Ehud Barak and Shaul Mofaz, Ya’alon will discover that when there is no one to look up to for guidance, the position of defense minister can be a lonely job.