The Paradox of Religion In Erdogan’s Turkey

Ihsan Dagi of Zaman asks whether conservatives are moving to the center; the answer is just that power is changing hands in Turkey, but not in a democratic way, writes Tulin Daloglu. 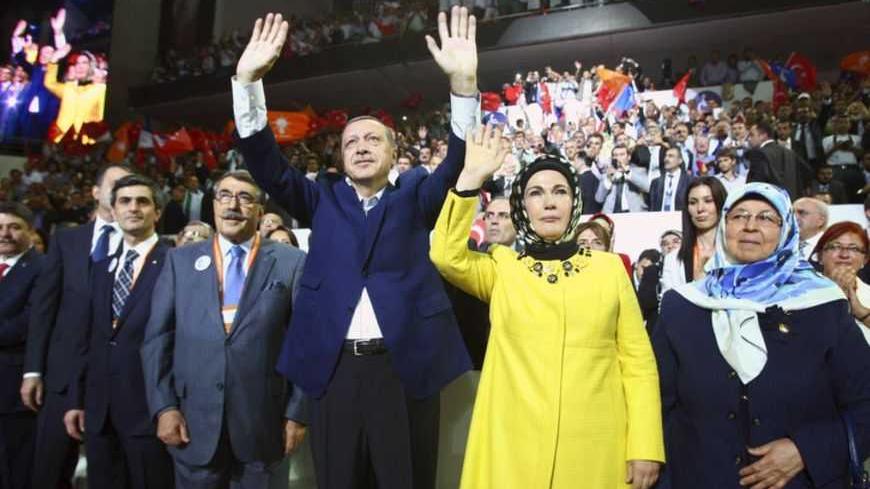 In a country where there seems to be a mosque on almost every corner, it sounds overblown to claim that pious Muslims are oppressed in Turkey. But since the Justice and Development Party (AKP) came to power over a decade ago, it has been the party line to accuse Kemalist ideology as being Islamophobic and responsible for oppressing and discriminating against practicing Muslims in state, business, and personal affairs.

For the AKP, it was the "state" that had an active policy against freedom of religion in Turkey for followers of Sunni Islam.

Writing at the daily Zaman, the flagship media organ of Turkey's influential religious movement of Fethullah Gulen's on Tuesday, March 12, Ihsan Dagi, made a crucial observation: "The most important element of state and society relationship to me is this," he pointed out. "Many interpret the shift of the conservatives to the center as a natural outcome of democratization. Indeed, it's true. ... But what's important is the relationship of those conservatives who moved to the center with the 'state.'

"Are they encouraging the state to become civilized, or are they becoming the state? What I believe is that ... this movement of the conservatives works to the advantage of the state in this power equilibrium between the state and the society."

Thinking logically, if there were fewer people dependent on the state today, Dagi would probably not bother to open such a question to debate. There certainly is a problem in today's Turkey, where people cannot get things done if they are not in good standing with the authorities. For three consecutive terms, Erdogan governments have been exceptionally adept in placing their own like-minded people to all sorts of state institutions. And because people see that they can get things done by getting close to the power, they rally even more when the prime minister escalates his tone and stature in doing business with the state.

By the same token, the persistent repetition of the slogan that there is no “alternative” to the ruling party does not help the opposition, which consistently plays defense in explaining that they’re also capable of governing the country. This general picture creates a new segment of isolated, and silenced people — rather than closing the gap between practicing and non-practicing Muslims in the Turkish society.

Many businessmen, who are now outside the loop of the Islamist circles, in talking to Al-Monitor, complain about loss of jobs and wealth because they can't compete with those inner circles. The ruling party has created its own elites. The Turkish media have not reported much about corruption in the past decade, but the rumors in this country are so persistent that it's a real issue. Some whisperers claim that no one dares to talk about it — as it's not possible to stand against the Erdogan government's robust power, money, and fame triangle. And everyone is feeling a bit scared of coming under the wrong attention and paying a price with their wealth — so many seem to be staying silent out of fear as they have a responsibility to take care of their families.

The parliamentary commission investigating the illegal wiretappings stated on Thursday, March 14, that the gendarmerie had wiretapped 470,000 people’s telephone communications in the past 11 years. This massive number excludes the wiretappings of the security and intelligence agencies. In 2009, then-Justice Minister Mehmet Ali Sahin said that the security units — still excluding the National Intelligence Service — had wiretapped 70,000 phone lines. The government has refused to provide the new numbers since then. The point is that the public is convinced that those who are wiretapping in these state institutions are all followers of the Fethullah Gulen movement. The public verdict is that they’re everywhere, from the Justice ministry to security agencies. Yet there is now a growing perception that Prime Minister Erdogan has fallen out with this movement — and that not only the Islamist camp is divided (and therefore in a contest of byzantine games), but there are also other camps who are using illegal wiretapping to access privileged information to use to their benefit.

Politicians like to exploit weaknesses and play up those mistakes of the previous governments to mobilize the constituents to their side. Yet the Erdogan government's provocative and arrogant politicking of mixing religion and state affairs misses the natural flow of the maturity of the society. It's been wrong all along to frame the old Turkey as anti-Islam, and cherry-pick examples that are impossible to justify. Why, then, keep looking at the half of the glass that is empty?

Such politicking does not pave the way for creating a harmonious society that honors and respects differences and values individualism. While no one knows exactly as to how many Turks today are dependent on the state to survive, or who feel obliged to have good relations with authorities for their survival, one thing is clear: At each election cycle, it is not the opposition parties but the AKP which distributes aid to people — and that includes not only food supplies, but even refrigerators and a small amount of investment gold. And there are many who feel grateful for those distributions, and cast their vote accordingly.

They are certainly not to be blamed for doing that, because they are mostly low-income families. The point is though, the more that this kind of politicking continues, and the more that they follow the trend, the further they will move away from the hope of standing on their own feet, incapable of making their own choices. This is the recipe for reshaping Turkish society in the form of an ummah — a religious community, where individualism is no longer honored. If Turkey continues on this path, many soon will most likely start craving for the days of the old Turkey, where there was more freedom of religion and speech despite all odds — and there was no pressure to act in an expected norm to fit to the trending elites.

In short, to answer Dagi's well-posed question, Turkey is not getting democratized. It's just that the power is changing hands, and a religious dogma is slowly but gradually planting its seeds for the new Turkey.