AKP policies are forcing a majority of children to be pushed toward either religious education or vocational schools. 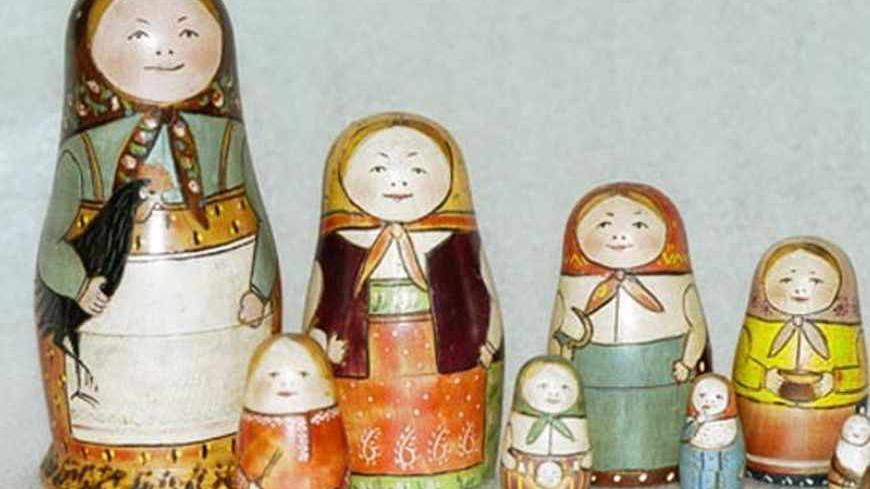 The original matryoshka doll set from 1892, carved by Vasily Zvyozdochkin using a design by Sergey Malyutin, as seen in the year 2000. - Sergiev Posad Museum of Toys, Russia

Just think of the Russian matryoshka, or nesting, dolls. They go from large to small, one nestled within another. The dolls began by portraying a mother in peasant dress and her children — the family members lined up in order all the way to the newborn.

Now try to adopt that imagination into thinking about a nation, while playing with the metaphors and substituting the older woman with people’s way of approaching their God — or not. Surely, not everyone comes from the same religion or has the same level of religiosity. But like the matryoshka dolls, they all live within the same society.

One likes to believe that once they're left free, they will easily find a balance, accepting each other as they are and living harmoniously, acknowledging that even the most extreme religious beliefs in society have an impact on the opposite extreme, even, say, on atheists. All chains keep constantly interacting and influencing each other. Freedom is then dynamically embraced.

Unfortunately, the world is not an ideal place. People choose to be defeated by their egos, and judge others who differ from them, trying to mold them according to their beliefs. Once the state — with all its power — gets involved in this business of shaping society, however, it becomes a challenge to talk about free will and individual choice.

Turkish Prime Minister Recep Tayyip Erdogan was right all along that the state was wrong to ban females who wear head covers from attending public universities. But two wrongs don't make a right. The presumption, for example, suggested by the Islamist, ruling Justice and Development Party (AKP) is that their decisions for the people are correct, as opposed to the past government's approach to freedom of religion. They claim that they are correcting all the past mistakes of the military coup era without judging people’s differing lifestyles or attempting to reorient them toward conservatism. Despite Erdogan’s view that his government has never intervened in people’s lifestyles, there is an example in the making as to how the AKP is aiming to adjust the codes of this society more toward Islamism.

Unsal Yildiz, chairman of Egitim-Sen, an independent institution that brings under its umbrella teachers from primary to high school, says that AKP policies are forcing the majority of the kids to be pushed toward either religious education, at Imam Hatip religious secondary schools, or vocational schools.

Yildiz said on Friday, Aug. 16, that “1,112,604 students took the placement test this year. This stands as a proof that all these kids want to continue their education in 'academic high schools.' Despite that, the Ministry of Education allowed only 363,872 students to do that. This new system is forcing more than half the students to continue their education in vocational high schools [or] Imam Hatips. ... Such a forced imposition like this on students cannot be accepted.”

Yildiz argued that the ruling government is more interested in raising an obedient new generation, and that is why religious education is prioritized. “The Education Minister Nabi Avci’s claim that families prefer to send their kids in growing numbers to religious education is the direct result of the government policies,” Yildiz said. “While the traditional, regular, academic high schools face numerous infrastructure problems (that also includes assigning teachers), it’s only meaningful that the religious secondary and high schools now become more advanced than the others. It shows the political will, nothing else. One can see the love of AKP in Imam Hatips in their increasing numbers.”

It’s a big question mark as to whether families are increasingly demanding their children be given a religious education. In 2012 and 2013, there were a total of 1,141 Imam Hatips, or religious secondary schools. Of these schools, 42 were closed due to lack of student enrollment. Of the remaining 1,099 schools, 78 never had a student, and 461 were at half-occupancy.

Environment and Urban Planning Minister Erdogan Bayraktar, who is close to Erdogan, said on Aug. 6, “This is a Muslim country. Ninety-nine percent of the population is Muslim. We have a structure [of a society] that comes from history. Due to Turkey’s geographical placement, we don’t have inventors. Therefore we need to put our focus in raising strong, well-educated and mid-level technical workers.”

The government is directly placing obstacles before the dreams of these kids, dictating what is best for them. There is nothing about Turkey’s geographical placement that prevents new generations from dreaming bigger. On the contrary, the Islamist-rooted government is now trying to enforce certain kinds of changes in society. They are not allowing people freedom of choice, even in how they want to raise their children. Turkish society has lost another opportunity to embrace all individuals in their approaches to God. There is more than enough enforcement from the top — that is, the Erdogan government — that tries to dictate Islamic values, as if there is one way to interpret and practice religion. This enforcement promises to create new troubles for society. It does not cure a thing or help to normalize it.

If the country’s new generation really prefers to have religious education, then this needs to be respected. But something is going wrong here, no different than the headscarf ban on female university students. This time, religious education is being pushed onto more students, starting from secondary school onward. If this is not an intervention in personal lifestyles, what is? The impact won’t be seen today, but it will be all visible in a decade or so. An Islamist mindset that pushes religious values on Turkey’s population won’t create free, independent minds. This is one thing that religious education takes away, as it programs minds to follow orders. This will create more and more pressure on those who can’t adapt to that change. This is what the new education system is planting.