Israel is not an occupying power but a conquering one; this became clear when it was implied that previous negotiations were a “cover-up” to reach the current status quo, writes Clovis Maksoud. 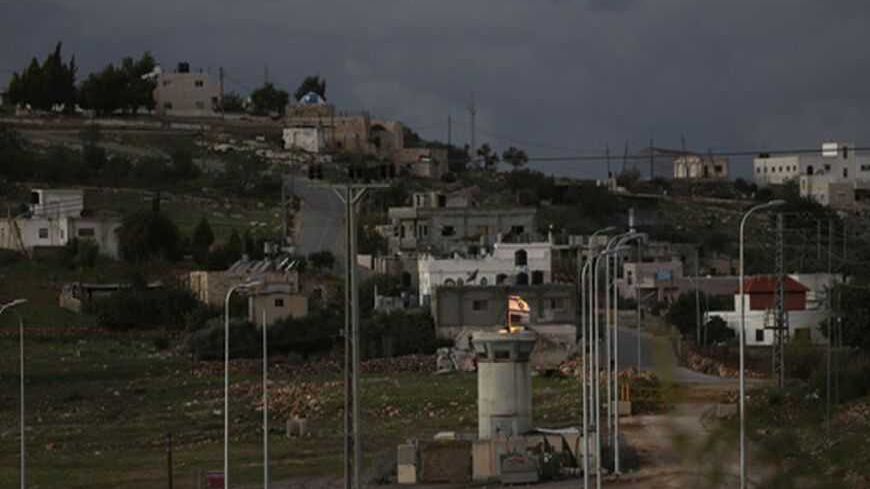 An Israeli flag waves atop a military watchtower just outside the West Bank village of Nabi Saleh, near Ramallah, Dec. 6, 2012. - REUTERS/Mohamad Torokman

Perhaps the only clarity that emerged during President Obama’s visit to Israel is the statement of Economy and Trade Minister Naftali Bennett, which describes exactly the status of Israel in the Palestinian territories: “There is no occupation within one’s own land.” He definitely stated publicly what has been the policy of Israel since June 1967 and what the Oslo Agreement and the subsequent so-called “negotiations” have sought to cover up.

This establishes what has been obscure for a long time — Israel is not an occupying power. It is a conquering power. The settlements are an expression of a claim by Israel to territories that it is determined to annex. Israel is conquering the territories gradually, and what has enabled Israel to cover up this reality is that the Palestinians who have been negotiating with Israel for decades are now prompted by Obama to think about returning to the “negotiating table.” This demonstrates in a clear manner that what was marketed as “negotiations” were at best discussions. Negotiations are not a method to discover the outcome but to negotiate the modalities of achieving that outcome — in this case supposedly a two-state solution within the borders of 1967.

Of course what gives Israel a license to pursue its conquering of the Palestinian territories is the rush of a large majority of Congress to support Israel without questioning. Few exceptions to this unfortunate role can be cited but they, up until now, have remained on the peripheries of U.S. policymaking on the Israel-Palestinian question.

What is considered by the U.S. press as a success — namely, the restoration of relations between Israel and Turkey — will not alter the long-standing Turkish support of Palestinian rights. It will thankfully remain, but with a possible deficit of effectiveness.

Clovis Maksoud is a former ambassador and permanent observer of the  League of Arab States at the United Nations and its chief representative in the United States for more than 10 years.