During the US president’s visit to Israel, writes Clovis Maksoud, it's crucial that discussions with the Palestinian Authority include representatives from Gaza, and that Israel be identified as an occupying  power. 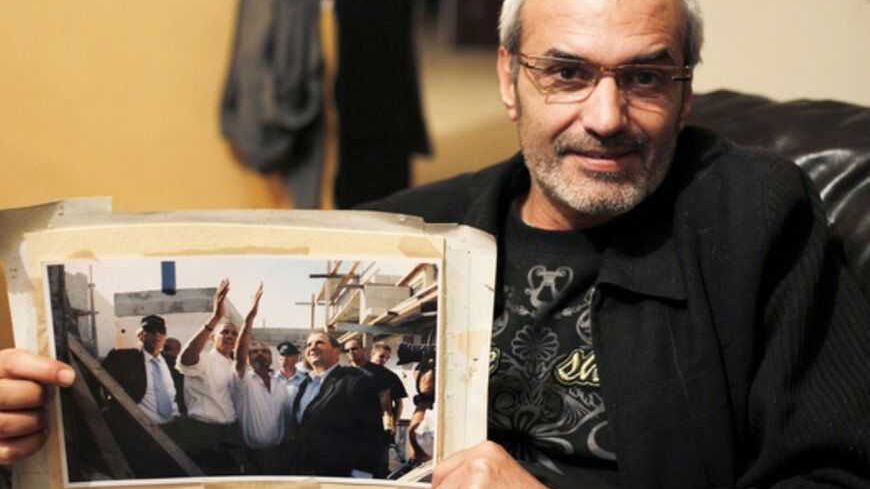 Pinhas Amar poses for a portrait as he displays a photograph taken when he met the then-US presidential candidate Barack Obama after a Palestinian rocket damaged his house, during an interview with Reuters in the southern town of Sderot March 11, 2013. - REUTERS/Amir Cohen

US President Barack Obama’s visit to Israel at this juncture constitutes, perhaps, a rare opportunity to clarify the legal rights of the Palestinian people — namely, the right of return — and to establish Gaza as an integral part of the territory of the Palestinian State that was recognized on Nov. 20, 2012 as an Observer State in the UN General Assembly.

The White House is anxious about Obama speaking at the Knesset during his visit to Israel, because they are “worried about Mr. Obama being heckled” by those opposing his polices. In comparison, when Netanyahu visited the US Congress, they provided him with 29 standing ovations! A large majority of the congress goes overboard declaring their enthusiastic loyalty and support of Israel, while the Knesset is avoided because of possible raucous debate.

Obama’s visit to Bethlehem, accompanied by President Abbas, is definitely symbolic and would probably be greatly appreciated, in particular at this time when the new Pope Francis has been elected and widely approved among Christians all over the world.

It is crucial at this moment that discussions between Obama and the Palestinian Authority include representatives from Gaza and the refugees to signal the unity of the Palestinian territory and also the right of return for Palestinian refugees. Furthermore, it is crucial to communicate to Obama that the major stumbling block which has led to the utter failure of the Oslo Agreement is that Israel has never recognized that it is in the Israeli-occupied territories as an occupier. An occupier cannot alter the demographic or character of an occupied territory. Until this legal problem is clearly identified, freezing settlements will remain futile. Having a representative from Gaza will be a sign of Palestinian territorial unity, and not a hostile entity, as Israel treats it.