Obama Visit to Israel an Opportunity

US President Barack Obama's upcoming visit to Israel is an opportunity for a new start in US policy in the region, writes Clovis Maksoud. 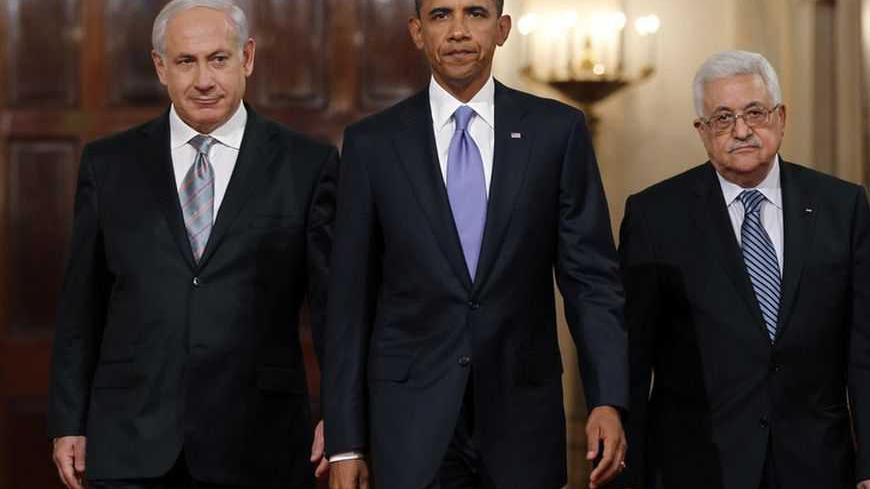 The announcement that President Barack Obama will arrive in Israel on March 20 comes after his impressive victory in the 2012 election and Israeli Prime Minister Benjamin Netanyahu’s relative weakening after the January Israeli elections. This is an opportunity for Obama to redefine the terms of reference for the Palestinian question. To do this, it is important that the United States reaffirm that the West Bank and East Jerusalem, occupied in the June 1967 War, is indeed occupied territory and rebuff the ongoing Israeli position that they are not an occupying power there. It is crucial that Obama clarify this legal issue prior to requesting some form of a return to “negotiations” with the Palestinian Authority (PA).

Furthermore, asking Israel to “freeze” settlements — the unfortunate error that Obama made during his first administration — rendered the issue of occupation ambivalent. According to international law, all settlements in an occupied territory are illegal and thus should be dismantled — not frozen. If this issue is clarified, it definitely will include East Jerusalem, where the Netanyahu government continues to allow creeping annexation, a fait accompli. If this is allowed to continue, it would deny the future Palestinian state its rightful capital in East Jerusalem. It is hoped that the president on this visit does not simply ask for a return to “the negotiating table” with the PA, because negotiations under the present conditions cannot be a fishing trip during which the Palestinians are supposed to discover whether they have a right to East Jerusalem as their capital and to the dismantling of settlements in the West Bank. Otherwise, and in light of the developments throughout the Arab world, equivocation on Israel being dealt with as an occupying power would trigger further delays in resolving this crisis in a manner that responds not only to the rights but also to the aspirations of the Palestinians.

It is imperative that when President Obama meets with PA officials the Palestinians have a unified, coordinated plan that insists on the non-negotiable inclusion of Gaza as an integral part of Palestine. As such, they should include representatives from the governing authority in Gaza and Jerusalem, as well as Palestinian refugees, and have prior consultations with leading Palestinians in various countries in order to reflect a credible and legitimate consensus of the Palestinian people to Obama. This is the Palestinians' opportunity to convey a unified narrative, which I think will enhance the conviction that Palestinians are serious about defending their rights and are united in their objectives. It is hoped that this will set in motion consequential negotiations that will respond to the long-awaited fulfillment of their national rights in their own homeland.

Clovis Maksoud is a former ambassador and permanent observer of the League of Arab States at the United Nations and its chief representative in the United States for more than 10 years. Maksoud served as the League of Arab States' ambassador to India and Southeast Asia from 1961 to 1966 as well as the league's special envoy to the United States in 1974. As a journalist, Maksoud was senior editor of the daily Al-Ahram in Cairo and editor-in-chief of Al-Nahar, an Arabic-language weekly published in Beirut. He is the author of several books on the Middle East and developing countries.