Obama Should Make Clear US Position on Golan

The announcement that Genie Energy, a US company, has been granted a license for oil exploration in the Golan requires the US to make clear its position that the Golan Heights are Syrian territory under Israeli occupation, writes Clovis Maksoud. 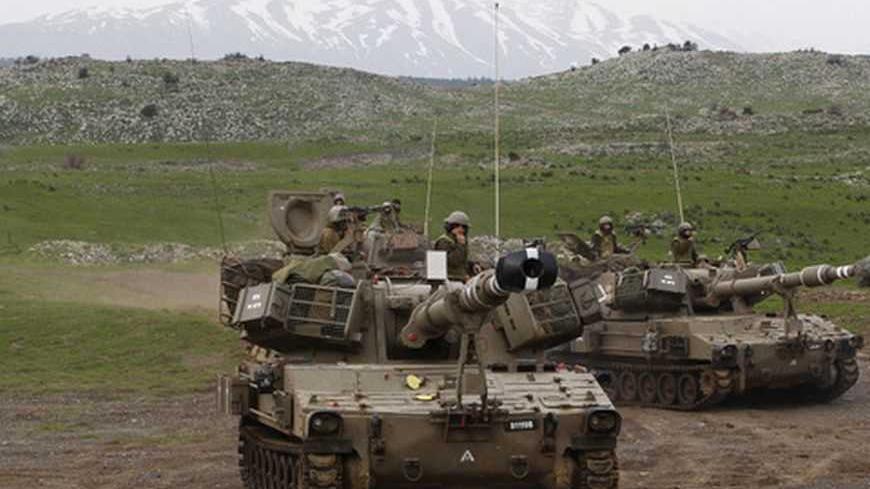 Mount Hermon is seen in the background as Israeli soldiers travel on mobile artillery units after an exercise in the Golan Heights, near Israel's border with Syria, Feb. 14, 2013. - REUTERS/Baz Ratner

This attempt, as in the Palestinian territories, to create in the West Bank and Jerusalem further settlements and now licensing foreign companies to explore for oil in Syrian territory is a testament to the fact (in a most provocative way) that Israel does not and has not ever considered itself except as a conqueror with the prerogative to deny the rights of the conquered territories and its people. This is obviously a crude and cruel exploitation by Israel of the tragic internal crisis that Syria is experiencing at this moment.

Now that President Obama is visiting Israel, and with the intensive settlements taking place in East Jerusalem and the West Bank, we hope that he will avoid requesting a settlement freeze (instead a dismantling of settlements) and remind Israel of the original US position on the Golan Heights. The United States during the debate on the annexation of the Golan Heights in 1991 stated that the Golan Heights was Syrian territory held under Israeli occupation and therefore subject to negotiation and Israeli withdrawal.

It is becoming clearer that the Israeli government, especially during Netanyahu’s tenure, is seeking to achieve a fait accompli not only in the occupied Palestinian territories as we are witnessing, but in the Golan Heights as well. In this way, the world would be faced with a situation where change becomes difficult if not impossible. This progression will inevitably heighten tensions and bring about more serious consequences for the stability and the justice for Palestinians and undermine the reality that the Golan Heights is an integral part of Syria.

Clovis Maksoud is a former ambassador and permanent observer of the League of Arab States at the United Nations and its chief representative in the United States for more than 10 years. As a journalist, Maksoud was senior editor of the daily Al-Ahram in Cairo and editor-in-chief of Al-Nahar, an Arabic-language weekly published in Beirut. He is the author of several books on the Middle East and developing countries, including The Meaning of Nonalignment.