Despite Palestine being recognied as a non-member occupied state by the United Nations General Assembly, concerns are growing about the lack of a unified government, writes Clovis Maksoud. 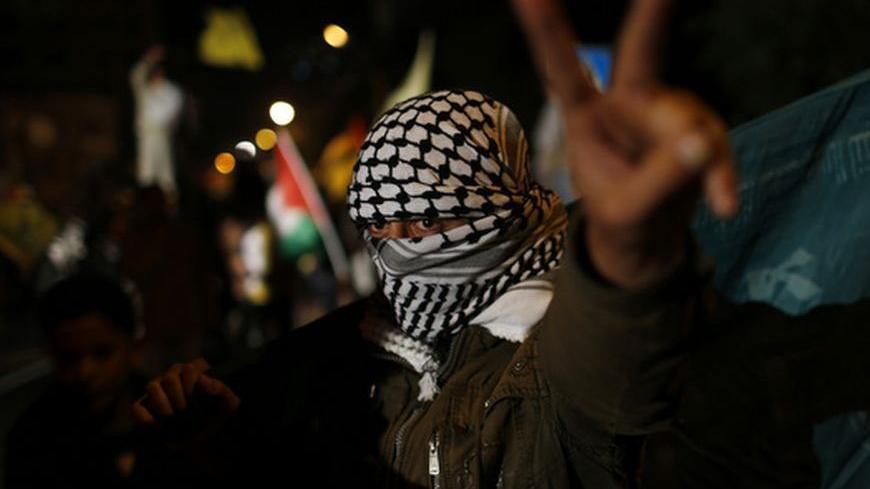 A masked Palestinian gestures as he celebrates on a street in Gaza City November 30, 2012. - REUTERS/Mohammed Salem

After the success of President Abbas in winning a UN resolution recognizing Palestine as a non-member occupied state by an impressive majority of the members of the United Nations General Assembly, there is growing concern that this recognition came without a unified government of Palestine.

There is, however, a governing authority in both Ramallah and in Gaza, which enabled Israel to resume building settlements in East Jerusalem and in other places. A further concern is that Israel does not and has not, since June 1967, recognized that it is an occupying power without defining the legal status of its presence. Secondly, Israel considers Gaza a unique case, specifically a belligerent enemy entity. Unless these legal issues are properly defined to the satisfaction of the UN resolution, they remain seriously problematic. To resume negotiations under these conditions will be as damaging as the Oslo Agreements have been.

In essence, Israel is not an occupying power in Palestine, it is a conquering state. Unless these issues are addressed seriously and the right of return is firmly established and advocated for, the danger is that the central concern of the Arab people in general will be marginalized. This cannot be allowed.

Clovis Maksoud is a former ambassador and permanent observer of the League of Arab States at the United Nations and its chief representative in the United States for more than 10 years. As a journalist, Maksoud was senior editor of the daily Al-Ahram in Cairo and editor-in-chief of Al-Nahar, an Arabic-language weekly published in Beirut. He is the author of several books on the Middle East and developing countries, including The Meaning of Nonalignment, The Crisis of the Arab Left, Reflections on Afro-Asianism and The Arab Image.