Strong Message of Support for Israel At AIPAC Conference

As the Israeli lobby meets in Washington, both US parties are trying to prove they're more pro-Israel than the other, writes Clovis Maksoud. 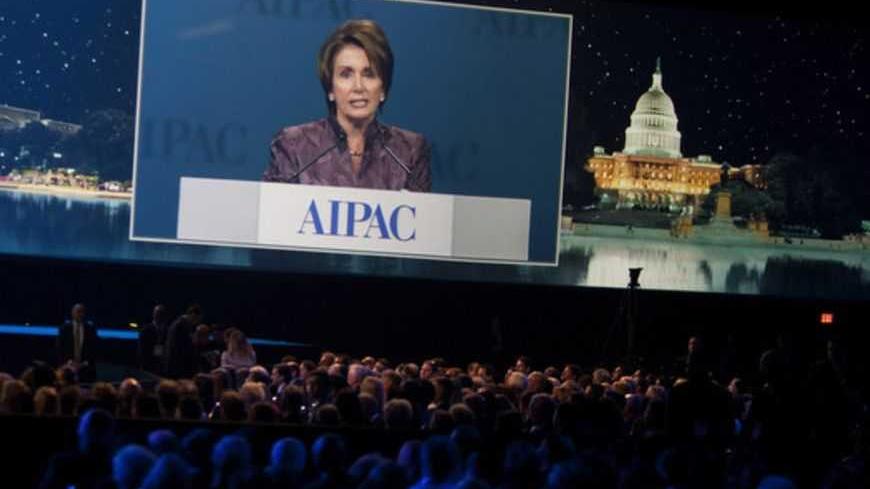 The US Congress is proposing a new resolution calling on the administration to “support Israel if it were to attack Iran in self defense.” This proposal comes in parallel with the annual conference in Washington of the American-Israeli Public Affairs Committee (AIPAC), the well-known Israeli lobby which regularly calls for tougher US action against Iran, and ahead of US President Barack Obama’s expected visit to Israel on March 20. The bipartisan move is sponsored by Lindsay Graham, a well-known right-wing Republican senator, and Democrat Roberto Menedez, the chairman of the Senate Foreign Relations Committee. The proposed resolution states, “If Israel were compelled to take military action in self defense, the US government should stand with Israel and supply military and diplomatic support.”

Graham insisted that the resolution does not “give a green light” for Israel to take military action against Iran’s nuclear facilities. However, he said, “Every senator that votes for this resolution is telling the world, Iranians, Israelis, that in the event this day comes, we are going to be with the state of Israel.”

In response, professor Paul Pillar of Georgetown University stated that “the worst thing that anyone [...] could do at this moment would be anything that stokes the Iranian suspicions about true US intentions.” Furthermore, Pillar continues, “The resolution also means happily surrendering to a foreign state the decision to start a war that would have serious repercussions for the United States.”

During AIPAC, Vice President Joe Biden sought to assure the Israeli lobby that President Obama is “not bluffing," and that US presidents "do not bluff.”

I wonder why the vice president had to give that assurance to this audience. Senator John McCain took a mean swipe at new Defense Secretary Chuck Hagel by saying, “We need members of the national-security team who are pro-Israel, not anti-Israel.” It was another shameful hit below the belt.

With AIPAC coming prior to Obama’s visit to Israel, both parties were trying to outdo each other as more pro-Israel — a sight that has been familiar for many years. That a majority of members of congress have to pander to the Israeli lobby in this fashion is an unfortunate testimony to the excess power of this lobby, to say the least. But this time, the speeches seek to signal Obama that these are the contours of policy that have to be pursued by his administration in his second term. This is a sad sight: the congressional majority pre-empting any objective, clear strategy toward the Palestinian-Israeli issue, at a time when Israeli Prime Minister Benjamin Netanyahu is ordering further expansion of settlements in the east Jerusalem area and the West Bank.

I still don’t believe that the US public is aware of this blindness toward Palestinian rights, and a well-studied diplomatic and information campaign is needed to break the hold of the Israeli lobby over the US Congress. This is a challenge that the Arab states and people have to confront … again.