Israel's prime minister has stepped up demands for US support while minimizing the visibility of the settlement issue in preparation for the US president's upcoming visit, writes Clovis Maksoud. 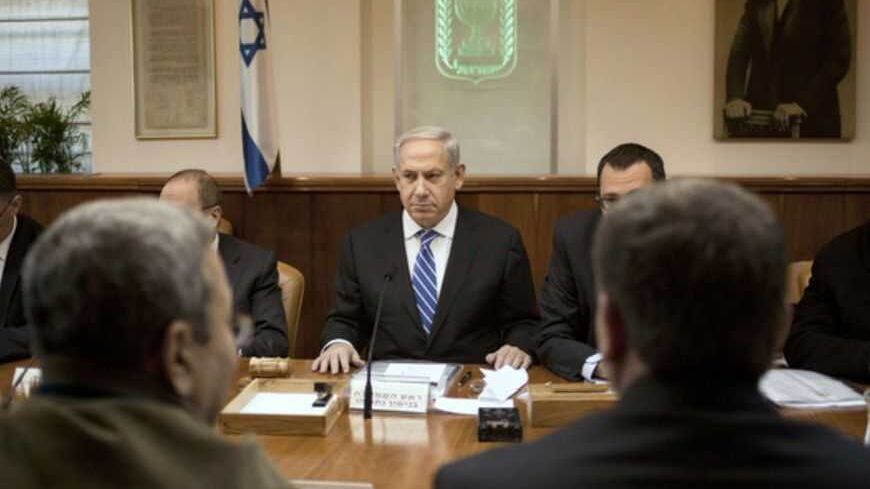 Israeli Prime Minister Benjamin Netanyahu has taken multiple steps to reduce the possible scrutiny that his policies might be under when US President Barack Obama comes to Israel, including remarks delivered at the American Israel Public Affairs Committee (AIPAC) meeting intended for congressional representatives and a temporary settlement suspension.

Prior to Obama’s visit to Israel, his administration continues to be ready to negotiate with Iran (although all options are still on the table, including the military one). Netanyahu, for his part, stated that words and sanctions “will not stop Iran” and that the US administration should do more to address Israel’s concerns. This follows Netanyahu’s antagonistic statement at the annual AIPAC conference that called for mounting a “credible military threat” against Iran. This signal to his congressional supporters was obviously intended to serve a short-term political goal leading up to Obama’s visit. Countering this call, an editorial in last Saturday’s New York Times urged congress to “give the talks more time to play out and not make diplomatic efforts even harder.”

On the domestic front, settlement construction has been temporarily suspended ahead of Obama’s visit as well, in an attempt to avoid the issue of settlements altogether. Netanyahu’s arrogance is leading him to underestimate the intelligence of his supporters and adversaries as well as a belief that he can preempt serious questions regarding his policies.