March 30 is a reminder that Palestinian citizens of Israel are still enduring oppression and are irrevocably tied to their land, writes Dalia Hatuqa. 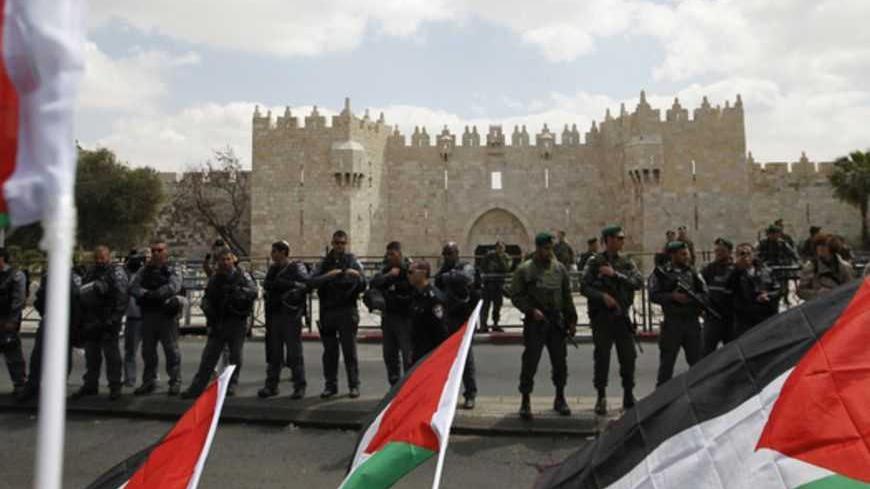 There are many historical days that Palestinians commemorate every year. For some, they are an opportunity to remember, while for the younger population, they are a chance to learn and never forget. Land Day is one of these monumental times, a day when, ever since March 30, 1976, Palestinians have been taking to the streets of the West Bank, Gaza, Israel and throughout the diaspora to protest the deaths of six of their brethren at the hands of Israeli security forces.

These victims, gunned down as they demonstrated against the Israeli decision to expropriate 14,000 of acres of land in Galilee to be used for settlements, were Palestinians living inside Israel proper. They were part of a 20% minority in a country that defines itself as democratic. They were essentially citizens of a subordinate status, continuously discriminated against by law.

Land Day became a time to remind and educate others that the occupation is not limited to the Palestinian territories, that it is manifesting itself in other forms deep inside Israel proper. The country’s laws have ensured a systemic prejudice against its Palestinian minority. Whether through funding for housing or schools or when applying for a job, Palestinians often face discrimination that is well documented by Israeli and international human and civil rights groups.

Just one month after the death of these six Palestinians in 1976, a confidential report — which later became known as the Koenig Memorandum — was leaked to the media. It outlined a series of steps to ensure “the long-term Jewish national interests” and the need to “examine the possibility of diluting existing Arab population concentrations.” This report, some would argue, was the first public document showing a system of discrimination aiming to sideline Palestinian citizens of Israel. Among the steps suggested in the memorandum was building Jewish settlements in Arab-majority areas and launching a smear campaign against Palestinian activists.

Has anything changed since then?

Today, there are more than a million Palestinians in Israel living predominantly in the Triangle, Galilee and the Negev desert in the south. Unemployment is higher than average in these towns and villages, which also usually receive less government funding than other cities in Israel.

Two years ago, then-foreign minister Avigdor Liberman suggested annexing some Arab villages to a future Palestinian state. And while some liberal Israelis had condemned his statements as racist, there was not much outcry even from centrist and leftist politicians. It would have been easy to dismiss Liberman’s statements as right-wing ramblings if it weren’t for the fact that even the darling of the center-left, Tzipi Livni, had once advocated the same thing. In a 2011 Al Jazeera exposé dubbed the Palestine Papers, Livni was said to have proposed, in a 2008 meeting with Palestinian negotiators Sa’eb Erekat and Ahmad Qurei, a similar annexation plan in the form of land swaps that would leave Palestinians of Israel choosing between their citizenship and right to vote, and their land.

Thirty-seven years later, the future of the Palestinian citizens of Israel remains bleak. There are currently more than 50 laws that discriminate against Palestinians in Israel, according to Adalah, the Legal Center for Arab Minority Rights in Israel. The Association for Civil Rights in Israel said, “In Arab towns and villages, the restrictive planning policies that limit residential building and prevent development continued, leaving many Arab citizens of Israel without viable housing options.” The group particularly highlights Israel’s policies that affect the Bedouins in the Negev, where some 70,000 live in 35 villages, all of which are unrecognized. This means that the government does not provide them with the most basic of services, such as running water or electricity.

Last week, when US President Barack Obama repeatedly referred to Israel as a “Jewish state,” many Palestinians in Israel were left wondering what that means for them and their future. Land Day marks a time when Palestinians inside Israel are pushing ahead toward emancipation. For Palestinians in the West Bank, Gaza Strip and the diaspora, it is a day to unite with their brethren and to remind the world of their irrevocable ties to their land.