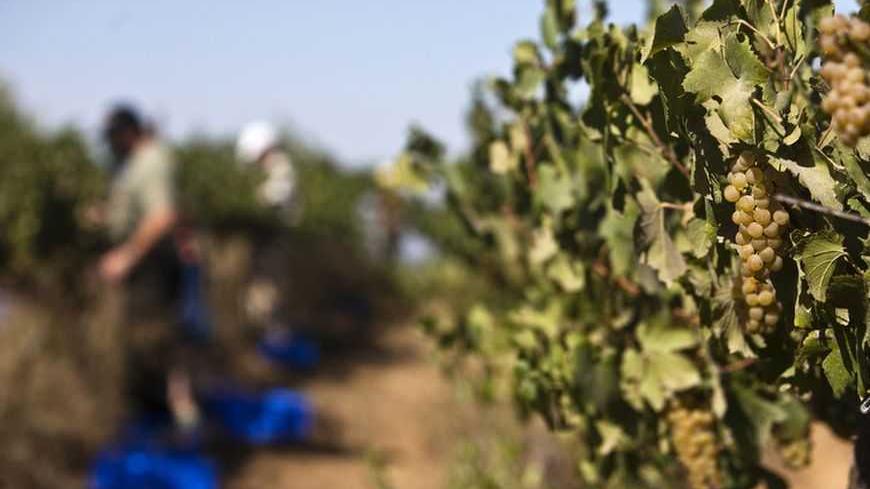 The Jordan Valley has the potential to be the Palestinian breadbasket, yet restrictions on Palestinians’ use of land, water, and on building in the valley are keeping them poor while helping nearby Israeli settlements thrive. This stark report by Oxfam says Palestinians could generate an extra $1.5 billion annually if these Israeli restrictions were removed. However, the reality remains that this arable area is benefiting few Palestinians and a majority Israeli settlers, who are given unhindered access to land and water resources.

Delving into the issue further one can find that the European Union (EU), a vocal critic of Israel’s blatant disregard of international law, is actually supporting the very same settlements it criticizes. According to Palestinian legal rights group, Al Haq, by trading in produce grown in settlements, the EU is “directly contributing to the growth and viability of settlements by providing an essential source of revenue that allows them to thrive. This is especially true of settlements in the Jordan Valley, at least 60 percent of which are dependent on agriculture.”

For years, the EU has been trying to address how to best approach the issue of settlement produce. Labeling has been a sticking point especially because many goods originating from settlements are often marked as “Made in Israel” or “Produce of the West Bank,” suggesting they are imported from either the Palestinian territories or from Israel proper. In some cases, as in the UK, supermarkets have been identifying goods as “Israeli settlement produce” to give buyers a clearer idea of their place of origin. However, the EU as a whole has repeatedly rejected a call to boycott settlement goods.

According to Al-Haq, labeling is not enough either way. “In itself, such a measure does not satisfy the level of action required. … States will only fully comply with their obligations under customary international law by enforcing a ban on the trade of produce coming from Israeli settlements.” But calls for sanctions have received little more than a lukewarm reception from EU states.

In its position paper, “Feasting on the Occupation: Illegality of Settlement Produce and the Responsibility of EU Member States under International Law,” Al Haq charges that the EU is ignoring the illegality of settlements by trading with their produce, thereby contributing to the consolidation of Israel’s colonial enterprise.

The report calls on the EU to ban these products from its markets to sever a “vital source of revenue which allows settlements to thrive.” The value of goods made in settlements and exported to EU countries annually is approximately $300 million. While this may be a small amount relative to Israel’s total exports, it is still a large number that adversely affects the Palestinian agricultural sector, a main sector of the economy. The EU has some room for leverage given it is Israel’s largest trade partner, and it receives some 20% of total Israeli exports. In 2011 alone, total trade between the two reached some $39 billion.

The Jordan Valley — the stretch of arable land 120 km long and 15 km wide [about 75 miles by 9 miles] — is dotted with illegal settlements thriving on agribusiness and using most of the available water sources to flourish. Palestinians in the area only have access to 6% of the arable land in comparison with the 86% available to Israeli settlers. The land remaining is designated for Israeli military use or infrastructure and therefore is off limits.

According to Al Haq, half of the grapes and 40 percent of dates exported by Israel are planted and harvested inside illegal settlements in the Jordan Valley. Exports of dates from Israel to European and North American markets grew by 16 percent in 2011, which lends proof to the assessment that trade involving goods from settlements further entrenches these colonies and sustains them.

Shawan Jabarin, the director of Al-Haq, said, “As the single largest trading partner of Israel, the EU is in a very strong position to effect positive change on the current situation of Occupation. And yet, while the EU has been quite outspoken in condemning settlements and their expansion, they continue to import produce from these same settlements and in doing so, help to sustain their very existence.”

To cope with such hardships, Palestinians are often forced to resort to tankered water bought at a high price, or to digging wells without permits, which are often demolished by Israeli authorities. According to Human Rights Watch, in 2011 Israel destroyed 89 latrines, water cisterns, and wells belonging to Palestinians. More than 25 percent of the structures demolished were internationally funded, with European countries prominent among donors.

As a rejoinder, these European states may do their taxpaying citizens a favor by reaching an agreement to ban or at least limit the amount of settlement-made produce that makes its way into their markets. By doing so, they are not only setting an important precedent, but they are also effectively supporting the very same Palestinian farmers, whose cisterns or greenhouses they have funded, while upholding the lofty standards of the international law they are repeatedly claiming to adhere to.

Dalia Hatuqa is a contributing writer for Al-Monitor's Palestine Pulse. A print and broadcast journalist specializing in the Middle East, she is based in the West Bank city of Ramallah and writes for several publications about politics, the economy, culture, art and design. She regularly contributes to Al Jazeera's English website, The National (UAE) and Brownbook and Masquerade magazines. Her Twitter: @DaliaHatuqa