A new book will recount the experiences of Palestinian women in Israeli prisons, highlighting the abuse that they faced and the challenges they have faced since being released, writes Naela Khalil. 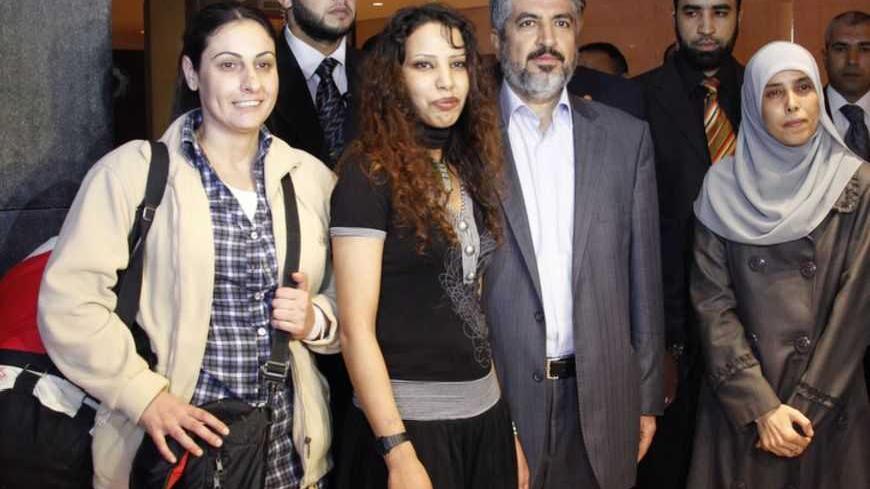 When former prisoner Aisha Awdat talks about the experiences of Palestinian women inside Israeli prisons, she delves into the details of pain and endurance. The month of March, which saw the worst of her suffering and sexual assault at the hands of her investigator, remains deeply entrenched in her soul and memories.

Awdat cannot forget the night of March 10, 1969, when she was raped with a stick by her Israeli investigator, who violated everything that is human and revealed the ugliest face of the Israeli occupation. She has documented that night and her experiences in prison in her book, titled “Dreams of Freedom,” which was published in 2004. Awdat is now the head of the association “Women Imprisoned for Freedom,” dubbed “Masira” and is keen on documenting the experiences of female prisoners.

It is true that Awdat’s experiences are like no others among Palestinian prisoners. Awdat was the first to talk about sexual assault among Palestinian women. Her book came as a surprise to many people in the conservative Palestinian community. She was released in 1979 on the condition that she would be exiled from Palestine, and returned to her homeland in 1994 with the establishment of the Palestinian Authority.

She still believes that the experience of female Palestinian prisoners has not received enough attention and there are many stories that should be documented.

Masira founders decided not to accept any financial support from abroad, as this directly conflicts with their beliefs. They were keen to rely on themselves and volunteering services to achieve the goals of the association.

Documenting the experiences of the liberated female prisoners is one of the main goals of Masira, which seeks to document the stories of more than 10,000 Palestinian women inside Israeli prisons since 1967. Jalwa Bader, head of  gender equality in the Ministry of Prisoners’ Affairs, said “the actual number of female prisoners released since 1967 amounts to 15,000 women.”

In coordination with the Women’s Affairs Technical Committee (WATC), Masira has documented the experience of 20 former female prisoners. Moreover, a book that includes the stories of 25 released prisoners is expected to be published next year.

Awdat does not hesitate to express her wish that these stories would someday be turned into movies, reflecting the role of the struggling women and their right to be on par with men. This would be part of the education of future generations to teach them the true meaning of steadfastness and struggle.

“The experience of liberated women must become a part of the positive collective awareness in Palestinian society and a reference for future generations,” Awadat said.

Masira, which is taking slow but steady steps, includes 170 women who are former prisoners, and the number continues to grow. It is no surprise that there isn’t any sort of communication between the freed prisoners, nor exchange of experience between the old generations of prisoners and the new ones.

Awdat believes that “Masira is able to focus on the unified role of women in order to bring different perspectives together and find a common language. Women are able to do so regardless of their political affiliations.”

One of the most important features of Masira is that, unlike the majority of NGOs dealing with the issue of prisoners that are affiliated with certain political group, Masira includes members from across the Palestinian political spectrum.

Although the Ministry of Prisoners’ Affairs grants liberated female prisoners the same financial allocations and rehabilitation programs as men, women suffer more than men whether during captivity or after liberation, according to former prisoners.

Several female prisoners agree that the Palestinian community is usually biased against them, while captive men are received as heroes when they return home.

Fatima Daana, legal adviser of the Gender Issues department in the Ministry of Justice, said: “Many factions of the Palestinian community incite hatred against women who chose to be involved in activism as men, based on the concept of family and honor.”

She added that “many women were divorced while in prison, while the husbands of others married other women when they were away. Many former female prisoners face great hardship when they return home.”

Awdat commented, “Indeed, many freed women suffer psychological and social hardships. The association helps them to restore self-confidence and to continue their active role in community service.”

She believes that “what is seen as a culture of incitement against captive women is considered the norm in the world. We are not different from the rest of the world. When I used to work in the association, I used to strongly disagree to assigning married women any activist missions that could lead to prison. I consider children to be a priority and women cannot turn their back to them. We know that mothers suffer in captivity more than single women and even married men.”

Masira has organized sessions with psychologists to meet with former women prisoners. Experts found out that imprisoned mothers along with their children have suffered a great deal of pain.

“We saw the suffering of mothers, and how they were punished by their children, who neglected them and refused to call them ‘mom.’ Children are always the victim in this case, so my personal opinion is that women should be activists,” Awdat added.

Moreover, Masira is keen to organize social and cultural events in an attempt to reintegrate former women prisoners into society.

Perhaps the growing number of prisoners is weighing heavily on the Ministry of Prisoners’ Affairs, as many are accusing it of neglecting prisoners who are newly freed from prisons.

“I have spent three years in Israeli prisons. When I was freed, I started looking for work but to no avail. The ministry said it cannot provide any work. Today, I am a single mother of a nine-year old child. What should I do? How can I pay for his school tuition?” Tahani Saleh said.

Saleh, who lives in the city of Jenin, hopes to “find a solution with Masira,” stressing that “everybody turns a deaf ear to the demands of former women prisoners and finding work is almost impossible, especially for those who do not have a college degree.”

As part of its objective to financially support former women prisoners, Masira concluded agreements with lending institutions and banks in order to take out a loan with low interest so they can start a small venture to support their families.

“We have been coordinating with national economic institutions and exploring all possible options with former prisoners so they can start projects according to their own budgets. We want to be productive so we can grow stronger,” Awdat said.