As the 2-year-old civil war in Syria drags on and refugees continue to stream from Syria into Jordan, Adnan Abu Amer asks whether Jordan will consider resettling Syria’s Palestinian refugees. 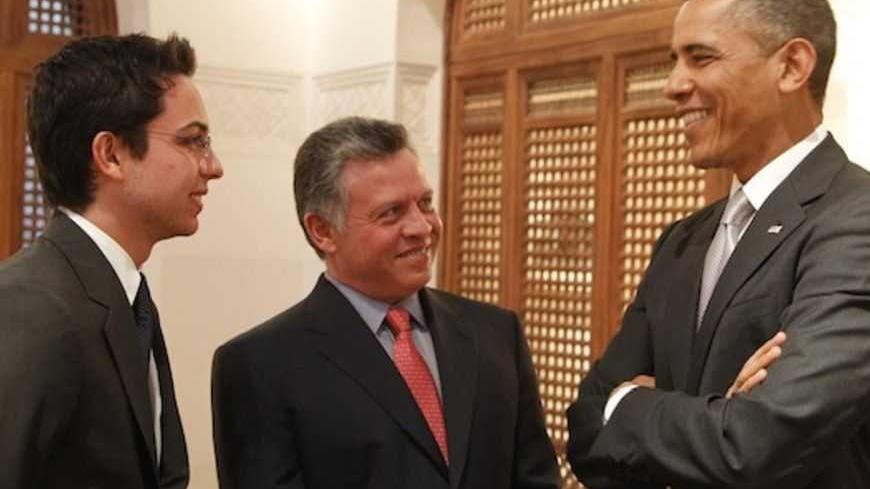 Without warning, Israel has announced that it wants to change the legal status of Palestinian refugees at the United Nations, and that it will demand that the right to return be denied to persons forced to leave Palestine in 1948.

The Israeli announcement was made by Ron Prosor, Israel's UN ambassador, who claimed that the main obstacle to the peace process is the right of return for Palestinian refugees. He said that granting refugee status to their children is misleading, because their legal status has changed throughout history as they became citizens of other countries and lost their original status.

Meanwhile, a small conference was held in Manhattan with the participation of Israeli personalities and experts. The conference addressed the issue of refugees, and deemed it the main issue hindering an Israeli-Palestinian peace accord.

The Israeli announcement coincided with other developments in the region that directly and indirectly affected Palestinians, particularly in light of Syria's revolution and Israel's desire to exploit these events to achieve its historical aspirations and eliminate the dream of Palestinian refugees returning to Palestine.

This is not the first time that Israel has declared its desire to turn the page on Palestinian refugees, by opposing over 52 UN Security Council and 110 UN General Assembly decisions on the grounds that the clock does not turn back, and that the return of refugees to their homelands is impossible.

The Israeli Foreign Ministry recently launched a propaganda campaign that aims to circumvent the right of return of Palestinian refugees. The campaign, dubbed "I Am a Jewish Refugee," equates the Palestinian refugees and the Jews of Arab countries who immigrated to Palestine with the encouragement of the Jewish Agency and successive governments. It called on them to circulate documentary certificates on the internet showing how they were robbed of their property and possessions, and then expelled after the establishment of Israel, just for being Jews.

The outcome of revolutions

Israel believes that the Arab revolutions over the past two years have deprived it of a large regional sphere on which it has relied for decades — whether through its strategic alliance with the former Egyptian regime, maintaining calm in the Golan Heights through the policies of the currently embattled Syrian regime, or its fear of the spread of revolutions to its historical ally in Jordan, and the possible transformation of its neighboring countries into “strap countries."

But amidst these risks, Israel sees a window of opportunity, especially with regard to the issue of Palestinian refugees, which continues to haunt decision-making circles. Israel's calculation is based on two factors. First, this issue concerns not only the Palestinians, and the Palestinian Authority (PA) cannot make a decision on it alone. The issue is subject to multilateral negotiations by several parties, and each country has its own considerations and interests. Second, the current Palestinian leadership will not be able to make a historic decision without building internal Palestinian consensus, which the Fatah-Hamas division currently precludes.

While peace negotiations between the two sides are indefinitely suspended, the Israelis believe that the popular movements taking place in the region, particularly in Syria, may present a historic opportunity on the issue of Palestinian refugees. This is especially true given the calls in Israel and the PA to accommodate 100,000 refugees in the West Bank for humanitarian reasons.

Palestinian refugees in Syria number about 500,000. They are concentrated in 10 camps, and many of them have moved to Jordan and Lebanon due to the ongoing fighting between the regime and opposition. Since the majority of them supported the revolution, they have become a target of the regime. As of the writing of this report, the total number of dead Palestinian refugees in Syria had reached 1,130. Israel sees this as an opportunity to export its historical responsibility for this tragedy — because they have moved to the two aforementioned Arab countries, they should be treated humanely, just like the hundreds of thousands of Syrian refugees.

Israel believes that this annuls these refugees' status as “political refugees” under international law, and that they should be only dealt with based on humanitarian and subsistence grounds, through international and non-governmental organizations. There is a move to resettle them in the countries in which they have sought refuge — Jordan and Lebanon — even though the Palestinian popular and official position won't change as the refugees move: as long as they do not return to Palestine, all places of refuge are the same!

Israel has aspired for decades to resettle all Palestinian refugees in the countries in which they reside, on the grounds that the passage of time has eliminated their refugee status. The recent developments in the Syrian arena came as a gift on a golden platter to the decision makers in Tel Aviv.

According to recent assessments and leaks, Jordan is the most likely place to resettle Palestinian refugees coming from Syria, since about 2 million of them already live there, comprising nearly half of the Jordanian population, and they enjoy relatively good social and living conditions.

The Israeli Foreign Ministry confirmed in late February that there is a Franco-British directive to forgive Jordan’s $22 billion in debt in exchange for the resettlement of Palestinians in Syria. In his latest visit to the United Kingdom, US President Barack Obama provided aid worth $200 million, which was understood in Amman as an inducement by the international community to assume the burdens and consequences of the resettlement of Palestinian refugees in Jordan.

Despite Jordan officially refusing these offers, political experience tells us that its position might be to “raise the value" of the offer and bargaining process. Jordan is the closest country to Syria, currently the calmest, and the closest ally to Israel and the international community. In other words, it's the most suitable country for such an international deal, if we assume that the bloody conflict will continue in Syria, and if we take into account the possibility of it turning into a devastating civil war, which would spare no one, including the Palestinians.

Those who have observed the political state of alert and media anger witnessed in the Jordanian capital during and after Obama’s visit must realize that offers were presented to the king to accommodate Palestinian refugees from Syria, which he rejected "in principle" — even as he seeks to cancel Jordan’s debts and get Western financial aid.

This would imply ending the existence of the state of Jordan, given the "alternative homeland" slogan raised by the Israelis for decades, especially with the diminishing chances of achieving the two-state solution: an Israeli state and a Palestinian state.

Jordan’s firmness in facilitating the arrival of Palestinian refugees from Syria into its territory proves that Jordan has unconfirmed information about the international wish to resettle the refugees in Jordan. This would mean that Palestinians would outnumber Jordanians in the kingdom, which is a terrifying nightmare for any Jordanian.

Some ask why there has not been talk about Lebanon becoming the place to resettle Palestinian refugees. Lebanon already suffers from the presence of around 300,000 refugees, who live in extremely dire conditions. The latter may unintentionally play a role in the sectarian game, by increasing the number of Sunnis over Shiites. There is an international, regional and Arab inclination to keep the refugees in Lebanon and not distribute them in other countries, considering that their return to Palestine is almost impossible now.