Obama in Israel: Worth The Wait

President Barack Obama knew what buttons to push during his visit to Israel, though his real task is not to preach to the converted, as he did in his “Jerusalem speech,” but to convince the skeptics, writes Ben Caspit. 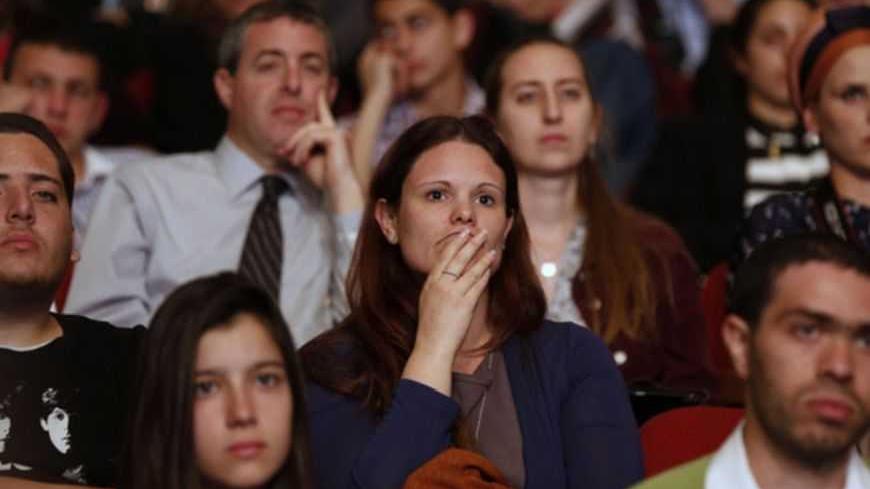 Better late than never. President Barack Obama did his shtick in Jerusalem, and it worked.

As was to be expected, the American president’s magic touch electrified Israelis, too. For four long, tortuous years, they had been waiting for him, watching helplessly as he gave most of his attention to the Arab world around them. They saw him giving them, but chiefly their prime minister, a cold shoulder, relegating them to the bottom of his priorities. But it was all well worth the wait. Although reading from a teleprompter, getting his material from painstaking research by the embassy staff and intelligence agencies, and relying on the great means that are available to the president of a superpower, when all is said and done, it’s him — Obama.

This man seems to be pushing some secret button to create a buzz and admiration among his listeners, no matter where on the globe he delivers a speech. Last Thursday [March 21], he gave a talk in Jerusalem but conquered Tel Aviv. Those were not Jerusalemites at the Israel Convention Center; they were Tel Avivians. Here, on the Al-Monitor website, we had called on Obama to visit Tel Aviv, where the genuine, original, liberal, and sane Israel can be found; the democratic Israel.

Obama opted for Jerusalem but brought Tel Aviv over. Only a handful of ultra-Orthodox, observant Zionists or right-wing ideologists could be seen in the audience. The American embassy handpicked a liberal, sane and Western audience for the president’s address. To use American terms, Barack Obama addressed a Democratic Party caucus in Boston. It looked like rooting home-team fans. It seemed like a welcome for a lost son returning home. Obama knew to push all the right buttons, although he did not spare the audience his criticism.

This was a late beginning of a wonderful friendship.

There’s a less optimistic way of looking at Obama’s address in Jerusalem, one that focuses on the half-empty glass. Obama was preaching mainly to the converted — the Israelis that are close to his heart, and who in the last elections rose up to pull a red flag on Israeli Prime Minister Benjamin Netanyahu. This was the Israel that no longer really believes in peace, yet yearns for it and is willing to make serious sacrifices to make it happen.

To put it in American terms, Obama won the Democratic Party’s presidential nomination. That’s relatively the easy part. The more daunting task — convincing the opponents and zealots — still lies ahead. He needs to sway people like HaBayit HaYehudi Chairman Naftali Bennett, who claims that there’s no occupation, because a people cannot be an occupier in its historic homeland.

These people don’t buy into Obama’s charm. In their opinion, this is hollow charm that doesn’t hold water in the Middle East. These are empty slogans that are dashed time and again in the face of the waves of Islamic zealousness crashing on the shores of this besieged country. This other half of Israel sees Benjamin Netanyahu as the bearer of good news. Bibi’s intrigue, evasion, time-wasting, reneging on promises, doublespeak and contradictory messages are all deemed important assets by those Israelis who don’t believe in a two-state solution west of the Jordan River.

Those people will not fall for Obama. When it comes to these folks, Obama will have to roll up his sleeves and get to work. He has to show them, chapter and verse, that they would have more to lose than gain by holding on to the ideal of the Greater Israel.

Let’s briefly analyze the Israeli electorate, starting with the segment that’s closest to Obama and which is like-minded. These are the optimistic Israelis who still believe in peace despite it all. Let’s call them the “Shimon Pereses.” After all, Obama did use the President Shimon Peres parlance, this language of undying optimism that sees not only risks but also opportunities. There was a time when those Israelis made up roughly half the electorate; the historic, big left-wing camp. The intransigence of the Arabs around us, compounded by the unnecessary adventurism of former Defense Minister Ehud Barak, decimated this camp, which currently accounts for about a quarter of Israelis. Having lost some 50% of its value in the past decade, this camp continues to decline.

Pitted against them is the nationalist, right-wing camp, including the settlers and some of the ultra-Orthodox. Until not long ago, you could call those people “Likudniks” or “Bibi-ists” [as in 'Bibi' — Prime Minister Benjamin Netanyahu]. Today this is not all that obvious. It might be more appropriate to call them “Bennettists,'' after Naftali Bennett. They, too, make up about a quarter of the population, but their number keeps growing. Demography, geography and history take their course.

Can they be persuaded? Yes, they can, but only a small portion of them. Incidentally, if we look at Israel’s political map, we can find quite a few remnants of that camp, such as former Prime Ministers Ariel Sharon and Ehud Olmert, and incumbent Justice Minister Tzipi Livni. This is a very partial list of the “warrior family” — namely the people who were born and raised on the values of the Herut and Likud movements and have now turned peaceniks. So the process itself is possible, albeit rare.

And what about the other half of the population, the silent Israeli majority? These should be called “Lapidists.” At the moment, they’re represented by Yesh Atid Chairman Yair Lapid, who is the Israeli politician that most resembles Barack Obama.

These are the undecided Israelis. Yes, they want peace. Yes, they are willing to give up a lot for peace, maybe even give up everything. But no, they don’t really believe it’s possible. They’re not really convinced they have a partner with whom to make peace. They look at the blazing Syria, Hamas in Gaza and Jihad. They look at Egypt, where the masses keep yelling “Death to Israel” in every square. They see the anti-Semitic brainwash in the Palestinian educational system and the keys that many Palestinians hold on to with the hope of returning to their villages that no longer exist in Israel.

So they are skeptical. They think that it’s a waste of time and that an agreement is not a viable option right now. It is those Israelis — the Lapidists — that Obama was addressing on Thursday. It is them that he has to move over to his and Shimon Peres’ camp. If he can do that, he can count his blessings. If he can do that, negotiations can be resumed earnestly, and all that will be left for him is to do the same thing, but with the other side, with the Palestinians.

Incidentally, he will find that part much, but really much harder.