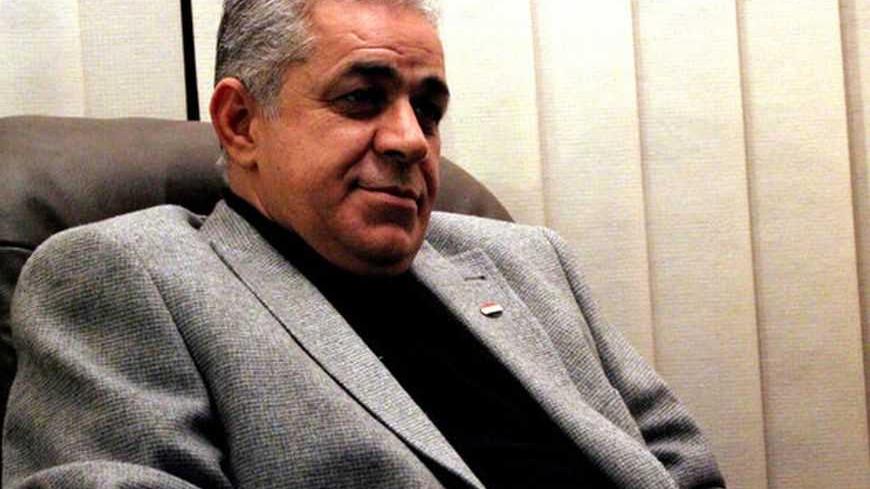 The grey-haired opposition figure who garnered 4.8 million votes — or 20.7% of the turnout — in the first phase of Egypt's presidential elections (held in June 2012) blamed Morsi for the bloodiest wave of events in the country since the deadly confrontations of the 18-day uprising in January 2011 that ended the three-decades-long dictatorship of the now-jailed Hosni Mubarak.

Talking to Al-Monitor in his Cairo headquarters, Sabahi listed a number of reasons why he holds Morsi responsible.

Sabahi explained: "He was elected to fulfill the demands of a revolution and proved incapable of doing so, was elected to be president of all Egyptians and proved to represent only one group, was elected to embody the unity of Egyptians in Tahrir Square and is now leading a policy that significantly divides the people, was elected to end a reign of oppression but more than one hundred people were killed under his regime and hundreds were injured. We are back to the time of torture in jails and police stations, imprisonment of political activists and violations against the basic rights of Egyptians."

Sabahi fiercely criticized Morsi amid ongoing chaos that kicked off on Jan. 26, 2013, in the city of Port Said after 21 defendants accused of killing more than 70 people in the city’s soccer stadium on the night of Feb. 1, 2012, were sentenced to death.

The violence crept to other cities of the Suez Canal, the Nile Delta and finally to the capital Cairo despite a presidential decree imposing a curfew and declaring a state of emergency in the Suez Canal governorates. Dozens were killed and hundreds have been injured since the second anniversary of the uprising.

“Morsi has absolutely no control,” says Sabahi. “The events in the Suez Canal cities highlighted the debilitation and weakness of the state. It is an inconvenient state that failed to reach the minds and hearts of the people.”

“Despite their history of bravery, popular resistance and displacement during Egypt’s long wars, Port Said and Suez found themselves facing the local tyrant after fighting the foreign invaders,” he said.

After more than a week of continuing clashes between the police and protesters in Port Said, the Interior Ministry’s security department evacuated its premises, pulling out its personnel and handing matters of security to the Second Field Army Command.

“The Egyptian military is a combat institution and will not replace the security forces of the Interior Ministry in Port Said,” said Gen. Ahmed Wasfi, commander of the Second Field Army, who spoke live from Port Said on Saturday night.

Wasfi’s remarks came as hundreds of citizens across Egypt officially registered letters of endorsement demanding Defense Minister Abdel Fattah El-Sisi to take charge of the country, a demand refused by Hamdeen Sabahi. El-Sisi, whose name continues to emblazon more letters of endorsement, did not comment.

“I fully recognize and understand the historic role of the military, but I refuse its return to rule Egypt," said Sabahi. "If the military believes that it is an institution owned by this nation and has to maintain its security and defend its people and borders, then they will play a significant role, but we should also stand firmly against the Muslim Brotherhood’s infiltration of the military as it tries to infiltrate and control the rest of the state’s institutions, and should stand in the way of getting them involved in politics again.”

“I disagree with those who demand the return of the military to power. Egyptians should [determine] their political life, and the military has to enable them in doing so while it fights any dangers and puts an end to the spread of violence,” he added.

Sabahi believes the military is being forced to interfere not because of popular demands but because of the “oppressive policies of Mohammed Morsi and his government that refuses to interact with the people and their peaceful protests.”

Meanwhile, dozens of police stations and central security divisions in more than 10 governorates continued to strike demanding the immediate sacking of “Morsi’s Interior Minister” and increasing the arming of security personnel in order to face what several statements described as “thugs and outlaws.”

“Restructuring the security institution is an ongoing demand since January 2011 and the popular anger is directed to the heads of the ministry and the regime, not the officers and soldiers that are regularly put forward to pay for the administration’s failure. Instead of listening and meeting the rightful demands of the people, the regime uses the police to oppress them,” said Sabahi.

He called on security personnel “not to demand more weapons, but to seek an end to the policies that puts them in confrontation with the people.”

“Fair trials and punishment of those responsible for the killing and injuring civilians come parallel to the reshuffling of the Ministry of Interior. And it should start at those in charge, not those who were forced into confrontations and forced to pull the trigger, not the smaller ranks who were ordered to become criminals.”

Morsi and his administration, according to Sabahi, “are unqualified and cannot be trusted to lead the reconstruction of the security authorities.”

A statement by the American Embassy to Cairo announcing “the signing of a $190 million budget support agreement that will assist in Egypt’s fiscal recovery and economic stabilization,” coincided with Sabahi’s remarks to Al-Monitor.

“We look at this 190 million dollars as a down payment on Egypt’s promising future,” U.S. Ambassador to Cairo, Anne W. Patterson, said at the signing ceremony.

Sabahi, who refused to meet with U.S. Secretary of State John Kerry during his short visit to Cairo on March 2, 2013, said he “never asked for grants but will never refuse grants from any country to Egypt’s ailing economy, as long as its grants that come without interference in the country’s national affairs.”

Secretary of State John Kerry got his share of Sabahi fiery criticism as well.

“He announced before landing in Cairo that he comes to tell us to participate in the parliamentary elections, he came with the intention to tell Egyptians what they should do and we simply wanted to tell him that we are fed-up with the United States telling us what to do. we are telling Kerry that we will not accept orders or anything that looks like orders from anyone,” said Sabahi.

Four days after Kerry’s call on Egypt’s opposition to participate in the parliamentary elections, Egypt’s Administrative Court announced freezing Morsi’s decree setting April 22, 2013, as the start date of the first phase of elections.

“The Administrative Court's decision to cancel the elections was a slap on the regime's face, a regime that does not respect the constitution it wrote and passed without national consensus, a regime that doesn’t seek a real political life. The verdict proved to the world that we took the right decision after thoroughly studying Egypt's political situation,” said Sabahi.

“As for the United States, they take partial blame for what Egypt lives now. They take responsibility for their interference in Egyptian affairs over the past decades, throughout Mubarak’s rule and now through Morsi’s.”

He called on Morsi to listen and understand what Egyptians are calling for despite stressing that “Morsi’s ethical and political legitimacies as president are over, and his legal legitimacy is shaking.”

Morsi, according to Sabahi, is responsible for the deepening crisis the country continues to suffer, “a responsibility that qualifies him to stand a trial similar to that of Hosni Mubarak.”

“No president is above the law, and everyone in charge should be prosecuted for every martyr that fell while they were in office. But Morsi has a chance Mubarak never had, a chance to fix what he ruined,” said Sabahi, but refused to set a date for when that chance might expire.