Although Lebanese President Michel Suleiman has succeeded in ending a weeklong wave of public sector strikes that paralyzed much of Lebanon, the country’s economy still faces many challenges, writes Elie Hajj. 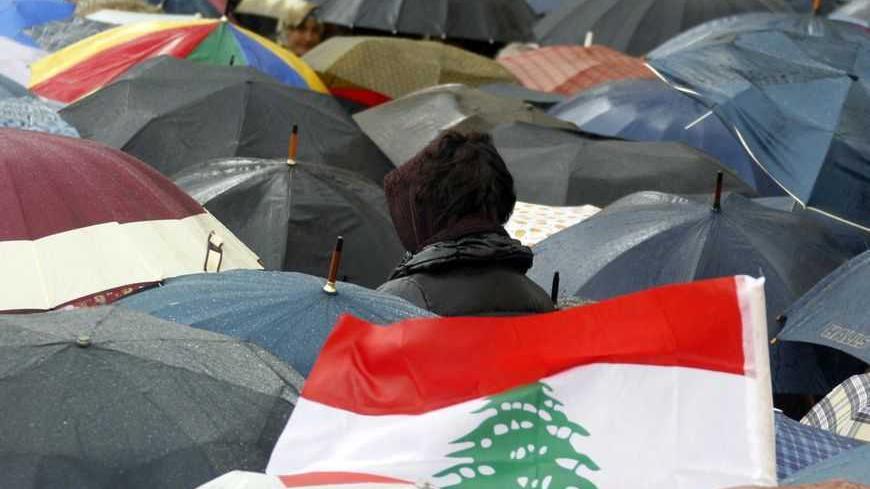 Teachers protest in front of the Grand Serail, the government headquarters in Beirut, Feb. 19, 2013. - REUTERS/Sharif Karim

Lebanese President Michel Suleiman succeeding in bringing an end to the weeklong wave of strikes that had paralyzed government bodies, public schools, and a large number of private schools by promising the Union Coordination Committee that he would meet the demands of the civil servants and teachers. This came after the union strikers conducted roaming sit-ins and demonstrations demanding the implementation of a previously sanctioned government resolution that would guarantee a wage hike for civil servants and teachers.

On Saturday night [March 2] the Union Coordination Committee decided to respond to the president’s pledge by announcing Sunday that it would stop the strikes but continue to hold demonstrations, sit-ins and general assemblies for three weeks.

At a session on March 21, Lebanese Prime Minister Najib Mikati’s cabinet will search for ways to find the funding to pay for these wage hikes. On Saturday Mikati held a meeting with the Union Coordination Committee in hopes of suspending the strike, saying, “Perhaps you are in the right, but we are not able to meet your demands … We must understand the effects these wage hikes will have on other sectors, beginning with financial considerations and inflation, and on through the impact it will have on the private sector. These wage increases are not independent of the rest of the economy. We must take into account and understand the big picture.”

A few days ago Mikati told Al-Monitor, “Currently there is no way to secure the funding needed to implement the wage hike resolution that the government passed a year and a half ago.” He pointed out that the growth rate in Lebanon since that date had decreased from 5% to 1.5%.

The government has repeatedly announced that it is in need of more time to study and determine the inherent costs, something that has frustrated the civil servants and teachers who have seen their wage increases approved, then revoked.

Trade Minister Nicolas Nahas said that 60% of the wage hikes had been paid to civil servants through increased coverage of the cost of living, emphasizing that the government is currently unable to bear any additional financial burdens. Moreover, the political situation in Lebanon does not bode well in light of the political and security upheaval in the Arab world, Syria in particular.

There were high hopes riding on generating $2 billion for the treasury by allowing residential building owners to add additional floors and increase investment. However it became apparent that these measures would generate $240 million at most in light of restrictions put in place by Urban Planning resolutions and opposition from local municipalities who were against increasing the height of residential buildings.

Some had also hoped that wasteful practices could be eradicated at the Port of Beirut and at other public facilities by preventing smuggling and exacting payment of fines from code violators along the Lebanese coast. However the red tape surrounding the Port of Beirut dashed these hopes, with government officials saying that removing waste from port operations will take years and that, contrary to popular belief, the collection of outstanding fines would not generate large amounts of money.

It was mentioned that $700,000 of the $15 billion in state revenues goes to wages, the public debt, and electricity.

Economists point out that Greece witnessed a 90% increase in wages over the past eight years, whereas in Lebanon the implementation of the resolution would see wages increase nearly 60% in one year, which they say would threaten the stability of the country’s economy.