Shlomi Eldar is surprised to discover an Israeli flag fluttering beside the Iranian flag at the well-known tourist site of Mount Tahtali, Turkey. 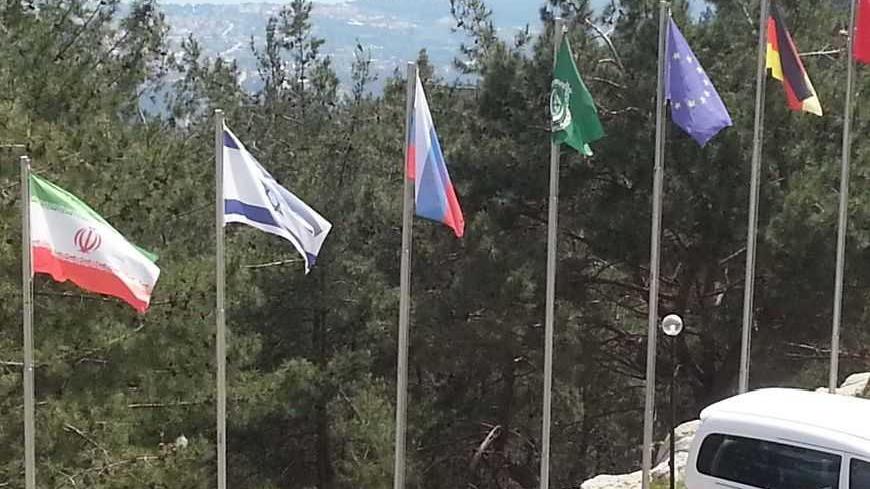 An Israeli flag flies next to the Iranian flag at the cable car station at Mount Tahtali, also known as Olympos, near Antalya, Turkey, March 23, 2013. - Shlomi Eldar

For years I’ve been writing, broadcasting and commenting on how people meeting can tear down the walls of hatred, suspicion, and ignorance dividing nations. And yet, I find myself surprised each time anew. I’ve already written about how so many of my friends thought I’d lost my mind when I took my family on vacation to Turkey, just two days before the apology and reconciliation between Ankara and Jerusalem.

But I have the best answer for them. They say that a picture is worth a thousand words. This is a picture that I took at the cable car station at Mount Tahtali (also known as Olympos) near Antalya, Turkey.

It happened just one day after the surprising announcement that Netanyahu and Erdogan had reconciled. The flags of several countries fluttered over the famous site, but what really surprised me was that one of those flags was Israel’s. Yes, an Israeli flag! I started rubbing my eyes. I couldn’t believe what I had just seen! How did they manage to put it up so quickly? Not even a day had passed since the phone call, and an Israeli flag was already flying proudly among all the other flags.

Let’s be honest about it. I know Turkey pretty well, and one thing I know for sure is that things don’t happen so quickly here. I also wondered how the Turks were able to erase what I, as an Israeli, believed was an indelible case of anger and hostility. And to do that in just one day! I started thinking of all the various incidents that took place over the past few years, which brought the relationship between these two former friends to their lowest point. I was even more surprised when I asked the woman selling tickets to the site when they had managed to put up the blue-and-white flag, and she told me that it was never taken down. It has been flying here for years, ever since the cableway was built.

And if that wasn’t enough, the Israeli flag flies right next to the Iranian flag (to its left in the photograph) and just two flags away from the Arab League flag. I find it very hard to believe that an Israeli tourist site would continue flying a Turkish flag during all those years of poor relations between the two countries.

When I posted the photo on Facebook, hundreds of people hit “Like” or shared it on their own pages. Others responded with annoying skepticism. One of my friends wrote condescendingly, “I’m sure they don’t know what flag that is.” Another one wrote, “They are sucking up to Israeli tourists for their money.”

By the way, the very fact that 31 million tourists visited Turkey in 2012 seems to be lost on many Israelis, who still feel that Israeli tourism plays such a significant role in the Turkish economy that Turkey should be thankful to them. Another Facebook friend wrote, “Some people have a very short memory. They’ve already forgotten that the last time they were in Muslim Turkey, they didn’t dare stick their nose out of the hotel so that they wouldn’t be lynched by an angry mob.To hell with them. I’m still boycotting Turkey.”

The fact that there was never a lynching or anything like that hasn’t really changed the fiendish image (“angry mob” and “lynch” being examples of that) of Turkey that has emerged over the past few years. The fact that an Israeli flag kept flying over the site without any problems or that most of the Turks continued being friendly didn’t bother anyone who fostered or believed in the intimidating stories about the “new Turkey.”

The cable car made its way up the mountain, all the way to the summit. Two tourists from Iran were sitting next to us. Suddenly, one of them offered us an Iranian snack, which was a lot like Israeli Bamba. “Where are you from?” he asked. He wanted to be sure that the language he heard us speaking was Hebrew.

“From Israel,” I answered, “and I know you’re from Iran.”

“Yes, we’re from Esfahan. It’s a pleasure to meet you. Have you ever been to Iran?”

“Esfahan is a beautiful city, you know. I wish you could come visit us.”

“And I wish that you could come see Tel Aviv. It’s a very impressive, cosmopolitan city,” I said proudly. “Are there any Jews in Esfahan?”

I told him that Shaul Mofaz, the former defense minister and chief of staff, was actually born in Esfahan. “I read somewhere that he still misses the city of his birth.”

“Really? Shaul Mofaz is from Esfahan?” They laughed. Then one of them added, “I want you to know that we have no problem with you. It’s all a game that [Iranian President Mahmoud] Ahmadinejad and [Israeli Prime Minister] Netanyahu are playing.”

“How are things back home?” I asked them. I was interested in how they were affected by the sanctions imposed on Iran.

“Things are tough. The situation is only getting worse. People are becoming poorer and poorer. They’re getting more and more upset.” After a long silence, he added, “Why do we even need an atom bomb?”

“That’s exactly it,” I answered. “Our problem in Israel isn’t just that Iran insists on building that kind of weapon, but that Ahmadinejad keeps saying that he’ll destroy Israel.”

We all responded with a bitter smile.

My new friend patted me on the shoulder and said, “Ahmadinejad says that our nuclear program isn’t meant to build a bomb, but we don’t believe him either. We really don’t want war. I’m telling you that on behalf of the Iranian people. We don’t want a war, and we don’t hate you.”

It was time to go, so we shook hands and exchanged warm goodbyes. We also promised each other that if there ever is peace one day, I would be their guest in Esfahan and they would be my guests in Tel Aviv.

But in the meanwhile, as I wrote in the beginning, there is nothing like people meeting each other to bring down the walls of hostility dividing nations, even if that meeting takes place in a cable car climbing up 2,400 meters.