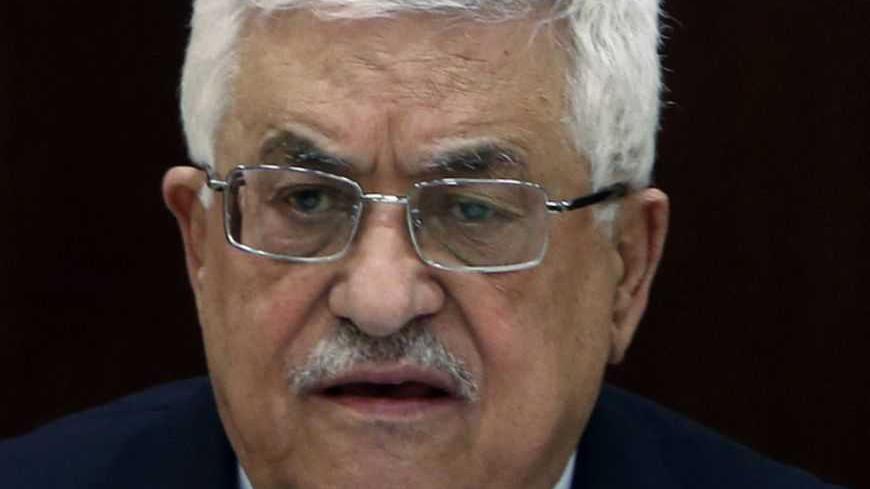 Knesset Member Israel Hasson shudders each time anew when he encounters [former Foreign Minister] Avigdor Liberman’s insulting attitude toward Palestinian Authority Chairman Abu Mazen. But what is even more grave, in Hasson’s opinion, is the silence of Prime Minister Benjamin Netanyahu — who says nothing while his Likud-Beiteinu partner Liberman turns Abu Mazen into his private punching bag. This, Hasson feels, is the main barrier preventing the renewal of negotiations with the Palestinians.

Foreign Minister Liberman passed up no opportunities in the last four years to irk Abu Mazen without anyone attempting to restrain him. Liberman belittled him, called for his dismissal, or just “looked forward to his retirement.” “Liberman can say what he wants, but the bigger problem is the prime minister’s silence that tacitly backed him up,” said Hasson this week in an interview with Al-Monitor. “Without even addressing the issue of ‘Arab honor’ and basic manners, Liberman’s statements and Bibi’s silence expressed arrogance and a feeling of euphoria . Since when does the state of Israel talk this way to a leader? The attitude toward Abu Mazen was humiliating, I thought. What did they expect of him — that after the Foreign Minister says, authoritatively and with [Netanyahu’s tacit] permission, that Abu Mazen is not relevant and should be dumped — that Abu Mazen will enter the negotiating room with a smile on his face?”

Hasson served for 22 years in the highest ranks of the Shin Bet, including two intifadas, until he retired to the business world. Later on, he entered political life with the help of the same person he now criticizes so severely: Avigdor Liberman. Hasson was placed at the top of the Yisrael Beiteinu list for the 17th Knesset, but after a few years he fell out with Liberman and left for Kadima. In the recent elections, he joined Kadima leader Shaul Mofaz for what at first seemed a suicidal mission, but against all odds he succeeded in entering the Knesset again, this time as a member of a tiny party with two mandates. Not so pleasant, but for someone who came to Israel from Syria at age 7 with his family, via a long and exhausting journey by foot that went through Turkey, Kadima’s disintegration is only a small bump on a very long road. In recent years, Hasson was involved in quiet contacts with the Palestinians (even as a Knesset Member in the opposition). He was also involved in the freeing of American Jew Ilan Grapel from an Egyptian prison; Grapel had been accused of espionage.

On the background of President Barack Obama’s imminent visit to Israel, and towards the establishment of Netanyahu’s third government, Hasson has a few insights into the situation in the area; it’s a good idea to listen to what he has to say.

Maybe it’s true that Liberman was not polite to him, but perhaps Abu Mazen is really not relevant? You sat on the Knesset Foreign Affairs and Defense Committee and you are familiar with all the intelligence reports.

“There is a difference between ‘not relevant’ and ‘not interested.’ Abu Mazen also made mistakes and he also took time processing events. After the Arab Spring he looks around and understands that he may be the only secular leader left in the region.

“For four years people claim that he doesn’t want to, but I argued in every forum that ‘doesn’t want to’ is not an answer in the diplomatic field, and how will he ‘want to’ when he is treated this way? Abu Mazen asked us for a good-will gesture so that he could gain time with his public. This week I heard Amos Gilad (head of the diplomatic-security department in the Defense Ministry – M.M.) talking dichotomously about good-will gestures and say that they have to come as part of an overall process. I would have expected him to say that to encourage someone to enter negotiations, you have to give him something at the beginning.”

And Abu Mazen did not contribute anything to the situation?

“When we examine developments in the region in the four years of Netanyahu’s government, you have to divide the era into the ‘before Arab spring’ and ‘after Arab spring’ periods. The Arab Spring changed the rules of the game for all the regional players, including for Abu Mazen. He made a very bad mistake regarding the [Israeli construction] freeze — he received a bonus from the Americans but didn’t make use of it and just wasted it. Afterwards he got the Bar Ilan speech (in which Netanyahu gave his backing to the two-state solution for the first time) and didn’t do anything with that either. This only strengthened Bibi’s belief that they don’t want negotiations, and on the other hand it also reinforced the sense that Abu Mazen is not relevant to an agreement. Now the Arab Spring requires us to come to a new evaluation of the situation, and simultaneously over this time period, the Palestinians started moving in the direction of international recognition of them as a state.”

Hasson treats the Arab Spring as a dramatic turning point in the regional order and local power plays. He feels that this requires the state of Israel to “change lanes,” and the sooner the better. “We must gear up for a new situation. The state of Israel has, from its inception, relied on one or two of the regional powers for support and balance. Iran backed Israel when the state was first established, then Turkey joined. After Iran became Islamic, Egypt provided a counterbalance as far as we are concerned. None of these countries remained [on our side] after the Arab Spring — we are left with only Jordan — as a stabilizing entity, and that mandates us to adopt a completely different perspective. For Israel, our supreme interest is to stabilize the region and the key to that is dialogue with the Palestinians. We have to take this great tsunami of regional Islamization and soften it. That is our interest, and Abu Mazen’s interest, and the interest of Jordan and the Gulf countries.”

What price do we pay for the years of diplomatic stagnation?

“Nature abhors a vacuum. When we examine the sequence of events, we see that Hamas was the first organization of the Muslim Brotherhood that began the Arab Spring. Hamas ascended to power in the 2006 elections, but it is the only organization that didn’t receive the bonus of ruling a country.

“Hamas was greatly strengthened by three things: the Arab Spring; the release of [abducted soldier] Gilad Shalit; and the weapons that streamed to the Gaza Strip from the Libyan armories flung open. Before the Pillar of Defense operation the organization’s leaders said ‘it’s our turn to run a country,’ and escalated the attacks on us. As a result, we initiated the Pillar of Defense. In effect, the operation was the result of Hamas’ desire to represent the Palestinian conflict.

“When Khaled Meshaal arrived in Gaza after Pillar of Defense, he kissed Gaza earth and said, ‘I thank God that I have returned to Gaza, even though I have never been here before.’ He added, ‘Just as we returned to Gaza, we will return to Ramallah.’ I do not think it was a coincidence that he talked about Ramallah before Jerusalem, and it only demonstrates the Hamas desire to lead the Palestinian nation.

“In the current reality we live in now, Abu Mazen is not getting any younger. The entity that breathes down his neck and wants to replace him as the representative of the Palestinian people, is a religious fundamentalist organization. That is a new situation.”

Do you think that Obama’s visit may take us off the collision track we are on now?

“I am one of those who argue that the visit has equal chances for opportunity and for danger. Everyone talks about opportunity, in other words the jump-starting of the diplomatic process, but I am one of those who think that there is danger in disappointment that can bury hope for a long time. I remind everyone that the stage at which the second intifada gained steam, was after President Bill Clinton brought his ‘Clinton Parameters' plan. That offer was very generous to the Palestinians, but they did not accept it. Therefore, this visit also has potential for escalation.