After years of Israeli blockade and repeated military offensives, Gaza's athletic facilities as well as the athletes themselves struggle to function, reports Hazem Balousha. 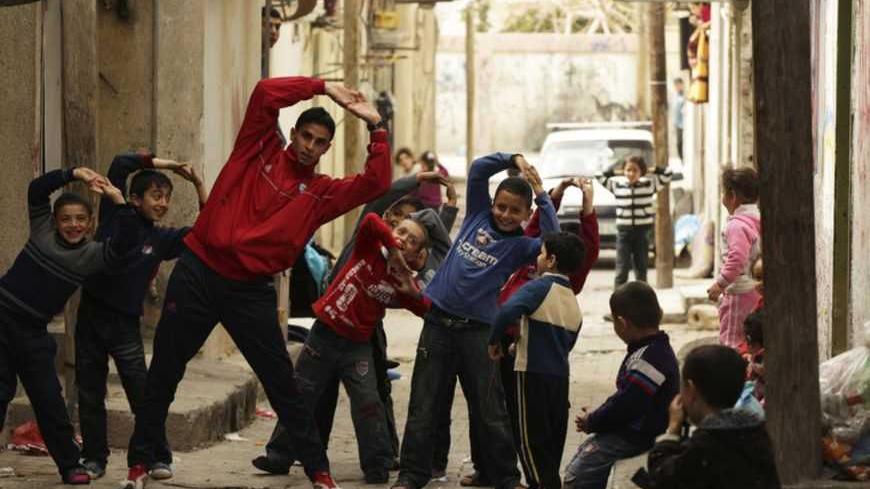 The scale of destruction was evident on the Yarmouk Sports Stadium, constructed in 1952 following Egyptian rule of the Gaza Strip. The stadium was bombed during Operation Pillar of Cloud by Israeli warplanes last November. There is a lack of financial resources to repair it again in the near future. Although the stadium court has been rebuilt, the stands — which could once accommodate thousands of spectators — have not.

Israeli missiles targeted the two main stadiums in the Gaza Strip — the Al Yarmouk and Palestine stadiums — in the last eight days of the war. This caused athletic activity to come to a halt in the Strip, after it had stopped for close to three years when Hamas took over the Strip and assumed control over sports clubs.

Palestinian athletics have seen success in clubs and unions, while other sectors have failed to achieve unity between the contesting Fatah and Hamas powers. Consensual administrative boards for the clubs that Hamas controlled following the Palestinian division were established. Elections were also held, in which different unions took part, allowing the revival of sports in the strip in March 2010.

Ibrahim Abu Salim, vice president of the Football Association, said that "the Palestinian political leaders, namely those from Fatah and Hamas, have agreed to keep sports out of political bickering. There is a current trend among all parties to support athletics and to bring back its role in supporting the Palestinian cause in various international forums."

"Sports were greatly affected in the first years of the division, including the suspension of tournaments for a period of time. But finally everyone has realized that sports deserve to be kept separate from political differences by all parties on the ground."

Palestinian athletics in the besieged Gaza Strip suffer from a lack of material resources; inadequate allocation of funds by the governments in the West Bank and the Gaza Strip — headed by Salam Fayyad and Ismail Haniyeh respectively — in their annual budgets; and their primary reliance on support from private companies, which reflects the limited official attention given to sports.

Ashraf Matar,a sports correspondent at the Palestinian daily Al-Ayyam, explained that sports have never been a priority for the Palestinian Authority (PA) since its inception. He said that the main focus of the PA was on political issues, as they were not aware of the key role of sports in delivering political messages to the world.

"The share allotted to athletics in the budget in all Palestinian governments, including the current governments of Haniyeh and Fayyad, has been zero. The budget only includes operational allocations for paying the salaries of the employees who work in the sports sector."

The Israeli siege imposed on the Gaza Strip since 2007 has limited the possibility of developing the already worn-out Palestinian sports infrastructure, and even worsened it through the targeting of sports facilities and severing communication between players in the West Bank and the Gaza Strip.

The 68 clubs in the Gaza Strip, where around 30 different international sports are practiced, are classified as amateur clubs according to the classification of the Asian and international federations, due to their inability to meet the necessary standards to reach the level of profession clubs. This is despite the fact that the first Palestinian club was established in the Gaza Strip.

Matar noted that the increase in private clubs, which at one time included nearly 50 clubs, has become a burden on athletics due to scarcity of funding by the union. This has led to the disappearance of many games due to a loss of motivation by the players to continue practicing these sports.

According to the Football Association, the Gaza Strip has seven international referees certified by the International Federation of Football (FIFA) in addition to two coaches with A certificates, seven others with B certificates, and 40 qualified instructors with C certificates.

The Palestinian national football team includes 12 players from the Gaza Strip out of a total of 23 players. However, the players live in the West Bank and play in clubs there due to restrictions on their movement between the West Bank and Gaza.

Israel prevents sports teams — including players, coaches and referees — from moving between the Gaza Strip and the West Bank. This limits the possibility of players from Gaza joining the Palestinian national team, due to their inability to participate in training camps prior to the holding of Arab and international games.

Abu Salim accused Israel of attempting to destroy the athletic abilities of Palestinians by frequently refusing to issue entry permits to the West Bank to referees, administrators and players, and preventing the union from convening in a central meeting place. He said that the last meeting by the union in the presence of all its members from the West Bank and Gaza Strip was held in Lebanon.

The Gaza Strip has long lacked women's sports, despite the creation of several women’s teams and the formation of a national women’s soccer team that participated in many games in several Arab championships. The reason is a shortage of financial resources and venues for practicing this sport, as well as the negative social perception towards women who practice this sport outside of schools or universities. This is especially true after Hamas — which rejects any athletic activity by women — rose to power.

Politicians have agreed to keep sports out of political polarization and division. The presence of the two main sports officials in the West Bank and the Gaza Strip — Fatah Central Committee Member Jibril Rajoub and Abdul Salam Haniyeh, the eldest son of Hamas prime minister Ismail Haniyeh — at the top of the sports institution is seen to have helped achieve unity and revive sports in Gaza.

Hazem Balousha is a Palestinian journalist based in Gaza City, with a Master of International Relations from Turkey, as well as a BA in journalism. He has worked as a news producer for BBC World Service, as well as contributed to The Guardian (UK), Deutsche Welle (Germany), Al-Raya (Qatar) and many other publications.