A bilingual school for Jewish and Arab children is showing promising results for tolerance even as random aggression toward Arabs has increased in Israel in the last three months without reaction from the government, writes Akiva Eldar. 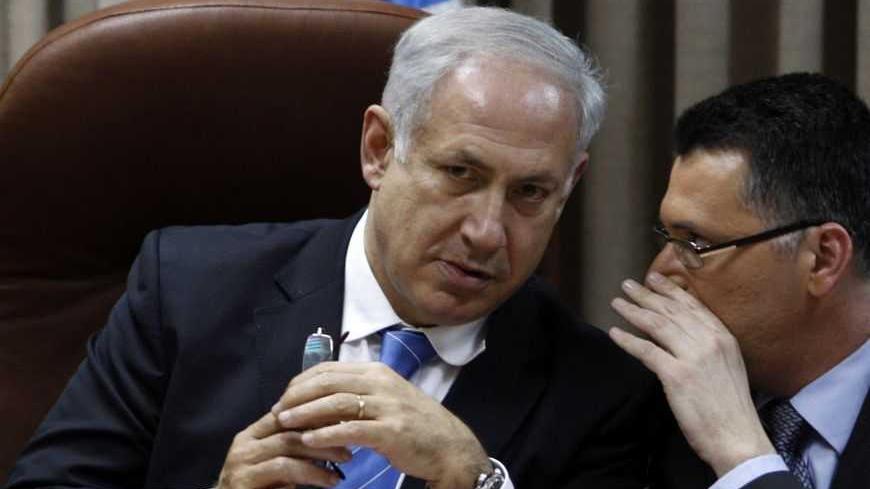 Located in Wadi Ara, Kfar Kara is home to the bilingual school named Bridge Over the Wadi. At the top of the small village, in perfect coexistence, Jewish and Arab children get to know each other and speak each other’s language.

While recognized by the Ministry of Education, this school does not get much recognition from Gideon Saar, the person who still heads the ministry. The minister has not even once taken the trouble to pay a visit to this school. By contrast, Maestro Zubin Mehta paid a visit last year, barely concealing his emotions. Beating a rhythm on the mountaintop, the school’s percussion band welcomed the maestro who listened to them attentively. Relating that he couldn’t tell the Jewish and Arab children apart, he then added emotionally: “I told myself, why should it even matter?” And it’s all happening in two languages. Each classroom has two teachers, from both nationalities. The principal is an Arab.

If Saar had visited the school, he would have met students, teachers and parents who day in, day out realize the complex and fascinating vision of coexistence that Israeli society can offer its two peoples. He would have found out that some people in Israel believe that the Zionist vision can be realized without taking children on an organized tour of Hebron to show who really owns the “City of the Patriarchs.” After the visit, he might have withdrawn the indictment against five couples from Kiryat Tivon who decided to send their children to a bilingual school. They are charged with violating the Compulsory Education Act because that school is not legally recognized by the state.

While penning out these lines, it seems as if Sa’ar will have to transfer the education portfolio into the hands of Rabbi Shay Piron of Yesh Atid party. Yair Lapid, the party leader, has once called the Arabs by the inclusive name "Zoabies" (as in Haneen Zoabi, an Israeli Arab member of Knesset). The mighty political battle fought all through last week over the Education portfolio, is good news for Israeli students and their parents: it is now getting the attention it deserves. For many years this portfolio, in charge of educating our future generations and instilling values of democracy and liberalism, was actually considered only “mediocre” in terms of prestige.

Saar was able to garner the support of the teacher associations, some prominent educators and even the heads of youth movements and faithful friends from the left and the media. They nearly succeeded is masking the views of this graduate of the Tehiya Youths (the ultra-right party led by Geula Cohen that splintered off from the Likud Party in the wake of the peace accords with Egypt). Because of those views, Saar's first watch as education minister was not characterized by tolerance toward minorities or inculcating values for Jewish-Arab coexistence.

The following examples tell the whole story in a nutshell: Sa’ar reduced the number of hours devoted to democracy in the civics curriculum, while silencing opinions that did not conform to his nationalistic views, impeaching the chairpersons of the professional history and civics committees and reprimanding a high school principal for daring to hold a debate on the Israeli occupation. He announced the launching of the program “Na’aleh Le-Hebron” (Let’s visit Hebron) in which the Education Ministry organizes student visits to Hebron and the Cave of the Patriarchs. To follow through on his values, Sa’ar entrusted the Society and Youth Administration to the hands of the right-wing Erez Eshel. In a newspaper interview, the latter expressed gratitude to the Hilltop Youth (nationalist youth often noted for establishing illegal outposts) and called Chief Justice of the Supreme Court Dorit Beinisch a “mishap.”

Given this atmosphere, it is not surprising that this hatred has been producing bushels of bad apples.

The following is a short collection of “hate crimes” within the Green Line that have been reported since the beginning of the year:

Jan. 20: A young couple verbally abused Arab students who were seated on a bus next to their Jewish friends from the bilingual school in Jerusalem as they were making their way home. Another passenger called them “monkeys,” saying that they had “no right to live,” and topping it off with “you’re a burden on the country.” The students approached the driver who refused to intervene.

Jan. 28: Right-wing militants attacked some fifty students from a bilingual school on a bus. “With our own eyes we saw what callous Jewish racism looks like,” says Gadi Gevaryahu, chairman of forum “Tag Meir,” which was founded as a response to the "price tag" phenomenon (that targets Arabs and their assets).

Feb. 24: Some 15 male teenagers, probably drunk, attacked and made racists remarks against Hassan Ausruf, a street sweeper from Jaffa, who was on his way to work. He was hospitalized with light-to-moderate injuries.

Feb. 25: Hana Amtir, a mother of eight who is two months' pregnant, was assaulted at a Jerusalem light rail station. Three young Jewish women shouted: “Arab woman, death to an Arab woman,” and pulled off her hijab. They kicked, punched and slapped her. Dozens watched from the sidelines without intervening, except an old Arab man and a left-wing activist who also took some photos.

March 1: Nimer Shirqawi, a resident of Nazareth who was vacationing at a beach in the Sea of Galilee, was attacked by young Jews. He recounted that shortly after coming with his wife to the beach, a group of young people approached them and started shouting: “Arab, you took over our country.”

March 1: A fast-food restaurant employee in Tel Aviv was attacked by a few patrons who cursed him, calling him a “stinking Arab” and throwing objects at him. According to the employee, the assailants were unhappy with the fact that he cleared the mayo from their table before they were done eating. [Also, early this month, a group of Jews from Acre demonstrated in front of the building of a religious police officer from the neighborhood who sold his apartment to an Arab. They opened a Facebook group called “Acre is ours,” writing: “An apartment sold to an Arab will never be returned to Jewish hands.”]

March 8: Three 14-year-olds from Nazareth Illit spat on an Arab woman yelling at her to “leave the Jewish neighborhood.”

Truth be told, some of the seeds of these bad apples were planted before Sa’ar’ took office. He is not the one who operated segregated buses for Jews and Palestinians and also not the one who championed the policy of discrimination against the Arab sector in all walks of life.

However, instead of tracking down and eradicating this virulent racism, Sa’ar endorsed nationalism and isolationism. This was eloquently described by chairperson of the Meretz Party, Zehava Gal-On, who said that the violence of youths is the product of the state-run educational system that takes its students on a tour of Hebron, where they learn about the heritage of the Jewish people while ignoring the people that live there.

My fellow writers on this website have already recommended that President Barack Obama give an address at Rabin Square, eat falafel in Tel Aviv and visit Gush Etzion during his visit next week. I would suggest that he visits the bilingual school Bridge Over the Wadi to see Israel’s other face — not just racism, violence and hatred, but also coexistence and mutual respect.

And it would also be nice if the Israeli education minister tagged along.