High Stakes for Erdogan In Turkish Talks With PKK 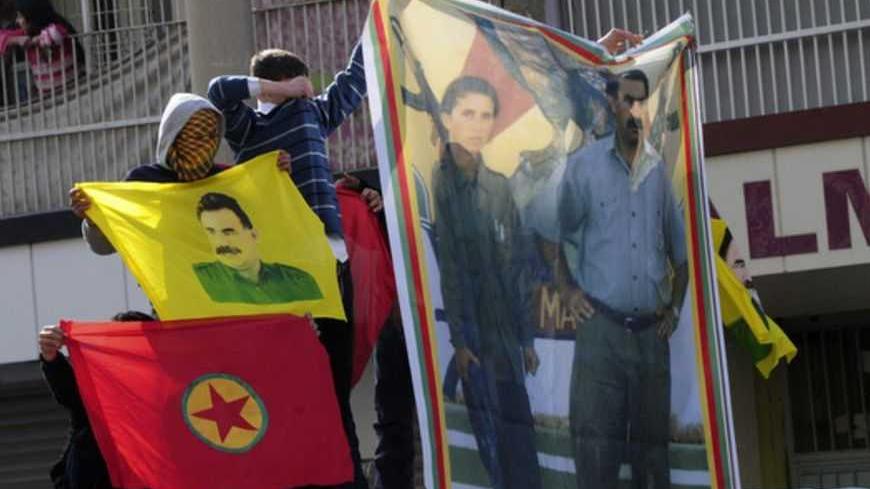 The leaking of the “Imrali minutes” has not dampened Prime Minister Recep Tayyip Erdogan’s desire to press on with the peace talks with Abdullah Ocalan, the jailed head of the outlawed Kurdistan Workers Party (PKK) who is serving a life sentence on the Island of Imrali. Erdogan has vowed to “drink poison hemlock” for the sake of peace.

Meanwhile, the Peace and Democracy Party (BDP), which some see as the political wing of the PKK, and which is acting as an intermediary between Ocalan and PKK elements in Europe and the Kandil Mountains in Northern Iraq, has said it is willing to go the full distance for the success of the talks.

Murat Karayilan, the commander of active PKK elements in Northern Iraq, has also said much the same, so it seems the current “process,” as it is derisively being called because of Turkish antipathy toward the idea of “negotiating with terrorists,” will weather the storm caused by the leak.

This is the good news for those interested in seeing the talks succeed. But there is also some bad news that comes with the leaking of the Imrali minutes, which makes one wary about the chances of success.

Government officials have been priding themselves on conducting a "transparent process” this time, unlike past attempts, which amounts to saying, “We admit we are talking to terrorists, but it is for the greater good.”

That has changed somewhat due to the Imrali minutes. We now have Ocalan’s remarks, and given that we are aware of what Erdogan is telling the public about this process, it seems the sides could be talking at cross purposes.

For example, Erdogan’s basic argument is that his main effort here is aimed at ending terrorism by negotiating a cease-fire with the PKK, securing the departure of PKK elements from Turkey and getting Turkish hostages held by the PKK released. He does not want to give any impression that he is negotiating a political deal which includes a general amnesty for and repatriation of PKK members.

He has said in categorical terms that this is not in the cards. Neither does Erdogan want to give the impression that Ocalan is going to be given a say on the new constitution currently being drafted by parliament. The words Ocalan is using, however, and his self-assured — some say “megalomaniacal” — tone points to the contrary.

Ocalan clearly sees himself representing some kind of a sovereign entity that is negotiating a broader political deal with the Turkish state by putting forward political conditions that have to be met for PKK terrorism to end. He not only appears to be proposing a new social contract between Turks and Kurds, including a definition for “citizenship” in the new constitution, but also foresees his own release soon.

Asked, for example, if he expects to be out of jail in the near future, Ocalan says — musingly, according to the side note in the published minutes, “All of us will be free. If I succeed, there will be not a KCK member nor anyone else left in prison.”

The Union of Communities in Kurdistan (KCK) is an umbrella group founded by Ocalan, thousands of whose members are currently in jail charged with trying to establish a parallel state on Turkish soil.

Ocalan adds ominously, however, that if he does not succeed, “there will be a people’s war involving 50 thousand people.” One could take his words to mean that he will not be able to control the violence that will ensue if the current process fails. But his subsequent remarks show that he continues to see terrorism as a key weapon which will be used if his conditions are not met.

For example, he says he is angry with himself "for suddenly ending their operations during 2001–2004,” adding that “the government misunderstood this to mean that terrorism had ended.” He appears to be suggesting they will not be duped again unless they are sure of getting what they want.

To digress a little, here, these words of Ocalan’s reminded me of what he said during an interview three colleagues and I had with him in Damascus in December 1991. He told us then that he was opposed to any plan that foresees the disbanding of the PKK.

“After having brought a very important development to this stage, a disbanding for stupid reasons would be wrong; it would be treachery,” he had said.

Echoing these words, Ocalan is adamant in the Imrali minutes that there will be no “pulling back” if their conditions are not met. He adds, however, that even if they do pull back, “they will continue to strengthen their guerillas wherever it is they have been pulled back to.”

In the minutes Ocalan also says that he has a “three-stage plan based on 10 principles” which he wants to be debated by the PKK in Europe and Kandil. He adds that “joint commissions” are also to be established within the scope of this ongoing process, including one similar to the South African “Peace and Reconciliation Commission,” which will operate under the auspices of a group of “wise men.”

Ocalan says that the PKK will only pull back when all of this is achieved, which he says will include “a return to villages,” meaning that PKK militants will be repatriated to their homes. These remarks are clearly hard to swallow for a large segment of Turkish society.

But what is bound to have angered many Turks the most are Ocalan’s remarks to the effect that “everyone has to give up on old habits [...] because there is going to be a regime change in Turkey” which he says will be deeper than anything seen since the Ottoman period.

This also appears to tie in with Ocalan’s remarks in which he suggests he is not averse to Erdogan’s bid to become an executive president. Many Turks feel that the Justice and Development Party and the Peace and Democracy Party have formed an unholy alliance in parliament, which not only aims to meet the PKK’s political demands, but also to help Erdogan realize his political ambitions.

Government officials are of course refuting many of the things said in the Imrali minutes and indicating that Ocalan’s remarks have nothing to do with the current process. But suspicions linger. Meanwhile, Erdogan said on Thursday, March 7 that he does not want this process to turn into a political show by the PKK, as was the case in 2009, when the Erdogan government initiated its first “Kurdish opening.”

That effort ended in a fiasco when the PKK turned the arrival of some of its militants at the Habur border gate with Iraq — which was part of the deal ostensibly worked out — into a massive victory parade that angered Turks. The whole “process,” as it was also called then, also failed to prevent an increase in PKK violence, which peaked in 2012.

Only some of the things Ocalan said, according the Imrali minutes, have been mentioned here. He has other fantastic notions, such as the claim that he was instrumental in bringing Erdogan to power. But even his remarks mentioned here show that Erdogan has his work cut out for him.

If what Ocalan is saying is a reflection of what is being negotiated, this will be a lot for traditionally nationalistic Turks to accept. It will not be impossible, of course, especially if Erdogan succeeds in ending 30 years of bloodshed, even if this results in political concessions to the PKK.

He is, after all, politically strong at home and in a position to convince a significant portion of his constituents about the merits of such a settlement. But, if, as the Imrali minutes and Erdogan’s open declarations appear to suggest, he and Ocalan are talking at cross purposes, these talks will not only end in a new fiasco, but will also fuel the “peoples war” Ocalan appears to be threatening if his conditions are not met.

The stakes are indeed high for Prime Minister Erdogan.