Semih Idiz writes that some nationalist Turks are so uneasy with the prospect of peace with the Kurdistan Workers Party (PKK) that they're promoting a new separatism to avoid living with Kurds in a democracy. 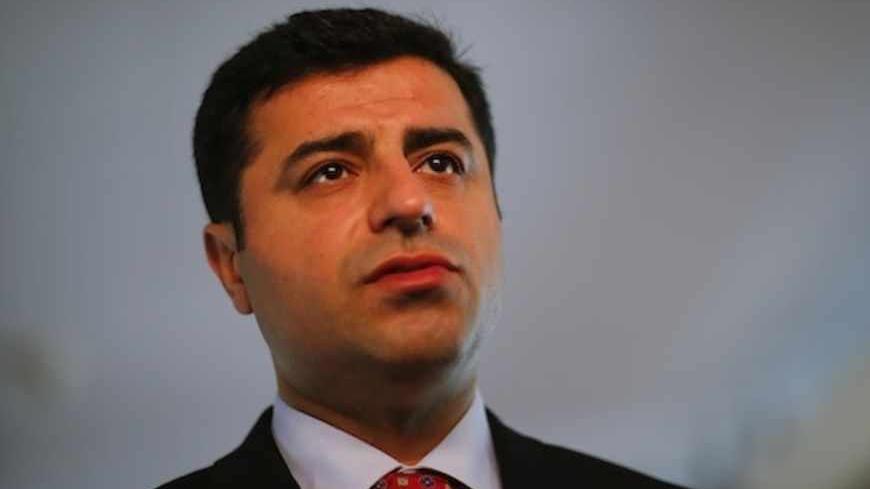 The announcement by the Kurdistan Workers Party (PKK) that it will pull thousands of its militants out of Turkey and into northern Iraq beginning May 8, under a deal worked out with the Turkish government, will boost Prime Minister Recep Tayyip Erdogan's popularity at home, regardless of nationalist accusations that he is negotiating in Turkey's name with a terrorist organization.

This doesn't change the fact that many Turks remain wary about what the PKK will get in return for ending its separatist terrorism, which has cost up to 40,000 Turkish and Kurdish lives over the past three decades. This shows that Erdogan's real task is still ahead of him, as the process with the PKK enters the political stage.

Key PKK figures are already declaring their intention to continue pushing for expanded rights and regional autonomy for Turkey’s Kurds, entering the political domain after officially ending their armed struggle through a final peace deal with the Turkish government.

It remains hard for the Turkish public to swallow the sight of hardened PKK members — who have ordered deadly strikes against Turkish soldiers and policemen — operating openly as politicians in Turkey. But if PKK attacks are seen to have stopped in earnest, and the departure from Turkey by armed PKK elements is verified, public support for the current “process” with the PKK is likely to continue, despite some lingering doubts.

Addressing a press conference at the PKK’s base camp in the Kandil Mountains of northern Iraq  on April 25, Murat Karayilan, the commander of the group’s military wing, vowed that his militants would not engage Turkish forces unless attacked.

Discussions where a terrorist appears to be dictating terms to Turkey are poorly received by Turkish nationalist circles, and this is fueling a campaign spearheaded by the ultra-nationalist Nationalist Movement Party (MHP) against Erdogan and his ruling Justice and Development Party (AKP).

The MHP accuses the government of having been duped by a terrorist organization, which the MHP says doesn't really intend to give up on violence. MHP officials claim the PKK has now been legitimized as a political force through this ongoing process — which for them represents caving in to terrorism.

Meanwhile, the main opposition Republican People's Party (CHP) — which also harbors elements whose views are akin to the MHP's, despite claiming to be a social democratic party — remains ambivalent about the whole process with the PKK. Unlike the nationalist element, some in the party are prepared to give the government the benefit of the doubt. This shows that the CHP may witness some inner fractionalization as the process with the PKK unfolds and disagreements within the party increase.

But despite strong opposition from nationalist quarters, which accuse Erdogan of treachery against the Turkish nation and threaten to have him tried for treason, Erdogan remains a force to be reckoned with, given his continuing popularity with the masses. It remains an open question whether he can deliver all that the PKK and its supporters in Turkey expect, since not all of his grassroots followers are comfortable with what is transpiring.

During his press conference in Kandil, attended by a large number of Turkish and foreign reporters, Karayilan indicated that the next stage after the PKK pullout would be the drafting of a new constitution for Turkey that would meet the expectations of the Kurds. According to Karayilan, the third stage of the current process, whereby the PKK gives up its arms for good, can only start once such a constitution is adopted.

The idea that the PKK could have any say over the work currently underway to draft a new constitution, however, is anathema to a large swath of Turkish society. Karayilan’s remarks, while being used by the MHP to bolster its claim that the PKK is duping the government about disarming, are also bound to add fuel to another heated debate in Turkey.

There is widespread speculation that the pro-Kurdish Peace and Democracy Party (BDP), whose deputies are actively involved in the process with the PKK, has entered into an unholy alliance with the AKP. The claim is that the BDP, which some see as the political wing of the PKK, will obtain rights for Kurds in exchange for supporting constitutional changes that will allow Erdogan to become president with vastly expanded powers in 2014, when presidential elections are due to be held. BDP leader Selahattin Demirtas has denied this claim, but this has failed to douse the speculation.

Another point that will cause problems for Erdogan and his government is the widespread expectation among PKK supporters and sympathizers, as well as ordinary Kurds, that the current process will also result in the release of PKK leader Abdullah Ocalan, who is serving a life sentence in Turkey after he was captured and tried in 1999.

Ocalan, who has a large following not just in Turkey but also among Kurds spread across Iran, Iraq and Syria, was Erdogan's main interlocutor — albeit an indirect one — in the talks with the PKK. He was the one who called on the PKK to declare a cease-fire and for the group’s armed militants to leave Turkey, a call which resulted in this week’s announcement by Karayilan.

PKK militants also expect Turkey to declare a general amnesty for them as an integral part of this process. Releasing Ocalan and opening the path for him to engage in legitimate politics, along with the idea of an amnesty for PKK militants, are some of the hardest issues that Erdogan must tackle. Although he has said on countless occasions that these are not options the government is considering, the public remains highly skeptical.

Meanwhile, a seemingly urbane element of society — whose strong “Kemalist” worldview is a strange brew of a Turkish nationalism tinged with some racism, staunch secularism and Western-style liberalism, and whose members are known in Turkey as “White Turks” — has started expressing ideas as a result of this process which amount to “Turkish separatism.”

A case in point is Ertugrul Ozkok, who for many years was the editor-in-chief of the influential mass circulation daily Hurriyet, and who is currently a widely read columnist for the same paper. In a commentary on April 23, Ozkok touched on a debate that's swirled for some time in Turkey: whether the term “Turkish nation” should remain in the new constitution, or whether it should be replaced with an ethnically neutral concept.

Insisting that all opinion polls show that Turks are strongly opposed to removing any reference to the “Turkish nation,” Ozkok, whose Hurriyet newspaper has the motto “Turkey belongs to the Turks,” maintained that the process with the PKK also marked the beginning of a process of separation from Turkey by the Kurds. Claiming that this process had produced what amounts to a federated Kurdish area in southeastern Turkey, Ozkok had this to say: “Everyone in this country undoubtedly wants peace in their hearts. But what we really want is a lasting peace that satisfies everyone. … This is why we must start to openly talk about the most realistic and lasting method for attaining peace, including separation. As with families, sometimes the best solution for societies that provides advantages to both sides is a ‘friendly separation.’”

These seemingly innocent remarks suggest that a class of Turks isn't prepared to live with Kurds even under democratic arrangements, and is prepared to concede a large part of Turkey to avoid having to do this. Strange as it may seem, those who for over three decades bemoaned Kurdish separatism are now promoting the idea of Turkish separatism.

Given the high expectations on all sides, Erdogan has his job cut out for him. Regardless of what points he may have scored as a result of the PKK’s declaration this week, he still faces an uphill battle as he tries to establish lasting peace between Turks and Kurds. But should he succeed, there is no doubt he will have guaranteed his place in history books.

Semih İdiz is a contributing writer for Al-Monitor’s Turkey Pulse. A journalist who has been covering diplomacy and foreign-policy issues for major Turkish newspapers for 30 years, his opinion pieces can be followed in the English-language Hurriyet Daily News.