Denise Natali writes that there is a large gap between what Turkish Prime Minister Erdogan can deliver and what average Kurds expect from the Imrali peace talks. 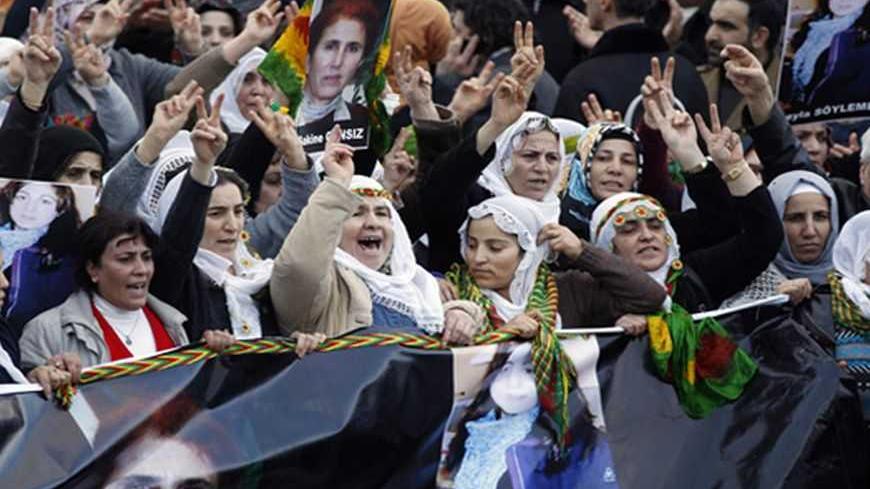 The cease-fire called by Kurdistan Workers Party (PKK) leader Abdullah "Apo" ["Uncle"] Ocalan has added momentum to the Imrali Process, fueling hopes that a solution to Turkey’s decades-old Kurdish problem is possible. Whereas springtime has generally meant a recommencement of PKK warfare, according to Ocalan, it now represents a “new phase for a new Turkey and a new Middle East.” The cease-fire also comes at a time when Turkish Prime Minister Recep Tayyip Erdogan is engaged in deal-making with the Peace and Democracy Party (BDP), promising a new constitution that assures Kurdish rights in exchange for support for his presidential aspirations.

Yet, despite Ocalan’s call for “arms to be silenced and for ideas to speak” and Erdogan’s promise to “drink hemlock to resolve the [Kurdish] problem,” neither man has addressed the heart of the Kurdish issue in Turkey: recognition of Kurdish ethnic identity as part of Turkish citizenship and the political demands associated with it. Also, Erdogan’s interpretation of the Kurdish problem remains unclear, wavering between PKK terrorism and Kurdish cultural rights. Unless these key issues are addressed this “historical moment” may represent nothing more than another temporary cease-fire that could lead to even greater conflict between Kurds and the Turkish state.

Indeed, Turkey’s current efforts to address the Kurdish problem are noteworthy and differ in important ways from previous attempts. Never before has a Turkish official engaged Ocalan and PKK leaders in the field as publicly as Erdogan has done during the Imrali Process, alongside an open commitment to resolving the Kurdish issue. Turkish public opinion about the Kurdish problem has also shifted since the onset of the PKK insurgency in the late 1970s. Most Turkish populations have indicated their fear and fatigue of losing their sons to war against the PKK and seek an end to the conflict. Many also recognize that the Kurds are a distinct group and not simply “Mountain Turks.”

Still, equally remarkable is what has been left out of the Imrali Process. There has been no mention of Kurdish political claims, no discussion of democratic autonomy, no talk about Kurdish language rights, and no release of Kurdish prisoners — all which form the basis of BDP and Kurdish nationalist demands in Turkey. Nor has there been any discussion of what to do with the thousands of PKK fighters who are expected to hand in their weapons and depart Turkey. The most likely place would be the nearest sanctuary or political vacuum; Iraqi Kurdistan, Syria and/or Iran, which appears to be more like a displacement of Turkey’s Kurdish problem and not a solution to it.

There also remains a large gap between Ankara’s public discourse about the Kurdish problem and the political reality. Despite Erdogan’s efforts to create a constitution-making pact with the BDP, he has not specifically recognized nor supported Kurdish national identity outside the Kurds’ status as fellow Turkish citizens and Sunni Muslims. In fact, Erdogan’s inherent Islamist roots and his Salafist regional allies clash directly with the essentially ethnic and secular nature of Kurdish nationalism. This Islamist approach to addressing the Kurdish problem creates additional obstacles to effectively negotiating with the BDP, as well as exporting the Imrali Process to Syria’s Kurds.

So too, do institutional constraints in Turkey. Just one month ago, fighting broke out in the Turkish parliament over the understanding of Turkish nationalism, and after Turkish nationalists from the Black Sea area threatened visiting BDP leaders. Moderate secular groups such as the Republican People's Party (CHP) also continue to warn the Turkish public about potential Kurdish secessionism and the threats that Kurdish demands pose to the territorial integrity of Turkey. Additionally, the Imrali Process is not particularly popular among Turkish citizens. According to a recent poll conducted in Turkey, over 60% of the population is critical of Ankara’s direct negotiations with Ocalan. Just last week, five Kurdish children were arrested in Van after house raids by Turkish police.

Nor has the BDP shown any indication of ceding its demands for Kurdish political rights and democratic autonomy even if it no longer seeks an independent Kurdish state. In fact, alongside the exuberance of Nowruz celebrations and hearing Ocalan’s voice is a harsh criticism from some Kurdish groups about Ocalan’s “handing Kurdish demands to Erdogan for free.” Most are taking a wait and see approach and expect at minimum that Ankara will release Union of Communities in Kurdistan (KCK) detainees and advance specific measures to address Kurdish demands.

In fact, the gap between what Erdogan can deliver and what average Kurds expect remains large. It is not only the Imrali Process that has raised Kurdish expectations, but geopolitical trends that have expanded opportunities for Kurds across states and elevated the issue of minority rights in the Middle East. These trends have set a minimal demand for some form of Kurdish political autonomy while raising the stakes for Erdogan. The real test, however, will come after the 2014 Turkish elections. The extent to which Erdogan — if elected Turkish president — or another Turkish leader will make real efforts to resolve the Kurdish political problem after consolidating power will shape the prospects for a lasting solution. Should this effort continue, then a real historical moment for Turkey’s Kurdish problem may actually occur.