Can Ocalan Rein In the PKK?

Any agreement between Turkish Prime Minister Recep Tayyip Erdogan and PKK Leader Abdullah Ocalan on the Kurdish issues will be complicated by Turkey’s policies toward Syria and Iraq, writes Denise Natali. 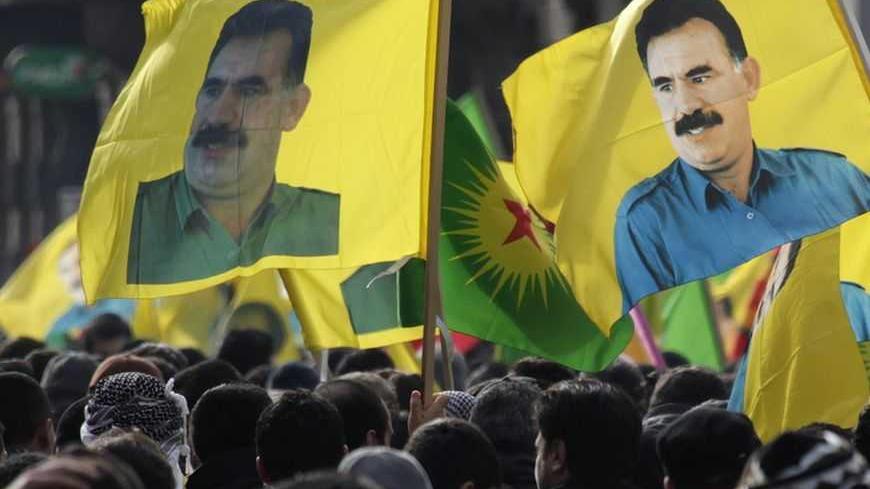 Despite the assassinations of three PKK representatives in Paris, Ankara is pressing ahead with its dialogue with PKK leader Abdullah Ocalan in an attempt to end its Kurdish problem once and for all. The assumption is that by dealing openly with Ocalan, who controls a relatively monolithic PKK, the group’s militants will disarm willingly. A more inclusive negotiating process that engages Kurdish political representatives and Turkish civilian leaders also is expected to encourage a settlement and sideline PKK hardliners.

The problem is that the PKK represents more than Ocalan and Kurdish national rights in Turkey. Since Ocalan’s arrest in 1999, the radical nationalist group has expanded and entrenched its networks across regional states and continents. It has also become lodged in Middle East uprisings and regional proxy wars that have given local leaders new forms of support, prestige and opportunities to mobilize. Turkish Prime Minister Recep Tayyip Erdogan’s challenge, therefore, is not only using Ocalan as a peacemaker, combating terrorism and creating conditions inside Turkey to appease Kurds, but also ameliorating relations with regional states that are empowering the PKK and its party offshoots.

Indeed, securing Ocalan’s support for a Kurdish-Turkish peace process is essential. Ocalan remains the uncontested leader of the PKK and can influence party members’ behavior from his prison cell in Imrali. There is rarely a PKK demonstration in the region or the diaspora without Ocalan’s photo, emphasizing the continuity of his well-known personality cult. It was only after Ocalan called an end to the two-month hunger strike by dozens of Kurdish prisoners and politicians last November that the protests finally ended. Murat Karayilan, head of the PKK’s Kandil group, could not have done that.

Yet the PKK has become larger than its symbolic leader. Even if the organization no longer calls for an independent Kurdistan but for democratic autonomy in Turkey, it has become embedded in a growing trans-border Kurdish nationalist movement that is now simultaneously active in three geographically contiguous states: Turkey, Iraq and Syria. The PKK also has benefited from regional uprisings and associated power vacuums by securing sanctuary in weakened states. Since their expulsion from Syria and transfer to the Kandil mountains in Iraqi Kurdistan after 1999, PKK leaders and cadres have been running operations and consolidating networks on the ground without Ocalan’s directives. These leaders and their fighters may not necessarily or fully respond to Ocalan’s instructions to make peace.

PKK expansionism and influence have been encouraged by Turkey's foreign-policy missteps. Ankara’s sectarian-based agenda and conflicts with regional states have given the PKK access to new or renewed sources of support. That PKK operations are now based in two neighboring countries that are in conflict with Turkey — Syria and Iraq — indicate the ways in which the group has benefitted from Ankara’s loss of allies and the regional efforts to leverage Turkey. Even Ankara’s key (and only) regional ally, the Kurdistan Regional Government, cannot remove the PKK from its territory or take up arms against the group.

The PKK also is seeking more than Kurdish rights in Turkey, which further complicates the potential to disarm. As Kurdish and Islamic movements strengthen in the region, the PKK is trying to shape a particular vision of Kurdish nationalism that is secular, urban and leftist — and one that it leads. This vision challenges not only Erdogan, but also rising Sunni Islamic influences and Barzani family power. In Syria, for instance, the PKK/Democratic Union Party (PYD)’s aim to secure Kurdish nationalist rights coexists with its commitment to a ensuring a secular state that protects minority groups, checking the Muslim Brotherhood and Salafists and controlling Kurdish-populated territories. This is why the PKK/PYD refuses to relinquish control of its territories or militia to its rival group, the Kurdish National Congress, which would be equivalent to ceding power to Turkey and Barzani. It also explains why Syrian Kurdish hardliners such as Bahoz Erdal are unlikely to surrender their arms even if Ocalan tells them to do so.

Assuming Ocalan can convince thousands of PKK fighters, operators in Europe and local leaders to disarm also undervalues the lucrative financial incentives of the PKK war machine. When necessary, the PKK’s extensive diaspora networks can generate millions of dollars in "contributions" and taxes from its supporters and those it coerces within days, if not overnight. Further, PKK popular support is no longer confined to the mountains but has spread to the towns and cities and among the growing numbers of Kurdish youth across borders who regard the PKK as the only real group still struggling for Kurdish rights. Without some type of guarantee or alternative financial incentive, these networks are also unlikely to cease their activities.

These realities imply that a directive from Ocalan is a necessary but insufficient condition to disarming the PKK and negotiating a peace agreement. They also indicate that the challenges to negotiation are not only rooted in divisions between Kurdish moderates and hardliners or conditions inside Turkey, but also in relations between the political elites in Ankara, PKK leaders and cadres and regional states. In this sense, Erdogan needs to seriously rethink his foreign policy so that Ankara has allies that it can work with to check the PKK rather than having regional states use the PKK against Turkey.