The Imrali Process is providing unexpected hope for a resolution to the Kurdish question in Turkey, writes Cengiz Çandar. 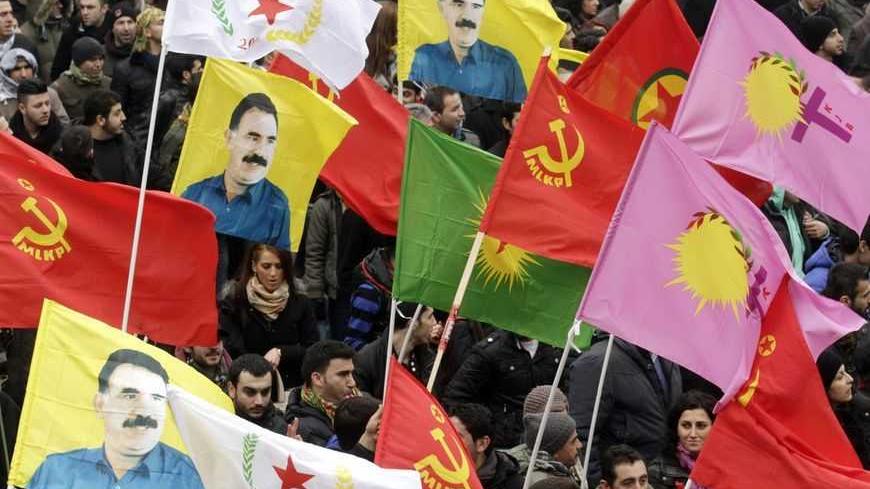 Turkey is a dazzling country. For years, I have been saying that nobody can claim to be an “expert on Turkey." Developments in the last couple of months have proven how right I was.

Actually anyone can reach the same conclusion by looking at two photographs I saw.

A photograph printed on the first pages of Turkish dailies in July caused a furor. Two women members of the parliament from the Peace and Democracy Party [BDP] known to be following the line of the notorious PKK and accepted as a Kurdish party in the parliament that is perceived as "Turkey’s Sinn Fein” were in the photograph. One of them is the current co-chair of BDP and the other was the previous co-chair. They were photographed embracing armed PKK militants who had cut off a road and were checking identifications at a point near the Iraqi border.

Many people believed that the BDP people who had taken several journalists and TV cameramen with them had made a deal with the PKK and the photographs were scripted. In the hot summer days of 2012, meanwhile, the war between the Turkish state and Kurdish insurgents of the PKK were raging in full on the mountainous region near the Iraqi border. The PKK leader Abdullah Ocalan, who is serving in life sentence on Imrali Island near Istanbul, was in full isolation. Nobody had heard from him for more than a year.

As women have 50% representation at every level of BDP leadership structure, as instructed by Ocalan, there is also a woman co-chair. The obviously delighted appearance of Gulten Kisanak, the current co-chair and Aysel Tugluk, the previous one, (whom the PKK calls "guerrillas" and “terrorists” in official Turkish political jargon) caused understandable anger in Turkish public opinion. Turkish public and political circles interpreted the possibly scripted meeting and the embraces as an effort of “legitimatizing terror."

In the last quarter of 2012, Prime Minister Recep Tayyip Erdogan suddenly upped the bar and declared that those who “support terror by embracing terrorists” had no place in the parliament and should someone propose to lift their parliamentary immunity, his ruling party [AKP] would support it.

In the last days of 2012, this issue kept Turkey occupied. BDP countered by saying that if their immunities were lifted, they would withdraw from the parliament as a political party in entirety. Moreover, lifting parliamentary immunities would bring about their judicial prosecution and they would most likely to be arrested.

There was a similar case in 1994. Several parliamentarians of the Democratic Party [DEP], the forerunner of BDP, were arrested in the parliament and carted off to prison where they spent long terms, including three who served 10 years. That period is remembered as the darkest and worst violent era in Turkey’s history with its Kurdish issue. The possibility that BDP co-chairs could be arrested brought to mind those dark days and Turkish citizens entered the New Year with considerable anxiety.

Then, a few days before the New Year's Eve, the Prime Minister announced on TV that negotiations had begun with Abdullah Ocalan and that he was optimistic about the outcome because he was seeing the light at the end of the tunnel. On Jan. 3, something unprecedented happened. Two Kurdish parliamentarians were taken to Imrali Island to meet with Ocalan.

It took one and a half months for the second BDP team to go to the island. We are told that Erdogan had vetoed a visit by two co-chairs because of their "embrace of terrorists” in July 2012.

Then three parliamentarians approved by Ocalan, including one ethnic Turk and another seen as religious-conservative on the “same frequency with Erdogan," went to Imrali and met with Ocalan for more than three hours.

If this had been all, it wouldn’t be seen as an important development. But the delegation left the island with a mission to deliver a letter from Ocalan to the PKK leadership based at Iraq’s Kandil Mountains.

A short time later the two co-chairs whose visit to Imrali had been vetoed by Erdogan, and others who had met with Ocalan, went to Kandil as a single delegation. The officials of Iraqi President Jalal Talabani’s Patriotic Union of Kurdistan escorted the delegation to Kandil.

Murat Karayilan, who after Ocalan is considered to be at the top of the PKK hierarchy, accompanied by other top PKK leaders, met the BDP delegation. The PKK officials were in their military fatigues in front of a huge PKK flag and Ocalan poster. Gulten Kasanak and Aysel Tugluk who were in the July 2012 embrace photo were in the same frame, again looking delighted.

The photograph was distributed by a PKK organ, the Firat News Agency [ANF]. The Turkish press used the photograph distributed by the banned ANF in their pages and websites. And, there was no furor in Turkey this time. It was definite that the PKK-BDP meeting, including the two co-chairs, was endorsed by Erdogan.

Ocalan was expected to declare a “a lasting cease fire" on the eve of  21 March Newroz celebrated as the Kurdish New Year along with a plan and calendar for the armed PKK to leave Turkey as Erdogan demands.

Those who had “embraced terrorists” in July 2012 and accused of “legitimizing terror” were somehow transformed to peace doves flown from Imrali Island to Kandil Mountain.

Developments are taking place at a pace that exceeds the imagination of many. Prime Minister Erdogan even opposes the new initiative to be labeled as the “”Imrali process” that illustrates Ocalan’s authority over the PKK and his influence over the Kurds in general. Erdogan has asked the media to use the label “Solution process" instead.

It would be excessive daydreaming to expect the Kurdish issue that dates back to the declaration of Turkish Republic to solve it in a week or two, in a couple of months and even one or two years. The said process, no matter what it is called, is fragile enough to be derailed any moment. But then we have never had such a process that created so much optimistic expectation of the right course for a solution and peace.

Now eyes are on the Imrali-Kandil traffic. We are waiting for the response of Kandil to Ocalan and another BDP shuttle mission, all to culminate in a historical declaration by Ocalan, to be followed by new steps Erdogan (who has the most to gain in short run) will take.

Probably in terms of writing the foreword of this unprecedented process, we are in the last crucial days.