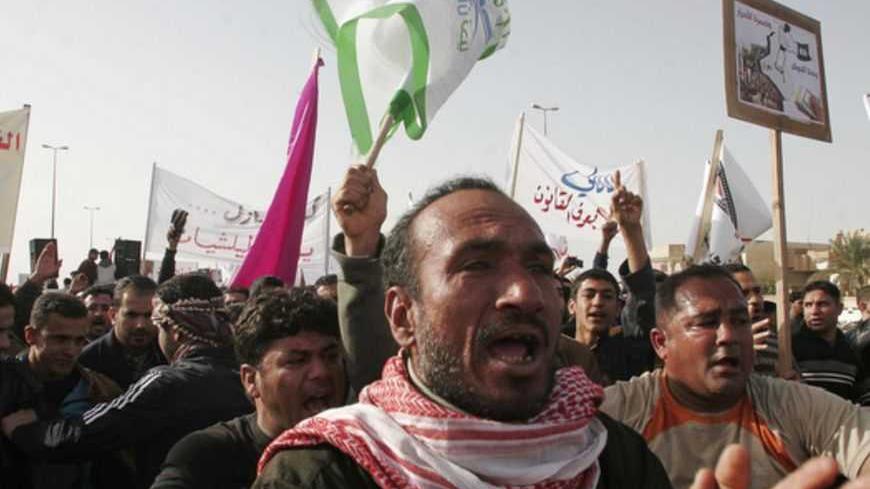 Provincial elections scheduled for April 20 will not be held on time in Anbar province. It seems that the Sunni protests are casting a shadow over the process of democratic power transition in the unstable city.

On March 11, the provincial council — the legislative authority of the province — decided to postpone the elections and referred the decision to the Iraqi Election Commission on March 12 for ratification.

Deputy head of the council Sadoun Ubaid confirmed in a phone call with Al-Monitor that 19 members voted to postpone the elections under the condition of referring the decision to the Election Commission in Baghdad.

The provincial council of Anbar consists of 20 members distributed as follows: Six members belong to al-Iraqiya coalition, five to the Sahwa Party, four to the Iraqi Islamic Party, three to the al-Hal list and one belonging to the list of Iraqi sheiks, noting that all are Sunni political coalitions.

Ubaid reiterated that the postponement was due to the unstable political and security situation.

In the light of the political impasse resulting from the peaceful protests that broke out against Prime Minister Nouri al-Maliki’s government, the postponement was unsurprising.

The decision came following a report by a committee of elders from Anbar underlining new information about the perilous situation in the province and the technical impediments within the electoral campaign that together are lowering the odds of holding elections on time.

“We are expecting the government to agree to our demand [for postponement],” Sadoun added.

The electoral commission did not comment on the council’s demand. Al-Monitor, however, reported a key member of the commission as saying that its council is currently studying and assessing the demand to decide whether the postponement is necessary.

Politically speaking, the Sunni opposition went to even greater lengths, demanding the government be overthrown. The protests held under the banner of “The Friday of Either Iraq or Maliki” have helped to define this aim.

The protests against Maliki will likely grow in advance of the elections. There is a hope in Anbar and elsewhere that the protests can create momentum and pressure to force Maliki from office. The protesters hope that the postponement will create a trend that others will follow, leading to an election strike and further protests, as part of a campaign to force Maliki from office.