Mazal Mualem foresees the new Knesset opposition parties to be both diverse and formidable. 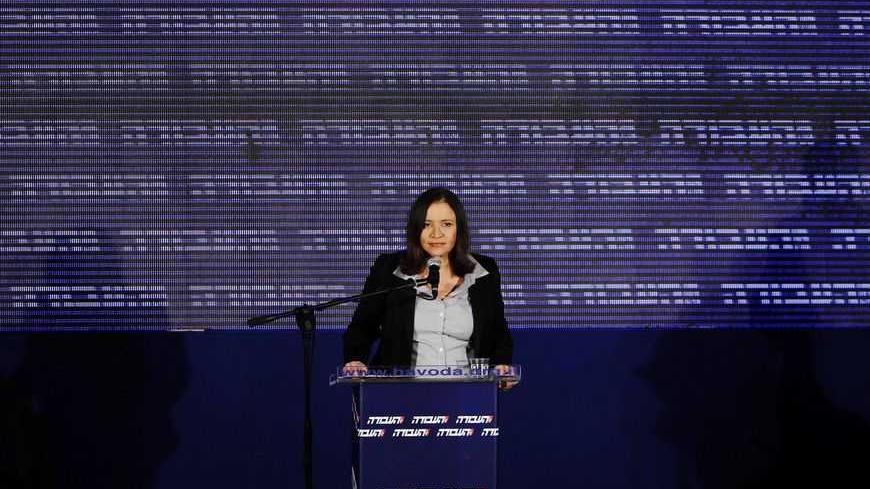 The emerging opposition has excellent opening odds to be recorded as one of the strongest in the history of the Knesset. The combination of combative women and ultra-Orthodox and Arab men, all of whom head parties with a social-welfare orientation and represent weaker elements of the population, promises that it will be interesting.

When one thinks about it, this is also likely to be good news for rehabilitating the image of the opposition institution. The outgoing Knesset transformed the opposition to a lifeless entity, empty of content and symbol of retreat vis-à-vis a predatory government, to the extent of threatening the democratic balance of power.

The opposition will be a combination of two strong, experienced female politicians, Labor Party Chairwoman Shelly Yachimovich (who will lead the opposition) and Meretz leader Zehava Gal-On; and the heads of the ultra-Orthodox and Arab parties. All of them are experienced political animals that can challenge [Prime Minister] Benjamin Netanyahu’s middle-class government of [HaBayit HaYehudi leader] Naftali Bennett and [Yesh Atid leader] Yair Lapid, and make their life difficult.

Ostensibly, the opposition doesn’t seem to have a chance: Yachimovich and Gal-On are on one side, facing the heads of Shas (Eli Yishai, Aryeh Deri, Ariel Atias) and heads of Yahadut HaTorah (Moshe Gafni, Yaakov Litzman). Two highly esteemed, combative feminists who head left-wing parties, facing strong ultra-Orthodox men who represent a masculine society that excludes their women from the Knesset.

But in fact, it could be a perfect social-welfare issues opposition for promoting socio-economic legislation, for the benefit of minority rights and reducing discrimination. This is precisely because these parties share common interests and a social-welfare worldview.

These are not false hopes. Parliamentary and political connections were created in the outgoing Knesset that testify to the latent potential of the current [opposition] constellation; contacts involving productive cooperation between the sides, even mutual respect and affection. For years, there have been intensive and productive contacts between Yachimovich and the ultra-Orthodox. The Labor Knesset member's stormy oppositional temperament fits in well with the ultra-Orthodox agenda, with regard to social-welfare legislation. The socialist Yachimovich and the ultra-Orthodox Gafni worked closely together in the Knesset Finance Committee to prevent the closure of factories, and to fight the contractor worker phenomenon [where workers are hired as contractors thus do not receive social welfare benefits]. Cooperation between the two reached its heights in December 2011, when the Labor faction supported the “Gafni Law” that lightened the tax burden on the middle and lower classes.

In general, the chemistry between Gafni and Yachimovich in the Finance Committee was quite obvious. This does not even include the chemistry that is emerging between the same Gafni and the new feminist in the Knesset, Merav Michaeli from the Labor party; this new chemistry threatens to overshadow even the Yachimovich-Gafni duo.

Last week, Michaeli gave her debut speech to the Knesset plenum, and asked Gafni (of all people) to speak after her and welcome her, as is customary. Gafni willingly agreed and from the rostrum, he praised Michaeli; as a reasoned but out-and-out left-winger with a social-democratic worldview.

This is what happened there: Gafni started by saying that while he and Michaeli do represent two opposite poles in the Knesset, when he listens to her speak, he can identify with almost every word she says. He went into detail and said that both agree for the need to strengthen women’s equality in Israel, and waxed poetic over the question “what is socialism in our days.”

“I sign my name to the Labor party’s struggle for social-welfare,” said Gafni and recalled how he got into an argument with the CEO of a large Israeli bank because he said that “with his salary, he could support an entire poverty-stricken neighborhood.” In his speech, Gafni’s coup de grace was when the ultra-Orthodox Knesset member turned to Michaeli with obvious affection and said, “Your place is in the Yahadut HaTorah party,” (Gafni’s party – M.M.)

Meanwhile, Zehava Gal-On worked together with Gafni and Knesset member Yitzhak Vaknin from Shas in an effort to halt the contractor-worker phenomenon in the civil service. Gal-On and Gafni also submitted a joint suit in the Finance Committee: to forbid anyone who has financial holdings like banks, to enjoy ownership of the media.

This unusual alliance, between the ultra-Orthodox who will soon be ejected from the government and the Arabs who no-one counts anyway, together with Yachimovich and Gal-On, is truly an “alliance of outcasts.” The following anecdote shows us that it is, however, a logical partnership:

Someone in the Shas faction suggested to Yishai to run as a candidate for the role of opposition chairwoman opposite Yachimovich, despite the fact that she heads the largest faction. Yishai did not even toy with the idea. He rejected it outright, and said frankly, “If I head the opposition, that will make it difficult for me to lead the fights connected to the ultra-Orthodox public. On the other hand, if Yachimovich will be the head, that will make it much more simple. No one will accuse her of promoting the ultra-Orthodox [agenda] and in my eyes, she is preferable to any ultra-Orthodox Knesset member.”