The Palestinian Authority has publicly supported the West Bank protests, but is keen to avoid spoiling US President Barack Obama's visit in March, writes Daoud Kuttab. 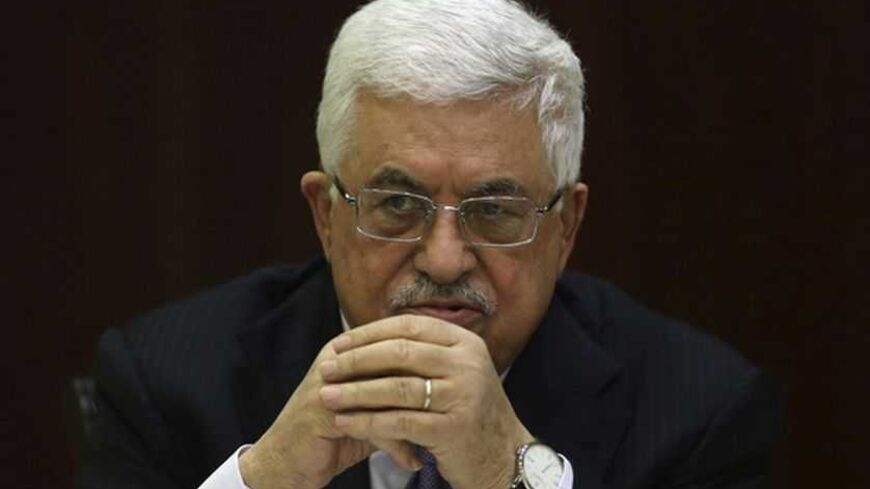 One of the biggest questions being raised these days is whether the Ramallah-based Palestinian leadership favors the escalation of Palestinian protests. For the past few weeks, Palestinian anger has been publicly displayed in various forms, most prominently in street protests that have raised speculation that a third intifada could be around the corner.

Protests have escalated largely in parallel to and in support of the hunger strikes, including the months-long fast by Samer Issawi and other prisoners. These protests received a boost of sorts when Israeli prison officials revealed that a 30-year-old detainee in their care, Arafat Jaradat, died last Saturday, Feb. 23. Initial Israeli claims that his death was due to an unexpected heart attack were never accepted by Palestinians, who were certain, due to previous experience, that his death was the result of torture. An autopsy attended by a Palestinian doctor appears to have confirmed the Palestinian narrative.

With Jaradat's death, the violent escalations threatened to get out of hand, and could easily continue up to and during the visit of US President Barack Obama in the second half of March.

Israeli military and political officials quickly moved to reduce some of the causes of Palestinian anger. Samer Issawi’s detention was shortened to a possible release date of March 8, a full two weeks before Obama’s arrival.

Another Israeli tactic was to reduce economic anger among Palestinians, quickly transferring the monthly taxes collected on behalf of Palestinians and hitherto withheld because of the Palestinian’s UN move. While some scoffed at this move, it has produced some results, including the cancellation of a general teachers strike, although some teachers said that they would still follow through with it.

Rami Medhadwi, a public-relations official at the Ministry of Finance, told the national Palestinian wire service Wafa that all public-servant salaries due for the month of January would be paid Wednesday, Feb. 27. There is no doubt that the Israeli transfer of $100 million helped the Palestinian treasury to meet the salary requirements to its employees.

Israel's worry about the possible eruption of a third intifada appears to have also dramatically changed the rules of engagement. Israeli military officials have been ordering field officers to maintain high levels of discipline in an attempt to avoid providing further fuel to the protests. The chief of staff of the Israeli army, Benny Gatz, was photographed visiting his troops in occupied Palestine among Israeli media reports that the purpose of his visits was to search for ways to defuse the situation on the ground.

While the Israelis have been working overtime to reduce tensions, a question lingers: What, exactly, is the Palestinian leadership's position? For the most part, Palestinian officials have been publicly supportive of the prisoner protests and were among the first to publicly denounce the killings of Arafat Jaradat. Palestinian Authority President Mahmoud Abbas spoke by phone to Jaradat’s family and has asked for an international investigation into his death in the Israeli prison.

But while Palestinian officials are publicly aligning themselves with the protests, it remains unclear whether they favor or oppose an escalation in the violence leading up to Obama's visit. Unlike his predecessor, Abbas has consistently been opposed to what is often referred to as the "militarization" of the intifada. He favors nonviolence and has always opposed violent protests, which he argues are counterproductive.

Abbas, whose team has been working hard to prepare for the Obama visit, is aware that if the level of violence escalates dramatically, it could lead to the cancellation of his expected short three-hour visit to occupied Palestine. But at the same time, Abbas is unwilling to be seen by his people as actively involved in repressing the demonstrations through mass arrests and a direct crackdown by Palestinian security.

The likely result will be Abbas taking a neutral position, allowing the public to protest while standing by to prevent the demonstrations from spiraling out of control and threatening Obama’s visit.