The Kurdistan Region of Iraq is shifting its investment and development focus from housing to tourism, agriculture and other industry, writes Abdel Hamid Zebari. 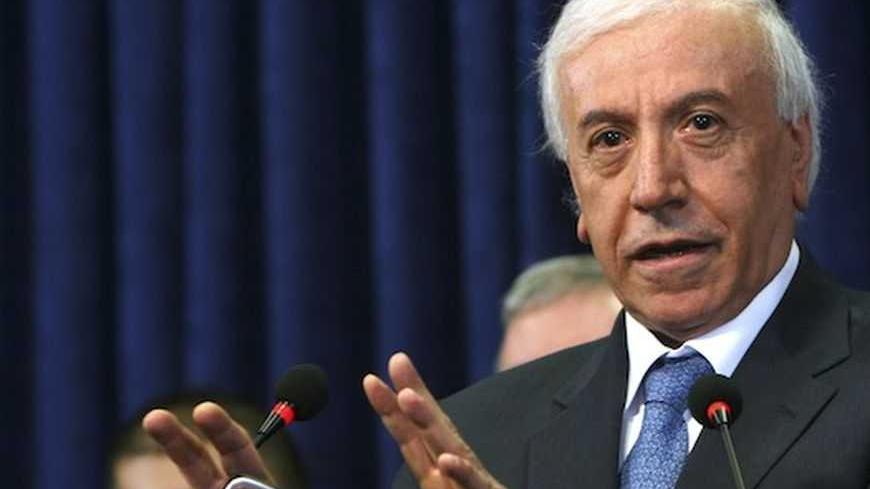 Iraqi Kurdish Minister for Natural Resources Ashti Hawrami speaks during a news conference in Erbil, Feb. 7, 2013, to discuss the region's plans to build its own oil export pipeline to Turkey. - REUTERS/Azad Lashkari

The Kurdistan Region of Iraq is preparing to change its investment approach to focus on new areas of foreign and local investment — including tourism, agriculture and industry — after having focused exclusively on housing for the past six years.

According to statistics obtained by Al-Monitor from the General Investment Authority in the Kurdistan Region, foreign and local investments have reached $24.5 billion across 521 projects extending over an area of 8500 acres in the region’s three major cities, Erbil, Sulaymaniyah and Dohuk.

The Kurdistan Regional Government has thus far focused primarily on housing projects, which have expanded to reach 8,500 units. Oil and health projects have also been initiated, local hospitals and 5-star hotels have been built, and small projects have been funded through grants in the agricultural, industrial and banking sectors.

The government’s interest in housing projects and in building hotels reflects its desire to restore the region's infrastructure after it was damaged by difficult economic conditions in the 1990s.

Norouz Mawloud, director of legal affairs at the investment authority in Iraqi Kurdistan, says that the housing sector has reached advanced stages. As a result, the focus is now shifting to three other vital sectors: agriculture, tourism and industry.

Over the past few years, several housing complexes have been built to provide people with limited income and governmental employees the opportunity to buy a house and pay for it in monthly installments. Young people have especially benefited, since they could pay just half of the house’s price in the beginning, and pay back the remainder through installments over ten years.

Figures from the commerce ministry in the region indicate that the number of registered foreign companies currently exceeds 2,000.

Kawa Wali Muhammad Ali, an economic analyst and academic in the faculty of business and economy at Saladin University in Erbil, says that the 2006 investment law encouraged investors by protecting their interests. “After the parliament approved the law and the regional government ratified it, many foreign companies made investments in the region," he told Al-Monitor. "Today, hundreds of projects are being implemented by foreign companies or investors.”

Article 5 of the investment law provides that a project is exempt from all customs-related taxes and fines for ten years from the start date of providing services or starting production.

The article also provides a tax exemption for spare parts imported for a project, as long as their value doesn't exceed 15% of the value of machines and tools. Imported raw production materials are also exempted from customs duties for five years.

The investment law in the Kurdistan Region differs from the one governing the rest of Iraq, where the Iraqi government continues to impose taxes on foreign investors.

Foreign investments in Iraqi Kurdistan constitute between 37% and 47% of local investments, in addition to roughly 15% of shared investments. “We are bullish, but our ambition is for the rate of investments to increase even more," Ali says. "The Kurdistan Region of Iraq has wide spaces that are suitable for agriculture, in addition to natural touristic regions that can attract tourists, especially during summer.”

Ali adds that the region's new interest in agriculture, industry and tourism is very important, and he says investors should launch industrial projects in Erbil, Sulaymaniyah and Dohuk. "The government must focus on profitable industries and facilitate the conditions to implement such projects,” he says.