Al-Monitor’s coverage and analysis of the upcoming visits by President Barack Obama and Secretary of State John Kerry to the Middle East, Kerry’s call for a negotiated outcome in Syria and Tunisia’s worsening crisis. 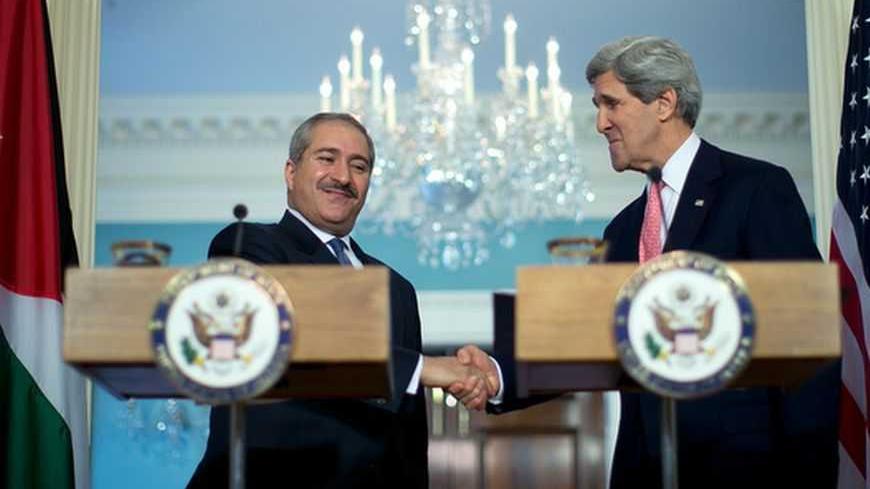 There is truth in the old saw that the United States cannot want peace more than those in the region want it themselves. Geoffrey Aronson writes this week that  Secretary of State John Kerry venturing to the Middle East to listen and seek advice on how best to move the Israeli-Palestinian process forward is akin to seeking advice from inmates on the running of an asylum.

There is some déjà vu here. The Obama administration came into office in 2009 with a similar vigor. President Barack Obama appointed George Mitchell as U.S. Special Envoy for Middle East Peace on Jan. 22, 2009, just two days after the president took office. Mitchell also began with a “listening tour” in the region. The process went nowhere.

A significant difference from 2009 is that Kerry’s visit will precede a trip to Israel, the West Bank and Jordan by President Obama himself next month.

Ben Caspit writes that most Israelis support the peace process, and that Obama could have an even greater impact if he gave a speech at Rabin Square in Tel Aviv. Nadav Eyal reported for Al-Monitor about a Facebook initiative in Israel to support Obama speaking at the square.

Expectations are still, perhaps prudently, kept in check. In an exclusive interview with Al-Monitor this week, Saeb Erakat, the chief Palestinian negotiator, told Shlomi Eldar that an Israeli freeze on settlements must be a precondition for renewed talks. Daoud Kuttab writes that while Palestinians have an interest in US engagement, it should not hinder the development of their own simultaneous strategic track which is both rights based and anchored in international law. Hazem Balousha reported for Al-Monitor from Gaza that Palestinians there expect nothing much to come of Obama’s visit.

Kerry’s willingness to pursue diplomacy in the Middle East is a marked change from his predecessor, Hillary Clinton, who mostly avoided direct involvement in regional diplomacy and left office with a thin record there, as Barbara Slavin reported here last month

While the outlines of a strategy for Middle East peace may still be in the making, Kerry has already seized on the need for a “negotiated outcome” in Syria. In a press conference with Jordanian Foreign Minister Nasser Judeh on Feb. 13, Kerry said: "[M]y goal is to see us have a negotiated outcome and minimize the violence. It may not be possible. I’m not going to stand here and tell you that’s automatic or easily achievable. There are a lot of forces that have been unleashed here over the course of the last months. But we owe it to ourselves, we owe it to the Syrian people and the region and the world, to make every effort to explore ways to achieve that negotiated outcome. And we intend to do that.”

Kerry further explained that “the reasons for wanting to have a negotiated solution, which the Syrian Opposition Council leader, "[Moaz al-]Khatib, has himself courageously spoken out about in the last days, is that you want to avoid if you can — if you can, I emphasize — the implosion of the state, because that’s dangerous for everybody. And it proposes the possibility of the worst kinds of outcomes.”

The endgame in Syria, as this column has reported, must include a negotiated outcome between opposition forces and the Syrian government, including Syrian President Bashar Al-Assad’s Alawi community, to avoid the implosion of the state that Kerry described.

The pivot to a negotiated outcome, if it holds, puts further pressure on Turkey, as Tulin Daloglu and Cengiz Candar wrote this week. Ankara’s Syria policies to date have served to accentuate the sectarian and regional aspects of the crisis, rather than moving the crisis toward a political solution.

There will be fits and starts in the effort for a negotiated outcome. Moscow has been seeking to broker a meeting in Moscow between Al-Khatib and Syrian officials, although this is not yet confirmed. The hopeful news is that the United States' willingness to endorse a diplomatic approach with words and deeds strengthens whatever slim chances may exist for ending the Syrian tragedy.

According to Ali Hashem, who reported this week for Al-Monitor from Tunis, the assassination on Feb. 6 of Chokri Belaid, a Tunisian lawyer and opposition leader with the left-secular Democratic Patriots' Movement, “revealed much about what had been unsaid: The struggle for power in the Arab Spring's birthplace is in a place beyond compromise.”

Tunisia has been rocked by demonstrations since the assassination, amid calls for the appointment of a new government. The country is in a state of political despair, as the Islamic governance by the ruling Ennahda Party is stoking fears of an Islamist trend that is squelching democratic and secular forces.

In an exclusive interview with Al-Monitor, Basma Khalfaoui, Belaid’s widow, told Hashem that "Ennahda's leader, Rachid Ghannouchi, threatened [that] he is taking us to court […] When some accused his movement, he didn’t trouble himself to deny [it]. This mentality is destroying the country, but we are going to the end with our request to uncover the truth. We are going to the end."