The good news about the talks between Iran and the P5+1 in Kazakhstan may be the shared interest in turning the talks from events into a diplomatic process to allow time to bridge the gulf between positions, writes Mohammad Ali Shabani. 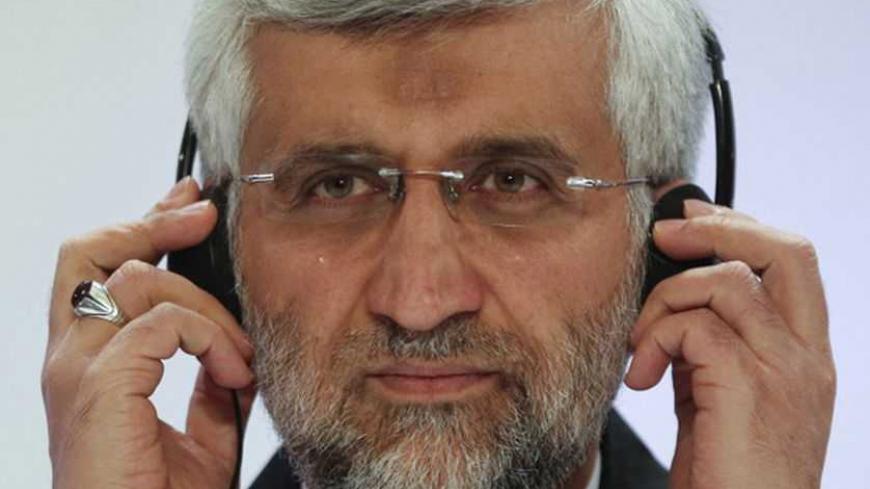 With the conclusion of the nuclear talks between Iran and the P5+1 in Kazakhstan, there is confusion about what to expect next. To move past this haze, it’s necessary to soberly assess the various aspects of the talks.

There are three main reasons to be upbeat about the rendezvous in Kazakhstan.

First, the world powers finally offered tangible sanctions relief in exchange for measures targeting 19.75%-enrichment on Iranian soil. While the exact details are unclear, the P5+1 reportedly put restrictions on Iranian gold imports and petrochemical exports on the table. There are some disputed reports of an offer to slightly lift some of the myriad Western banking sanctions.

Second, for the first time, the P5+1 showed an understanding of the importance of saving face for Iran. This was displayed, as will be discussed below, in the way the world powers’ demands were presented.

Third, there was agreement that nuclear talks need to be transformed into a process rather than events. This was shown by the consensus on holding two rounds of follow-up talks relatively soon.

On a not-so-positive note, there were two disappointing aspects of the talks.

First, from an Iranian point of view, there is still no reciprocity in the P5+1’s offer.

Key to understanding the significance of the reportedly offered sanctions relief is gauging the penalties’ impact. This is quite tricky.

EU sanctions on imports and shipping/insurance of Iranian petrochemical products went into effect in mid-2012. The National Iranian Petrochemical Company (NIPC) says petrochem exports in the calendar year that ended March 19, 2012, totaled $14.2 billion. Roughly half of these sales went to Asia. This figure is corroborated by the Tehran Chamber of Commerce, Industries, Mines and Agriculture (TCCIM), which separately releases trade statistics.

The TCCIM says petrochem sales in the first 10 months of the calendar year that ended March 19, 2013, dropped to $8.62 billion. There are several reasons for this. According to experts quoted by Reuters, the EU shipping sanctions have played a significant role. However, industry sources interviewed for this article say there are major domestic dimensions, too. “The government banned petrochem exports in late 2012, only to pull back and introduce new restrictions soon afterwards. Now, we have ‘regulated’ exports.” Part of the issue is apparently due to the pricing of so-called raw petrochemicals, with the government advocating the diversion of such goods to domestic manufacturers of value-added products over direct exports. “The government imposes rial prices, which the currency devaluation has made unattractive,” the industry sources emphasized. Considering the Iranian government’s own export restrictions and how sales have been impacted by financial penalties that are not on the table, the attractiveness of a lifting of petrochem sanctions is dubious at best.

As a whole, the petrochemical sector is insignificant to the $500 billion Iranian economy. To put the reported $3.6 billion drop in petrochem exports in context, the International Energy Agency (IEA) estimates that Western-led sanctions on Iranian oil sales cost the Islamic Republic $40 billion in 2012.

The significance of the gold sanctions is also unclear. Over the past year, Tehran bypassed banking sanctions by using liras earned from energy exports to Turkey to buy gold. Turkish gold sales to Iran surged to $6.5 billion in 2012 — over 10 times the figure for the preceding year. Meanwhile, gold exports to the United Arab Emirates — the lion’s share assumed to be carried out by Iranian couriers — jumped to $4.6 billion from $280 million in 2011.

As seen during the past decades, the Islamic Republic is likely to continue finding ways around sanctions. And if it can’t, it might simply lower oil and gas sales to energy-poor Turkey. As the Turkish government includes gold exports in its overall trade balance sheet, precious metals sales to Iran allowed it to narrow its gaping trade deficit. Now, Turkey — which isn’t a major gold producer — is facing a major trade gap and the prospect of having to reluctantly rely more on Russia for energy. In sum, Iran is well aware of how the gold sanctions are harming its American-allied neighbor to the West, too.

The point of evaluating the impact of the P5+1 sanctions on the table is not to downplay their utility in promoting diplomacy, but to show how — from an Iranian point of view — they’re not commensurate with what is demanded. To borrow the words of chief Iranian nuclear negotiator Saeed Jalili, “It is not important that these steps are small … the important thing is that those steps should be balanced. A response to a small step is a small step.”

This brings us to the second disappointing aspect of the talks in Kazakhstan — the P5+1’s demands. In the previous round of talks in Moscow last summer, the world powers wanted Iran to stop enrichment to 19.75%, shut down its Fordow plant and ship out its stockpile of this grade of uranium (“stop-shut-ship”).

Ahead of the talks, one Western official — who spoke to Reuters on condition of anonymity — said that “we use very careful wording, such as decreasing readiness of Fordow,” emphasizing that “these are face-saving words.” It should be appreciated that Western leaders are beginning to grasp the importance of saving face for Iran. But coming up with a balanced offer is equally important to breaking the nuclear deadlock.

Despite the new packaging, the P5+1’s demands have actually expanded in practical terms. The world powers want operations at Fordow suspended and the site “modified” to lengthen the time necessary to restart it. This will in effect render the plant useless for its purpose (which is to function as an insurance against the military option). Thus, as far as Iran is concerned, Fordow will have been given up in terms of a strategic bargaining chip.

Along with the demand that all activities at Fordow be suspended, a “senior US official” said the P5+1’s offer will allow Iran “to produce and keep a small amount of enriched uranium for use in a research reactor.” From this, it can be construed that Tehran will merely get to keep its 328 first-generation centrifuges churning out 19.75%-enriched uranium at Natanz, which is vulnerable to airstrikes. These centrifuges are only capable of producing 4.2 kilograms of 19.75%-enriched uranium per month. In comparison, Iran currently has 696 centrifuges in operation at Fordow, churning out 10 kilograms of enriched uranium per month. An additional 2,014 centrifuges are installed at the site and on standby. With the enrichment capacity the P5+1 has in mind for Iran, it would take close to five years to produce the 240 kilograms of 19.75%-enriched uranium branded a “red line” by Israel.
This brings us to the issue of Iran’s stockpile of this material. From what’s been said so far, it can be assumed that Iran will be allowed to convert its stockpile of 19.75%-enriched uranium to reactor fuel instead of shipping it out. To be clear, this is not a Western concession. Tehran already possesses several years’ worth of fuel for its Tehran Research Reactor. Moreover, conversion of the enriched uranium into metallic form is very difficult to reverse. From an Iranian point of view, even though the current stockpile of this material has intentionally been kept below the 240 kilogram "red line," it is a strategic bargaining chip.
Lastly, the P5+1 now want Tehran to agree to “increasing nuclear safeguards, transparency and IAEA inspections that would prevent a rapid Iranian breakout capability.”
In sum, the P5+1’s “new” package will, in practical terms, require Iran to give up all the bargaining chips required by the previous “stop-shut-ship” proposal. More importantly, it will strip Tehran of powerful escalatory options in return for minor concessions.

Considering the lack of reciprocity, the upcoming Iranian presidential elections and the mere fact that Jalili’s team only listened in Kazakhstan, it would be wise to refrain from expecting a breakthrough in the near future. What would be wise is to appreciate the consensual desire to turn the talks from events into a real diplomatic process, as well as the time needed to bridge the wide gulf between Iran and the P5+1’s positions. Most importantly, it is crucial that all sides show the political will to move forward — and recognize that more than one party may be pursuing a dual-track policy.

Mohammad Ali Shabani is a doctoral researcher at the School of Oriental & African Studies, University of London and editor of the Iranian Review of Foreign Affairs. He has worked in media organizations and think tanks in Iran. He tweets as @mashabani